An imposing early 19th century English gilt bronze and slate mantel timepiece by Vulliamy, London, numbered 1921 surmounted by a well cast figure of an eagle looking to the left with wings raised sitting astride a flaming branch on the drum case, flanked by a pair of monumental lions each on its own plinth and with front claws overhanging the edges, the plinth base further set with a male mask issuing foliage, the signed 5 inch silvered dial signed between XI and I with dot numeral markers and engine turned centre, with eccentric moon hands, the movement with circular plates united by four turned tapering pillars and with chain fusee to Vulliamy’s typical half dead-beat escapement, with rise and fall regulation.

An eminent maker to the King. Many of his fine clocks are in Windsor Castle and other important collections. One can assume because of this clock’s extra large proportions that it was commissioned for an important, specific venue or Palace
Date: Early 19th Century 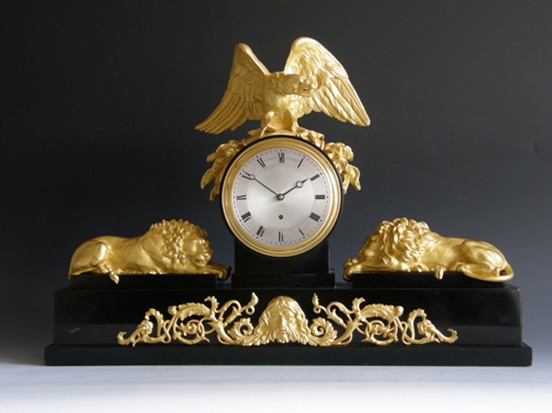 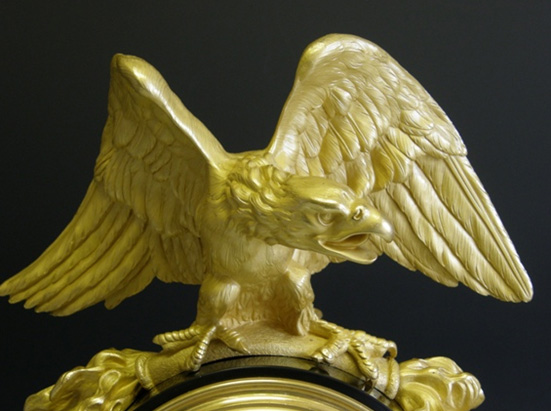 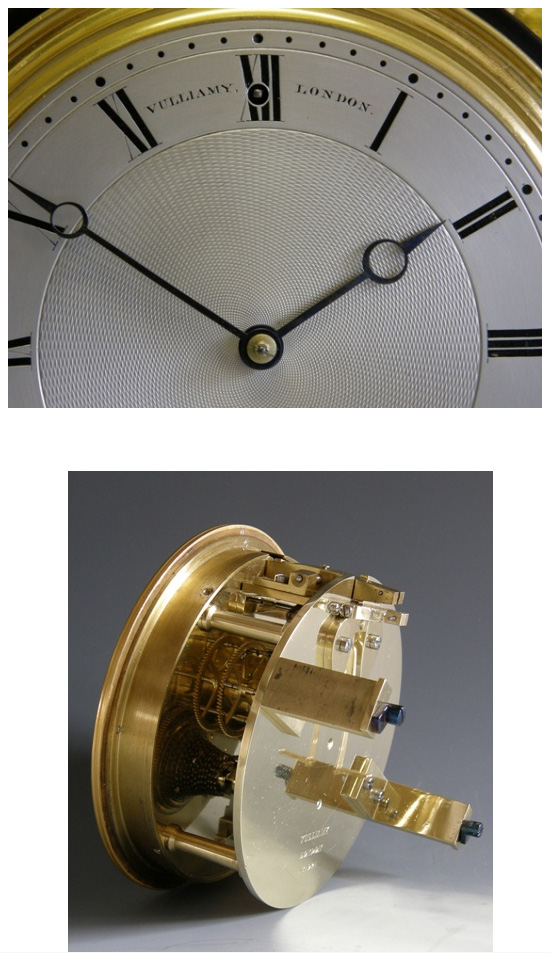