The Vintage Magazine is delighted to have been introduced to Claudia Morris, a new discovery for us but a lady who has firmly established herself on the tour circuit and we would love to bring her talent to a wider audience.  To whet your appetite, we have 10 copies of her latest album, Secret Love, to give away on a first come, first serve basis and then we would suggest you visit her website and book to see her forthcoming tour which starts on Friday 13th February at Millfield Arts Centre, Edmonton.

CLAUDIA MORRIS returns to the stage in ‘Secret Love’, the heart-warming musical celebrating the life & career of the incomparable Doris Day. The show returns to the UK in February 2015 for a two month tour, following the success of the UK tour in 2013. 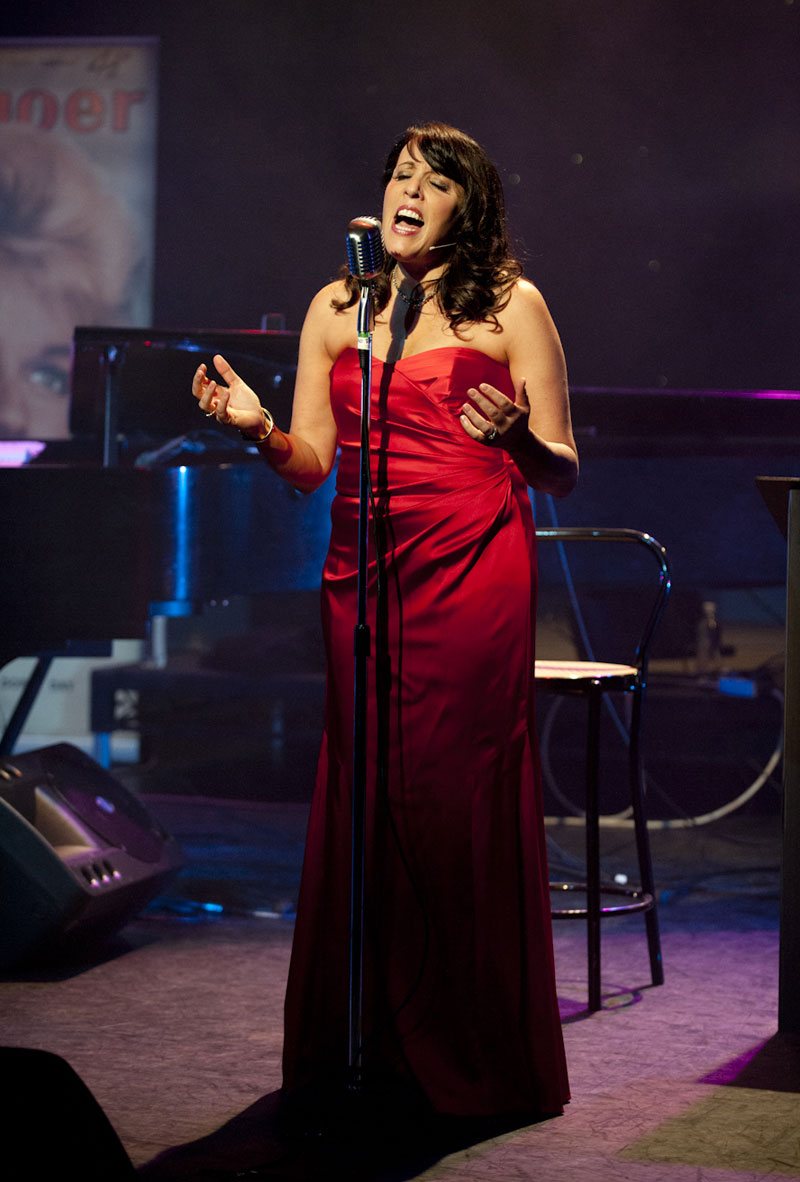 A stellar performer in her own right, Claudia’s earlier theatre credits include performing in the original cast of Buddy in the West End at the Victoria Palace Theatre. Claudia also performed at The Royalty Theatre, Sadler’s Wells, The Liverpool Playhouse and the Cheltenham Everyman Theatre.

After a break to raise her family she released her debut album ‘Love And Demons’ in 2009. She went on to explore her love of jazz with her second album ‘Twelve O’Clock Tales’ in 2012.  This opened up the opportunity for Claudia to create and embark on her very own passion project – the 21 date tour around the UK of ‘Secret Love’. It ran to great acclaim last autumn and now returns due to popular demand with 26 dates in total. Click on the link for all dates and times http://www.claudiamorris-music.com/concerts – book now to avoid disappointment.

Since then Claudia has been picking up plaudits from critics as well as completing a very successful BBC radio tour. On top of this Claudia has recently signed to Right Recordings.

David Landau of Right Recordings said “We are delighted to announce the signing of the outstanding jazz vocalist Claudia Morris to our label. 2015 will be a great year for Claudia with the tour and release of her album, Secret Love, to look forward to”.

Now, in an intimate evening of reminiscence, Claudia explores why she’s been so influenced by Doris Day. Expect plenty of laughs, a few tears and some surprises in this celebration of Day’s extraordinary life.

Accompanied by a live band and actors, this show is unique and unmissable, and includes such evergreen hits as…‘Que Sera Sera’, ‘Sentimental Journey’, ‘It’s Magic’ & ‘Perhaps Perhaps’, as well as some rare, poignant songs that show the many sides of this intriguing icon.

To accompany the show, a collection of songs from the production have been captured in the studio and released as an album also entitled ‘Secret Love’. The album is due to be released in February.

For more details about Claudia, the tour and her music – including the ‘Secret Love’ album – visit http://www.claudiamorris-music.com

What they’re saying about Claudia Morris:

“If this is a return album for the vocal talents of Ms Morris (whose own natural slant on ‘scat’ stands comparison with the incredible skills of Ella Fitzgerald), then I urge her management team to get its spurs on and exercise her talents in other fields. Her voice is beguiling and charming…” – Ian Robertson, Reviewed Online – The UKs No. 1 Review website

“Claudia Morris sings with flair and beauty, innocence and integrity, and with her colleagues catches appetisingly the hip, louche nature of the 1950’s Sinatra-era. When the three sing together, it’s even more magical still.” – Roderic Dunnett, Musical Theatre Review

“At no stage is ‘Secret Love’ Deadwood, so Move Over Darlings, here comes Claudia Morris with her Wonderful rich and expressive voice…” – Mike Read, BBC Radio

“Claudia Morris captures the sophistication of Day’s delivery.” – The Stage

“Claudia adds a sophisticated jazz take on many of Doris Day’s hits with a voice that is pitch-perfect, is beautifully interpretive with flawless diction and has an unerring sense of rhythm.” – David Gregor, Bolton FM

“The first class musicianship and arrangements on Twelve O’clock Tales surround Claudia’s voice, but allow the high polish of her voice to shine through. Claudia is an exciting and rising star to watch.” – Nigel Williams, Jazz FM