Whirlwind being passed by Enterprise to windward, with Yankees Weetamoe; America’s Cup Selection 1930

Price : THIS PAINTING IS NOW SOLD

Stephen Renard was born in Huddersfield in 1947. Although he was interested in art, and clearly gifted artistically from an early age, he chose to go to teachers training college at Liverpool University, concentrating on the sciences.

After an initial career as a teacher, he became a professional portrait artist and supplemented his income as an illustrator of children’s comics. In 1981 he bought a boat and developed his love of the sea and sailing. He turned to painting sailing ships and his work quickly became very popular with marine art enthusiasts and art dealers.

Stephen Renard is presently regarded as one of the world’s leading painters of yachting subjects and is widely acknowledged as one of the most rapidly rising commercial successes in this field.

In addition, he was asked to work for the Royal Thames Yacht Club, and, for his first commission, he produced a painting of the Spithead Review, honouring the birthday of Queen Elizabeth, the Queen Mother. His work continues to be in constant demand from collectors and dealers around the world, and his painstakingly accurate oils have continued to prove to be sound investments. 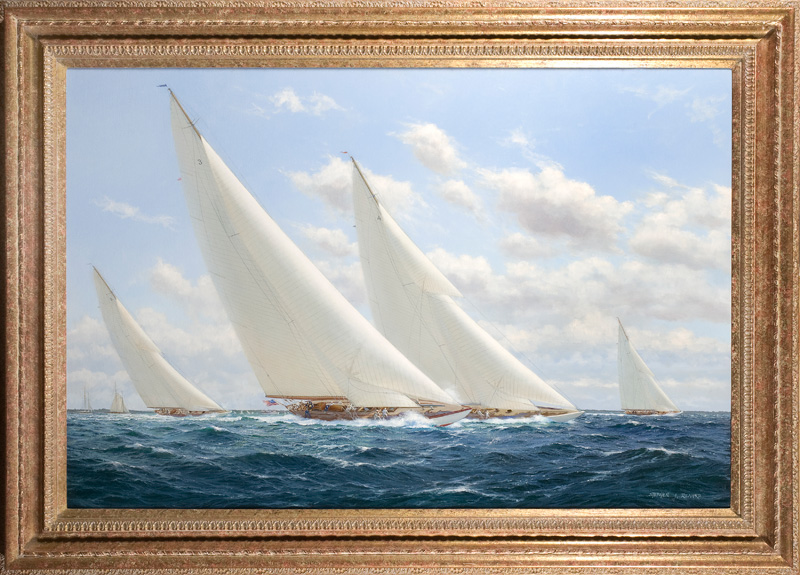