“This is a book to read slowly; to dip in and out of and to savour and to read with the seasons. It is a book for the Devon connoisseur and the Devon beginner and celebrates an endangered way of life. It is full of colour and of wisdom. It is, quite simply, a delight.”

These words greet the newly published ‘My Devonshire Year’, I cannot improve on them.  This book is being published by my very good friend, Richard Webb, who lives in a beautiful house in Warfleet Creek, at the entrance to Dartmouth harbour where he can sit at his desk and watch all manner of boats and ships arrive and depart.

Richard has admitted to me that he was persuaded out of retirement to publish this wonderfully evocative book of a county which I have adored since I was first introduced to it as a child, and it has had a great impact on my life in a number of different ways, not least of which, because its capital, Exeter, was the home to Richard’s previous company, Webb & Bower.

It was in the beautiful Georgian house in Colleton Crescent, that we created so many bestselling books, and it was in his first offices in nearby ‘Southernhay’, where in an act of pure genius, 38 years ago, Richard Webb published the superbly romantic celebration of the English countryside called ‘Country Diary of an Edwardian Lady’, one of the most successful books ever published, selling over three million copies in13 languages. It was, at that time, the longest running bestseller in the history of UK publishing, and is still in print 38 years later.

Webb & Bower published this book in 1977, as a joint venture with Michael Joseph, but Richard’s real stroke of genius was retaining all the licensing and merchandising rights, which proceeded to make them a small fortune, and then a big one!!

However, the success of ‘Country Diary‘ which was a nostalgic, romanticised reflection of the Edwardian era should not be allowed to overshadow his latest venture because, ‘My Devonshire Year‘  is, in my opinon. an altogether more relevant book to our lives, being a wonderfully evocative celebration of Devonshire, written within our lifetime.

Richard still publishes books on local history under the ‘Dartmouth Books’ imprint, and is very much an integral part of the local scene.  This latest publication has the potential to propel him back into the publishing limelight, and if it is as popular as I predict, then his new book is heading for the ‘BESTSELLER LISTS before too long. 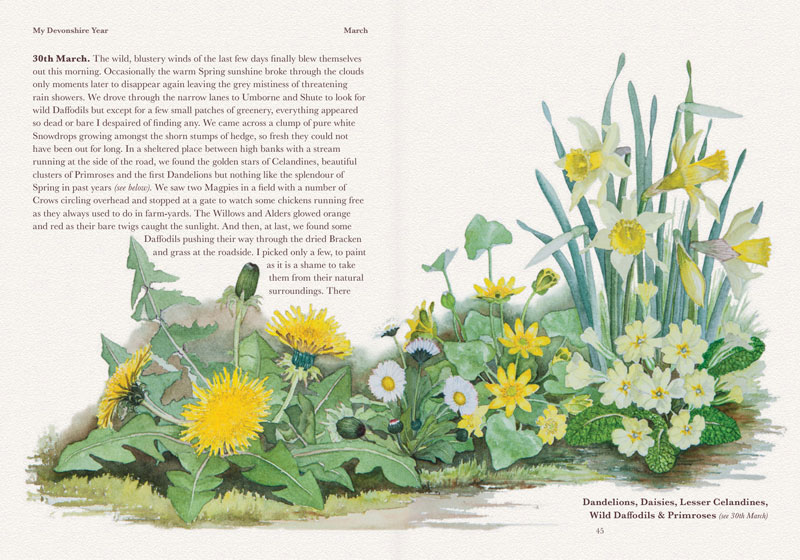 THE BOOK OF THE YEAR

It was originally written and painted to celebrate the beauty of Devonshire.

When the author feared she would have to move far away and lose her beloved West Country home, she decided to write this journal as a permanent record of her love of Devon.

She captured a whole year in words and pictures and it eventually took her six years to complete the detailed work.

The journal then remained hidden for thirty years.

As the delicate watercolours had been concealed for decades they are as fresh today as the day they were painted.

The author’s name is Margaret I. Pogson and the book is titled

An evocative account of Margaret Pogson’s timeless observations of the natural history along the coastline and countryside of Devon’s Jurassic Coast.   Join Margaret on her gentle journey through the year and enjoy her enchanting portrait of the landscape she saw around her. It is a calm and peaceful world that evokes the natural beauty of Devon.  Her personal journal of the shifting seasons is a beautiful record of another time, another place…

THE BEAUTY OF DEVON HEDGEROWS 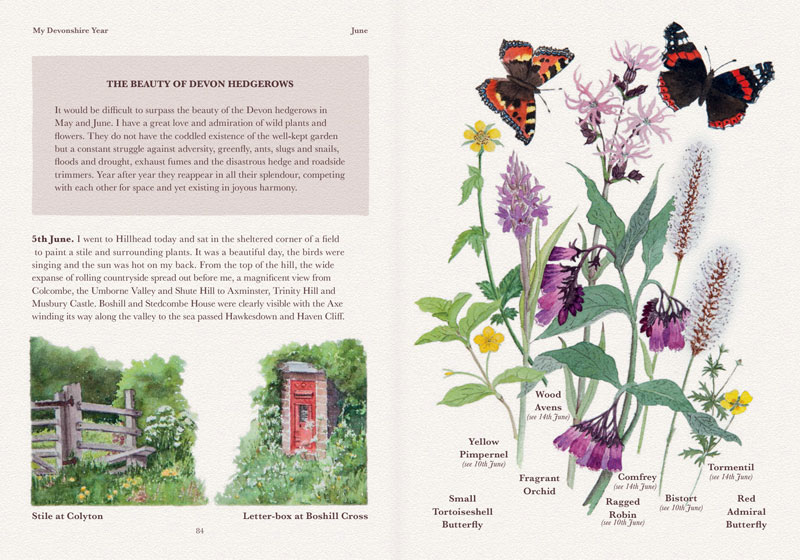 It would be difficult to surpass the beauty of the Devon hedgerows in May and June. I have a great love and admiration of wild plants and flowers. They do not have the coddled existence of the well-kept garden but a constant struggle against adversity, greenfly, ants, slugs and snails, floods and drought, exhaust fumes and the disastrous hedge and roadside trimmers. Year after year they reappear in all their splendour, competing with each other for space and yet existing in joyous harmony.  Margaret I.Pogson 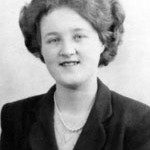 Although Margaret’s grandparents were from Devon, she was born in Derbyshire in 1934. The family then moved near London where her father ran a busy signal box. Her mother used to paint and that inspired Margaret who, when only 14, won a gardening magazine competition for flower painting. Later she received further art education at evening classes and local art societies and was inspired by visiting professional artists. The family moved to the Lincolnshire Fens where Margaret was to meet Kenneth, her future husband. He was a railway fireman who used to pass her father’s signal box. On the express routes he fired famous steam engines such as the Flying Scotsman. They married, had two sons and later moved to Seaton in East Devon in 1970 where her husband, who having left the railway in 1961, ran the local Ambulance Station. The journal was started in 1979 and completed in 1985. Margaret gave the book to Brian, her son, on her 80th birthday and she is delighted that it has now been published. 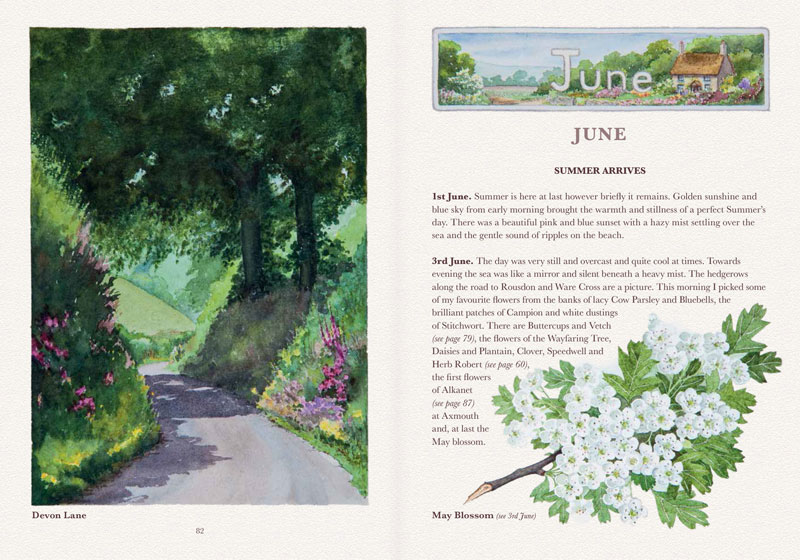 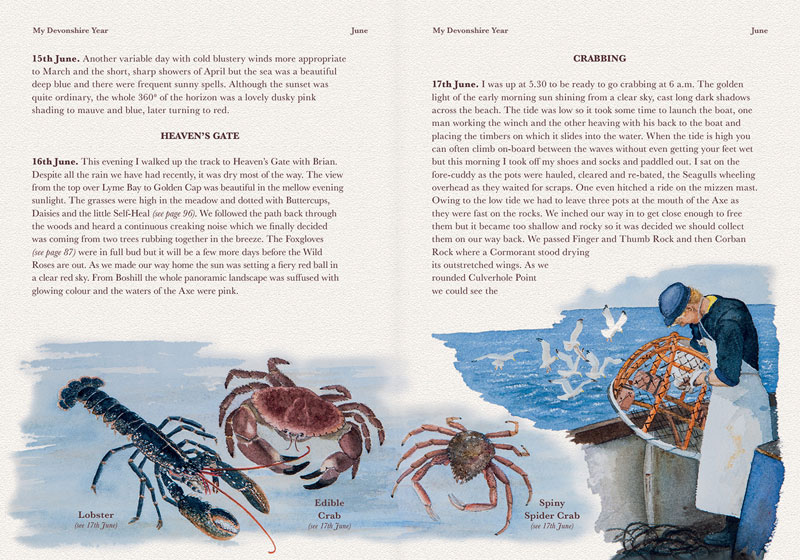