……….is what is needed in our 21st Century Global Village. With many of us owning property and sometimes living in more than one country, will my Will and Last Testament be effective worldwide? It may work under English law but fail in France where I have a holiday flat. And what if I happen to be French but live and own property in London? Let us look at some common examples of cross-border problems when it comes to making a Will.

Perhaps you have created a trust in your Will that includes assets in a country that fails to recognise trusts. This could mean that you have gifted the assets outright to your executors and trustees; not what you intended.

Then there is marriage. Many countries in Europe give part ownership of your assets automatically to your spouse on marriage; Community of Property is what it is called. This means that if you marry a foreign spouse abroad you may own less property than you think to put in your Will.

By far the biggest nightmare can arise if you are a citizen of one country, habitually resident in a second and domiciled in a third; conflicting laws all over the place!

The most common problem, however, is forced heirship. Unlike England and Wales, most of Europe and many countries farther afield, have forced heirship rules requiring a person, when they die, to pass a set portion (often a third to one half) to their spouse, children or other relatives. These rules cannot be changed in a Will. Nevertheless, such laws may not always catch the assets of a foreign person, or at least some of them.

If you are English domiciled, the English courts will apply English freedom of succession law to your foreign investments, cash, bank accounts, and personal possessions (movable assets) but will follow the law of succession in the country where you hold land and property (immovable assets).

So what happens if you are English and own investments and land in, say, Spain, Switzerland, Scotland and France and in your Will you leave everything to your spouse? No problem with Spain and Switzerland. As long as you are not a Spanish national you may leave your estate to whomever you like. There are forced heirship requirements for Swiss citizens too, but provided your Will specifically applies English succession law it, will be effective in leaving all your Swiss assets to your spouse. And provided you are not domiciled in Scotland at your death, you can pass your entire estate to your wife, husband or civil partner.

But France poses more difficulties. Your French investments can pass entirely to your spouse but not your French property and land, whatever your Will might say; a portion must go to your children. Your surviving spouse may, however, be able to opt for a life interest in all your French property. The answer might be to buy a property in France through a Societe Civile Immobliere  or to own it ‘En Tontine’ (similar to joint tenants in the UK).

But what if you are a citizen of one of these countries and you make a Will giving both your English house and all your English investments entirely to your spouse? If you are Spanish or Swiss your children will be able to claim a fixed share of your investments, but English law will allow your house to pass entirely to your spouse. Surprisingly, if you die living in England but domiciled in Scotland, your children can claim a third of your investments.

Yet again, France is a problem! If you are French we have a clash of laws. While the English courts will recognise your children’s claim to a fixed share in your English investments, it will not recognise their entitlement under French law to a share of your house.

You should also consider making an additional Will abroad for your foreign assets. It is not always essential, depending on the Country concerned, but doing so will often eliminate language ambiguities and make it quicker and cheaper to administer your estate.  However, be careful of one common trap. You should make sure that your foreign Will does not conflict with, or worse revoke, your English Will.

For your estate abroad, advice often needs to be taken from specialist foreign lawyers. So it is important, when preparing your Will, that you instruct a firm of Solicitors, such as my own, that has an extensive relationship with a global network of lawyers.

So, how is your Will power? 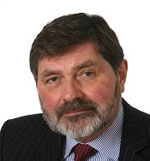 With a history degree from London University, David qualified as a solicitor in 1979.

A few years later he formed his own firm, based in Covent Garden and Kingston. He joined DKLM from a well known Mayfair firm where he was head of the Private Client department.

David has a wealth of experience in most Private Client matters, including drafting complex wills and trusts, advising on UK and international succession and tax planning and administering the UK estates of overseas domiciled persons.

His clients include entrepreneurs and business persons, entertainers and sports persons, other lawyers and professionals and retirees. He acts for UK ex-patriates living in Europe and the US. Many are in Switzerland, where he visits regularly.

He has written on Private client issues for the broadsheets, including The Times and The Daily Telegraph. He has also spoken at seminars on  a range of matters.

David’s interests include all things musical, from Jazz to Beethoven, as well as supporting Cornish Pirates RFC. He has also had to endure being a life-long supporter of Plymouth Argyle.