There are  hundreds of new places to go and be seen in all over London, but it is worth remembering, once in a while to frequent those icons of excellence, such as The Savoy Hotel because their reputations have been achieved for good reason.and this particular landmark building has been the beneficiary of a multi-million pound make-over.

Some might feel intimidated by such grand surroundings but amongst the grandeur is a dedicated staff that are proud of the excellence and reputation of The Savoy and are at pains to continue working to the same exacting standards for which the Savoy has been famous since Cesar Ritz was appointed General Manager by Richard D’Oyly Carte in 1889.

END_OF_DOCUMENT_TOKEN_TO_BE_REPLACED 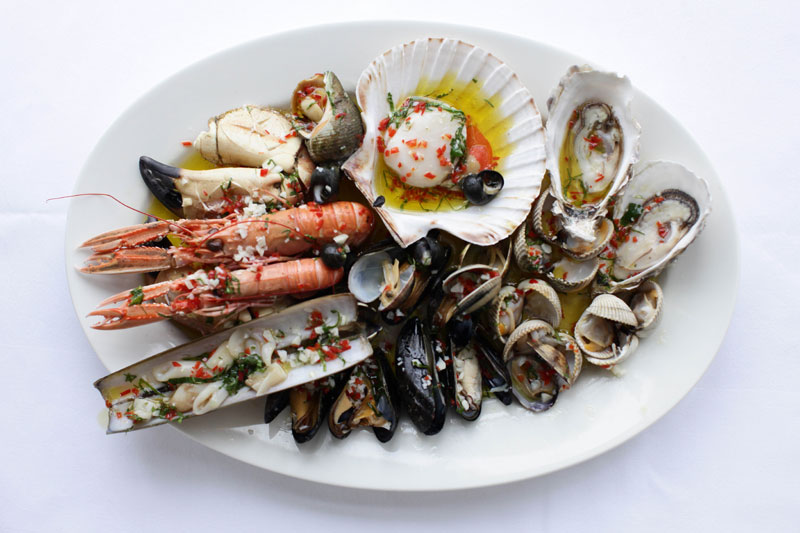 One of the Inovative Dishes on Offer at Rick Stein Sandbanks

Recently we were in the magical county of Cornwall where we were fortunate enough to time our visit with an unprecedented period of sunshine filled days.  To be precise we were in Trebrethrick only a few miles from Rock and a short boat trip across the Camel estuary to Padstow, now fondly known as Padstein due to the predominance of Rick Stein eateries.  However, sadly for us on this trip we were unable to try any of Rick Stein’s emporia but on our return we travelled to Sandbanks in Dorset to try the latest establishment in his burgeoning empire.

END_OF_DOCUMENT_TOKEN_TO_BE_REPLACED

Well, viniculture is one enduring legacy all bon vivants should be thanking the Romans for.  They had vineyards as far north as Lincolnshire but by the 19th century production had almost died out mostly due to pests.

Thankfully with the huge demand in the UK for locally sourced products and the increasing interest in food and drink from small producers, the English wine industry has been well and truly resurrected in the 21st century.

As a whole the UK’s wine industry has upped its game in recent years and has continued to make its mark in international rankings as customers are increasingly realising the high quality of the wine produced in the UK.  As a result of this demand a greater number of producers are flocking to the market.

END_OF_DOCUMENT_TOKEN_TO_BE_REPLACED

I can still remember vividly what the late European Director at Wines of Chile (a generic organisation), Mr Michael Cox, said in a Chilean wine seminar in London a few years back.  “For a long time,” he said with an amused expression, “Chilean wines can only satisfy demand but can’t excite.” Back then, those seminar attendees smiled in agreement. But now, people can grin for Chilean wines for many good reasons, as wines from Chile have never been so exciting.

One of the driving forces behind the rapid transformation of the image of Chilean wines has to be attributed to Mr Eduardo Chadwick, the President of Viña Errázuriz.

END_OF_DOCUMENT_TOKEN_TO_BE_REPLACED

I was all over the place attending wine fairs in the first half of 2015. First up was an organic wine fair in Montpellier in January, followed by ProWein in Düsseldorf. Then came the London Wine Fair in early June. In mid-June, I found myself in Bordeaux for the biennial wine fair, VINEXPO.

There are so many different wine fairs in Europe. Are they all that different? Do you need to attend all of them?  The answer, though it depends, is probably “No”.  For me, if I have to pick only one to attend, I will most likely choose the well-organised and super effective annual ProWein in Düsseldorf. After all, who can beat the German for their efficiency?

END_OF_DOCUMENT_TOKEN_TO_BE_REPLACED

Le Caprice is owned by prolific restaurateur Richard Caring as part of Caprice Holdings bought in 2005 from Jeremy King & Chris Corbin who in their turn bought it in 1981 and throughout all this time it has been a firm favourite with the rich and famous, celebrities and media types alike.  Le Caprice is one of those eateries that continues to thrive whatever the economic state the country is in.  Its ideal location in Mayfair certainly helps but I believe its secret ingredient is that it has remained true to its original ethos.

END_OF_DOCUMENT_TOKEN_TO_BE_REPLACED 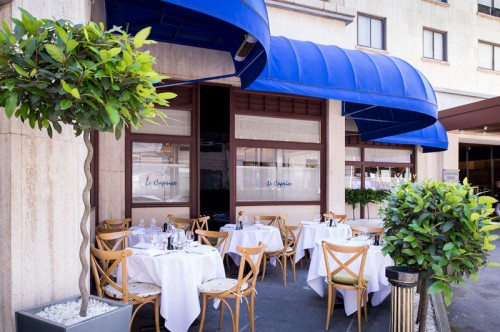 This is the first in a series on ‘Establishment Eateries’, in other words, those  restaurants which have achieved iconic status, and, having just experienced the ‘Wiltons effect’, I can see why this establishment has enjoyed such lasting success.

Wiltons is the  ‘restaurant of choice’ ; the ‘default’ for the Aristocracy, Captains of Industry, Tory Grandees, Kings in Exile, Dukes and assorted Celebrities.

It is an impressive Establishment stronghold, reeking of confidence, and full of self-belief, but not self-satisfied or pompous; it remains endearingly accommodating, and welcoming, and the whole place runs like a well-oiled machine, its wonders to perform.

END_OF_DOCUMENT_TOKEN_TO_BE_REPLACED

Thai curry is just one of those things. If you go to an authentic Thai restaurant and order their staple dish it’s just bursting with flavour and I always love it. I went to a Thai place in Brixton the other day for a friend’s birthday lunch and we all sat outside – yep, that’s right we sat outside in Britain in January. But along came our big bowls of steaming Thai curry and everyone was happy – warmed, satisfied and chipper, if a little numb in our fingers and toes.

END_OF_DOCUMENT_TOKEN_TO_BE_REPLACED

I’ve never been much of a soup person. Other people always go on about how great it is, how easy to make and how delicious it can be. Maybe it’s because I used to eat those Covent Garden soups from the supermarket which are bulked out with butter and cream – and that’s all they taste of to me. Soup from the supermarket, especially Tesco own or even Sainsbury’s own, just doesn’t cut it one bit. And they all seem to have funny, artificial, unidentifiable ingredients, just like almost everything else on the shelves. I’m also really not a fan of boiled vegetables or watery soup (keep broth away from me) – for me it has to be thick, creamy and tasty to the max.

END_OF_DOCUMENT_TOKEN_TO_BE_REPLACED 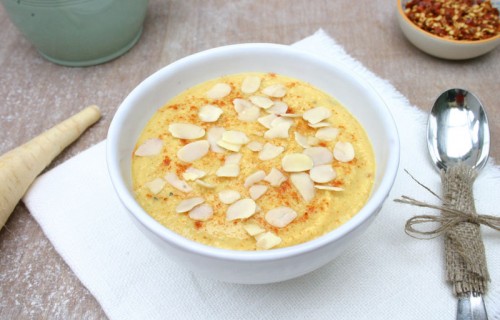 Who can resist this charming Southern Italian region? Be it the sea, the sand, the sun, the food or the wine, in Puglia, you name it, you get it!

Having a Mediterranean climate, little annual rainfall and the fertile soil, Puglia is heaven for farmers and wine growers and paradise for wine lovers. What’s better, the natural condition makes it easy for farmers to practice organic agriculture.

I visited a few wine estates in southern Puglia last year and was hugely impressed by the organic practices many have adopted and the modern interpretations of the local native grapes: Negroamaro, Primitivo, Susumaniello, Malvasia Nero, to name just a few. One of those traditional wineries with a modern twist is Masseria Li Veli

END_OF_DOCUMENT_TOKEN_TO_BE_REPLACED 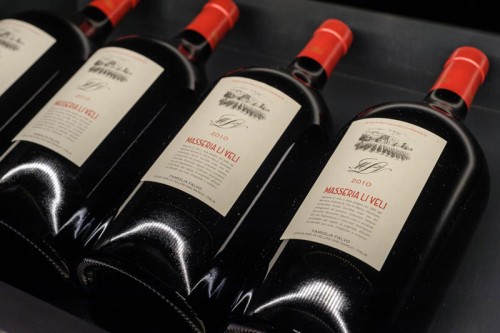 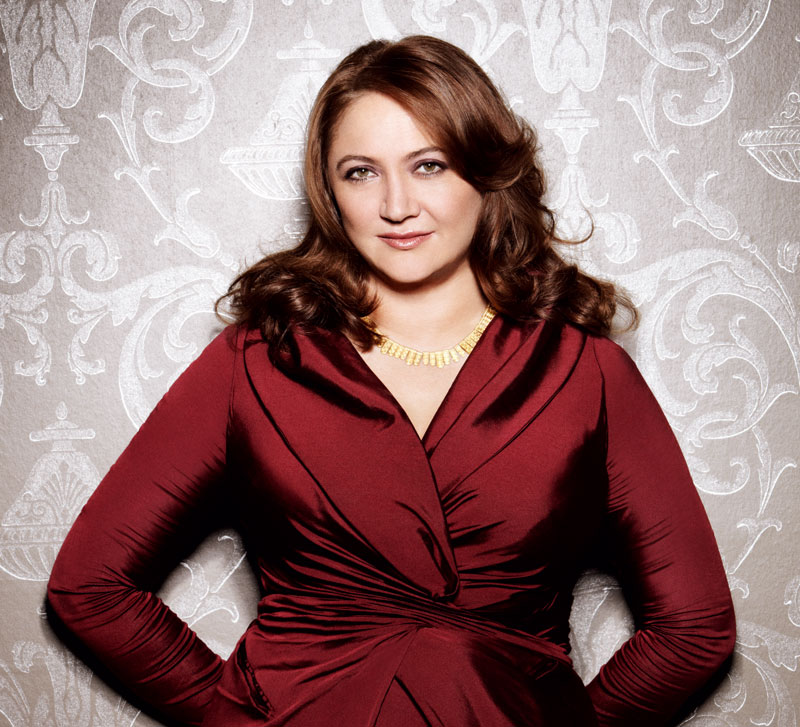