Back to the Marsh by Michael Fontes of Les Orchidées de Najac:-

I’m going to write about a field, a marshy field.  You may have a vision of elderly English people who retire abroad, dreamily sipping white wine by their swimming pools on hot summer evenings, as they prepare to tuck into the foie gras and the goat’s cheese.  My expat idyll is very different: I spend my afternoons in wild places, studying the butterflies and wild flowers of the Aveyron, one of the most remote parts of deepest France.  In my last article for The Vintage Magazine, I described the joys and pains of selling my photos in our village market.  Here I’m going to write about a place, a field, a marshy field, where I took all the photos in this article.

END_OF_DOCUMENT_TOKEN_TO_BE_REPLACED 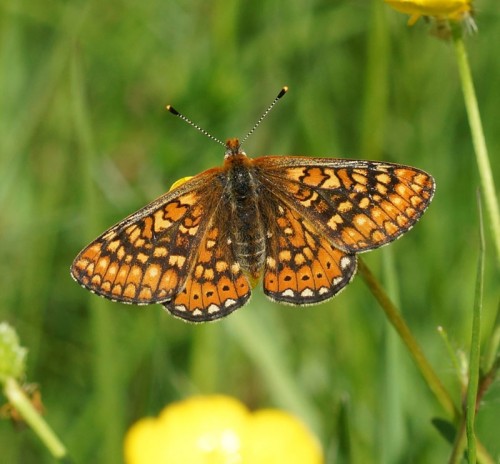 I study the butterflies and flowers of Najac, a village on the Aveyron river eighty miles north of Toulouse. I bought a house here in 1988 and moved definitively when I retired in 2002. The department, the Aveyron, is wild, full of broad stretches of limestone heath, Causse, where orchids grow in the spring and moderately exotic butterflies flutter in the sunshine most of the year round. A professional botanist would dig up the orchids and examine them intimately; I have qualms about touching wild plants: they’ve chosen to live in a particular place, and who am I to uproot them? 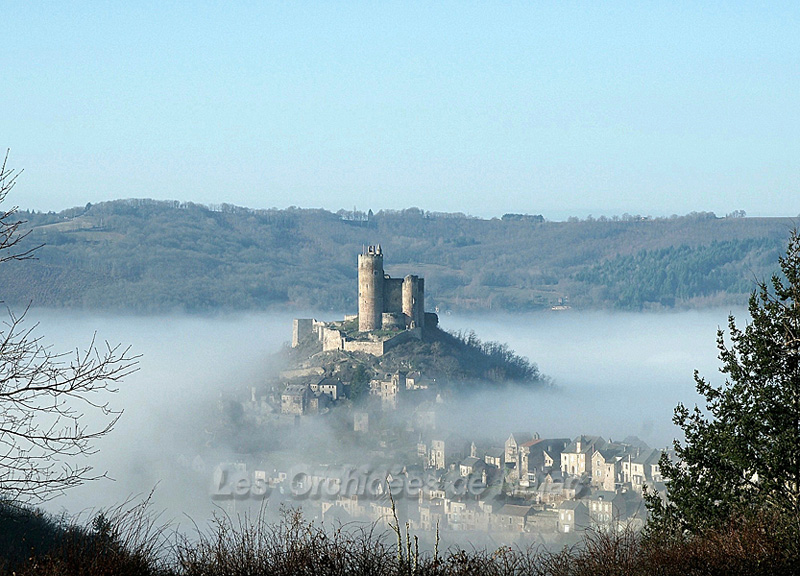 So I use my camera to identify them, and to discover their beauty, for I sell my photos and need every ounce of beauty available. Taking about a hundred photos every afternoon, I usually have plenty of evidence to help with identification. These days I’m quite good at knowing the thirty most common orchids round here, but they interbreed promiscuously, and naturally-occurring hybrids can be hard to pin down, like the self-proclaimed experts who come into the shop and lecture me about my mistakes.

France has about a hundred and sixty wild orchids, of which I’ve found 40 growing round Najac. That’s not quite as disgraceful as it may seem, or as one woman in my shop declared, because a great number only occur very locally. The orchids and orchidophiles never cease to surprise me. Philip’s Orchid, Ophrys philippi, is found only in a very restricted circle, about 5 km in diameter, in the Var, close to Toulon. It closely resembles the Woodcock orchid, Ophrys scolopax, which I find in good numbers round here, and of which I sell many photos. I knew nothing about philippi until August 6th 2012, when the great expert on the orchids of the Var, the Drôme, and the Vercors, happened to walk in, heavily weighed down with photographic equipment. He looked at one of my photos of scolopax and declared the plant to be philippi. Najac is 450 km from the Var; could he be right? I wasn’t persuaded. 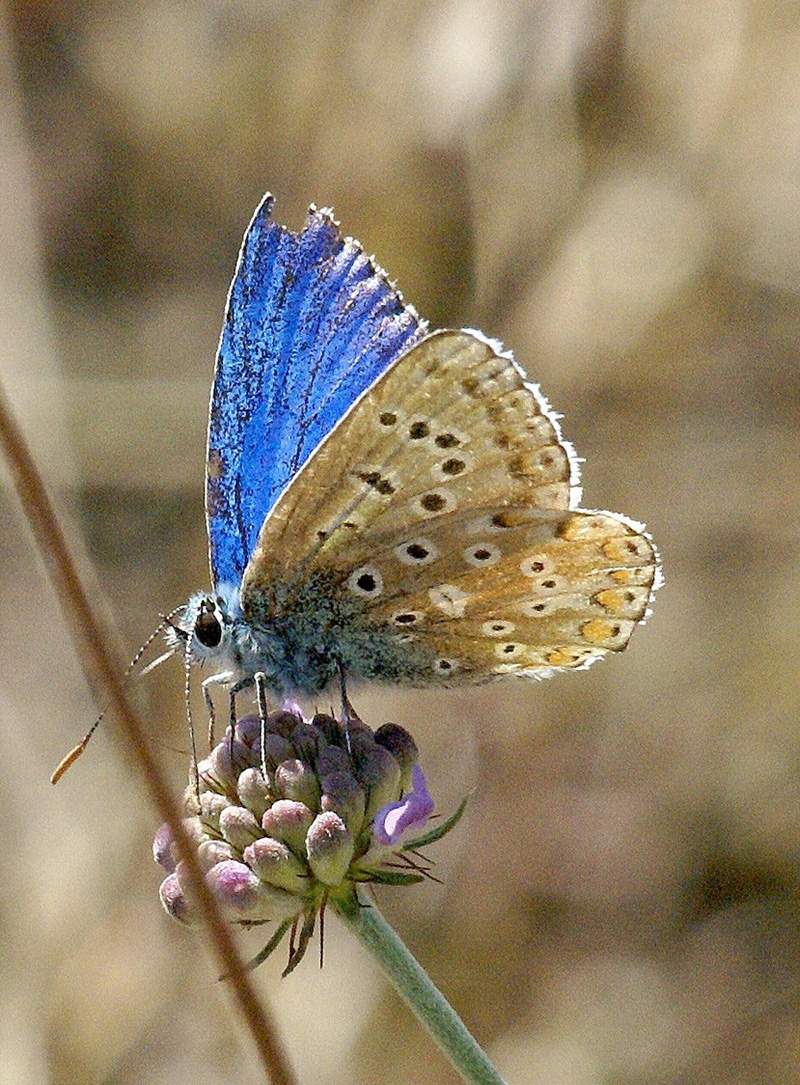 Sitting in your shop or behind a market stall you are a natural target, and you have few means of escape from a tiresome client. Luckily most clients don’t fall into this category, for people who are interested in plants and butterflies are usually intelligent and agreeable. If this wasn’t the case, I wouldn’t keep going. People ask me wonderful questions, and I try to respond in kind. One smart Parisian woman came in and asked me why a particular Adonis Blue had its antennae pointing right down. I replied that putting one’s antennae down was a sign of ecstasy in a butterfly. She gave a little start which confirmed my immediate worry that the word was a good deal stronger in French than in English, but she was so amused she had to buy the photo. 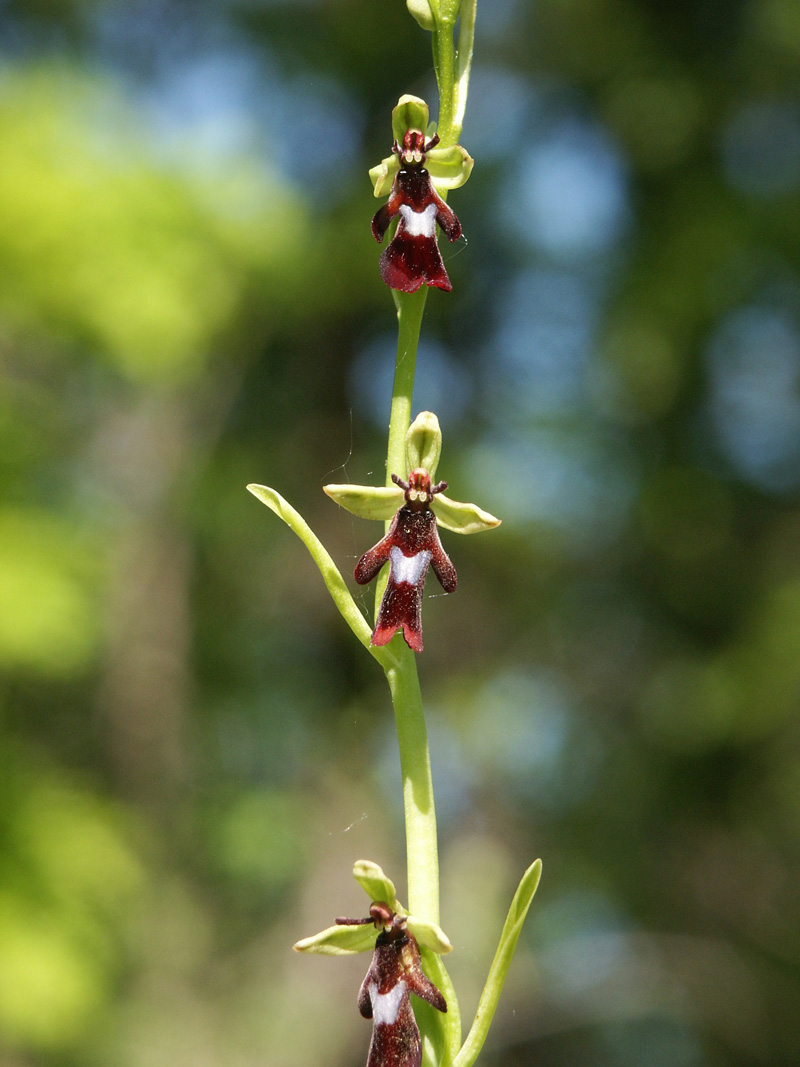 One small boy looked at a photo of the Fly orchid, Ophrys insectifera, and asked me why three flies had decided to sit on its stem. I held on tight and told him that the ‘flies’ were actually the flowers of the orchid. He looked at me with considerable suspicion and said, ‘You know, adults talk all sorts of nonsense to someone of my age’. I tried outlining to him the principles of Darwinian adaption, saying that the orchid had been pollinated for 80 million years by the male Great Golden Digger Wasp, mistaking the flowers for the female wasp, and that their repeatedly choosing the best imitation had, over the millenia, caused the flowers to have two eyes, two antennae, two wings, a pale patch on the ‘abdomen’, and even to produce the pheromone of the female wasp, but I’d lost credibility long before.

The market stall can pose problems: the early start (you must be there before 8 am) is followed by what I call la guerre des places, the tactical battle for the best places. The strategic battle needs winning at the beginning of the season: the placiers (the ‘placemen’, appointed to tell everyone where to go) will keep your place for you if you start coming early in the year. I need to keep my photos out of the sun and everyone else fancies the shade too. Parasols blow away in the wind and can be dangerous – insurance is obligatory but many of the smaller sellers, often old women with a few wondrous leaves, don’t feel obliged. 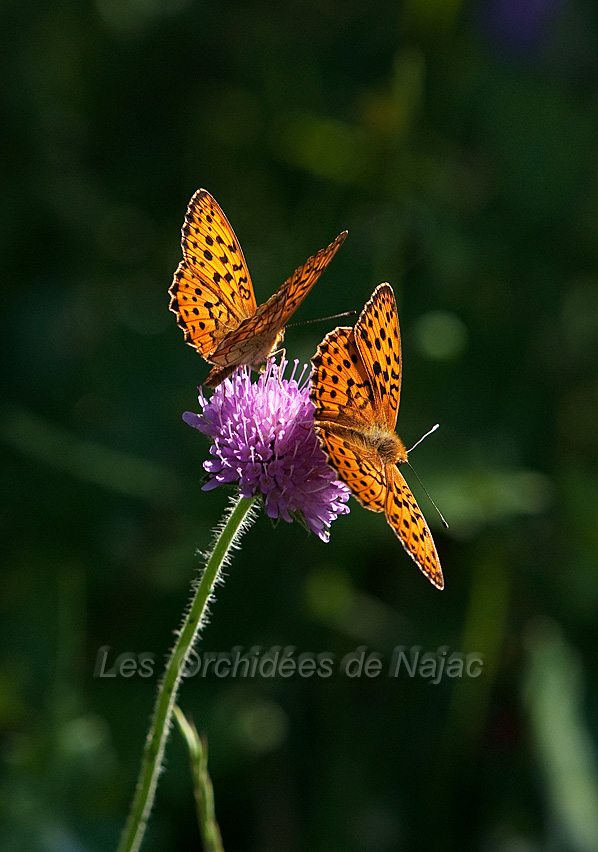 The fresh produce being sold around me often makes the journey worthwhile. The Dutch and the EU have killed the southern tomato; you can no longer buy them in the shops. If you want to make a good peperonata, go to the markets in August and September.

Michael Fontes taught at Winchester between 1966 and 2002. He was Head of Economics and a housemaster.  He retired to Najac, Aveyron, France, and now runs Les Orchidées de Najac, a small business through which he sells his photos of the flowers and butterflies of the area. 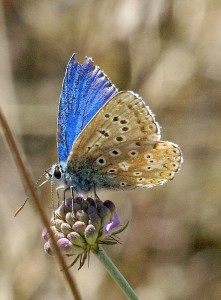