The Vintage Magazine is delighted to welcome Devonshire Wealth Management as a Business member and the article below explains their philosophy.

Devonshire Wealth Management may be small but chief executive Martin Cawley is giving it a shot at the big time by rapidly developing its professional connections.

Acting on his belief that small companies can thrive in the modern world, Martin Cawley, chief executive of Devonshire Wealth Management, took a brave stand in 2009, wresting control of the London-based company from then managing director Mark Kenner, who, convinced that smaller firms could no longer survive, left to join a larger firm.

Two-and-a-half years later, Cawley is proving that small, dynamic firms can compete in the London wealth management market.  Devonshire has continued to make a healthy profit and, seemingly against the odds, is about to sign an introducer agreement with a large West End law firm that Cawley estimates will bring in £20 million under advice in the first year. 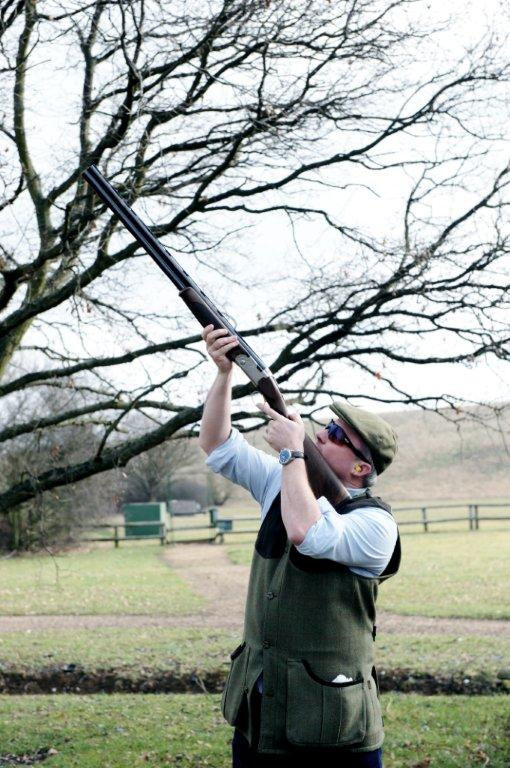 Cawley is a personable family man who lives in Barnes with wife Nicola and three-year-old daughter Maia, who he says is ‘the apple of her daddy’s eye’.   In 2001, he joined Devonshire Financial Services (as it was previously known), which has been running for 30 years, as an IFA.   In 2006, he became a director and shareholder alongside Kenner and two sleeping partners.

Cawley recalls: ‘Mark thought we would struggle as a small firm and should look for a larger company to acquire us.  I felt strongly that, as a small, nimble, service-driven player, we still had a role to play.  He followed [his idea] up, and in 2009 we received an offer from a larger firm, Truestone, and put that to the vote among the four shareholders.’

‘Truestone was persistent.  It offered me a position in the new company. I remember going to meet them very clearly.  It was a weird day, as my father had recently passed away and it would have been his 70th birthday, and that morning Nicola told me she was pregnant with our first baby. I had to put all those things out of my mind and decide.  ‘It just wasn’t me.

At the age of 37, I wasn’t interested in selling what I had built to that date, and going back to being an employee in a big company,’ said Cawley, who had previously worked for Halifax IFA.  ‘Truestone offered a tiny equity stake.’  It was a bold and tricky manoeuvre, but he had the backing of Devonshire’s two sleeping partners and office manager, Jackie Cleary, who was an integral part of the business.

‘My instinct told me they would be loyal to me. Had any of those three disagreed with me, I would have been left in limbo,’ says Cawley.  Kenner left the company to work for Truestone in July 2009 and Cawley took over the managing director role and sole running of Devonshire.  ‘I didn’t fall out with Mark. We always got on well together,’ says Cawley. ‘But Jackie knew every client.  Having her stay meant it was “business as usual”.’

Cawley immediately started work on transforming the company. ‘It had been a traditional financial services firm but we became new model pretty quickly,’ he says.  ‘I recruited a mortgage broker, Nicholas Townsend, on a trainee programme to become a fully qualified IFA.  Plus, we changed the trading style from Devonshire Financial Services to Devonshire Wealth Management.  I thought “financial services” created perceptions and implications that didn’t associate with the new firm.’

In January 2010, Devonshire went live on two wraps and switched to fee-based charging. ‘We had been doing due diligence on wraps while Mark was still here and were going to go live with Ascentric and Elevate, which we did, ’says Cawley.

‘Within six months, we also had a clearly-defined, fee based proposition.  It was going to happen anyway with the retail distribution review (RDR).  We just wanted to do it three years early. I didn’t want to hang on grimly receiving commissions.  I had never liked taking 3% commissions upfront.’ Devonshire now charges 1% initial and 0.5% ongoing.

Losing Kenner had an inevitable effect on the firm’s income.  Revenue fell significantly between 2008 and 2009 and only started rising again in 2011.

‘We lost the managing director and we agreed he would take a small segment of clients so we lost income and funds under management.  Also in 2010, we reduced initial charges from 3%,’ says Cawley.

‘When Mark left, we kept every single professional connection,’ says Cawley.  ‘To this day, we have six accountancy practices around the West End and we have just come to an agreement with a big firm of West End lawyers, which is in the process of signing off.  Given that they had their pick of advisers, I was surprised they chose to work with a firm of our size.’

Being small turned out to be an advantage when it came to setting up a connection with a large law firm, he says. ‘We just went in and explained how we work.  They  were very impressed.  They like the idea of working with a smaller firm and the level of control that will bring.  They also like the fact that we decided to prepare for the RDR three years before we had to.’

The connections are all based on trust and reciprocal work.  ‘If they wish, they can have a fee-sharing agreement but, since we went new model in 2010, that doesn’t happen any more.  It’s a long-term, service-driven model now.’

Eyes on the future

Expansion is on the agenda, albeit from a small base.  ‘We are looking for more advisers, but it has to be the right cultural fit,’ says Cawley.  ‘We have a hard-working, loyal, happy team and I am not going to bring someone in at the expense of that harmony.  I give people a lot of trust and I don’t micro manage.  I give people freedom to express themselves.’

Despite the dip in income, the firm has maintained a healthy profit throughout and funds under advice are projected to increase from £70 million to £90 million this year on the back of the new law firm connection.  ‘That is factored in but with a very conservative estimate,’ says Cawley.   Income is growing organically even without that, he says.  ‘Even on the mortgage side, they have started putting through some pretty chunky deals recently.  Nick joined as a mortgage broker while getting his exams and is currently going for his diploma.  He is very capable and I hope he will have a long-term future with Devonshire. I am lucky to have fantastic staff.’

Along with Cawley, Cleary and Townsend, mortgage adviser Claudia Alves and receptionist Penny McCloggan make up the rest of the team.   Devonshire’s office occupies the top floor of a Georgian townhouse in New Cavendish Street, in London’s West End.  ‘It’s a great location.  The majority of our clients are from London.  They love coming into the West End, as do the staff.  There are always things to do after the meeting,’ says Cawley.

‘At 40, I’m the oldest person on the team.  The average age is 35, which, in IFA terms, is very young but every decision we make is for the long term.  It has to be.  We are just aiming to hone every part of the new model now.’

One of Cawley’s ambitions is to expand the mortgage side of the business; something that is easier in the West End where the property market is still booming compared with the other parts of the country.

‘We have a series of connections in the estate agency world, and do lots of mortgages,’ he says.  ‘Many other advisers are closing down their mortgage business and are looking for a firm with integrity to refer to.  We have a reputation for that.’

The thing that motivates Cawley is his relationship with clients.  ‘Above everything else. I enjoy meeting them,’ he says.  ‘I am a people person.  Many of my clients are fiends: I go to their weddings, we go to the cricket together.   Living in Barnes, we often have a party on Boat Race day.   ‘The work-life balance is fine,’ he continues.   ‘Nicola works in communications and is senior in her career, so we have a full time nanny who is part of the family.  I start early but leave the office at 4pm so I can spend some time with Maia before she goes to bed.  She’s an important part of my life and otherwise I’d never see  her’.

With a young family, Cawley does not have much time for hobbies.  When he does have some spare time, he enjoys clay pigeon shooting.  He is a member of a local gun club, which organises shoots in country estates around the south of England, such as the illustrious Highclere Castle where he shot in the week before this interview.

He has targets set at work too.  ‘I want to get recurring income up to half a million as soon as possible.  We should do that within two years,’ he says.

‘But we don’t have a big target written above the door; we’re not like that.  Its all about building it with the right clients and employees, people we enjoy spending time with.  If you focus on that, the targets will look after themselves.’

• Have passion for our business: work should be fun. Passion helps overcome difficult moments and as a result all staff, irrespective of level, become ambassadors for Devonshire.

• Create a culture of integrity. People have confidence in trustworthy individuals and wish to work alongside them.

• Be flexible: plans and strategies will need to be adapted over time.

• Believe in the company’s future success. This confidence is contagious for both staff and clients.

• In current austere times, cash flow for the business is king to ensure we are able to carry out the above.