Please read about this talented Artist Blacksmith in the House and Garden Section under Landscape Architecture.

An old adage says– ‘with an anvil and a hammer, a blacksmith can make everything he needs.  Then he makes everything everyone else needs.’
For the traditional blacksmith this still holds true, but there is a new breed who strive to develop the craft beyond the purely utilitarian.

At his Wheely Down Forge in the Meon Valley Charles epitomizes this twentieth century blacksmith, producing High Art works through the blend of ancient technique and his own creative style.  “I’m an artist blacksmith but that is beginning to be slightly misleading.  I call myself now an artsmith, an artist in metals,” he says.

He believes passionately in pushing at the boundaries and restrictions of technique in order to extend and further develop his own high levels of craftsmanship and achievement.  This enables him to create new and innovative abstract sculptural forms whilst working as a well respected and successful Artist Blacksmith.

In 1972 while cruising around on the motorbike that he had redesigned and hand built himself Charles met Rowland Ross a Master Blacksmith working in his forge at Elstead, Surrey.  This was an epiphany moment for Charles who decided there and then that a career as a Designer Blacksmith was for him.

Working alongside Rowland he gained the high technical skills and abilities of a Master Craftsman.  This in combination with a strong understanding of engineering, love of quality, detail and finish and an enquiring forward thinking attitude resulted in a quick succession of career advancements.

By 1983 Charles had decided that he wished to design and produce his own creative work to commission.  He set up Wheely Down Forge in the Meon Valley and began to work as an Artsmith.   Immediately successful, he won a prestigious international competition in 1984 designing a 20 metre, 4 ton frieze in bronze coated mild steel for the Great Hall of the Institute of Chartered Accountants, London EC1.

This success has continued to the present day with prestigious commissions following one after another.  Now a well known and recognised international Artsmith, Charles is renown for his ability to create unique contemporary interpretations in bronze, mild and stainless steel.

All his works promote the visual and physical potential of metal and metal forming techniques celebrating metal and the marks of the maker.  He emboldens traditional methods of joining, so they become strong functional points of aesthetic detail integral to the overall design.

He revived and contemporised the technique of repoussé used to create raised or bas relief detail.  Charles innovatively employed it to produce a large sculptural balustrade in stainless steel entitles ‘Shark’ for the diving house of a private client in Jersey. 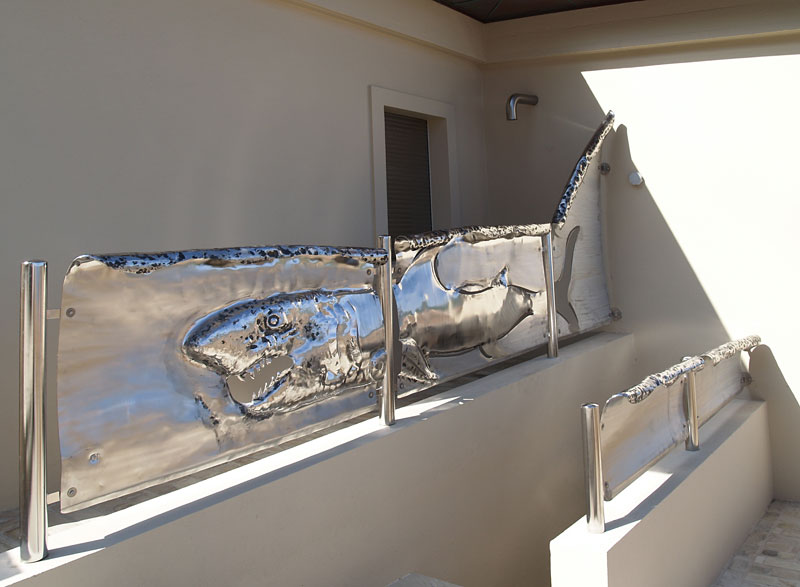 The ‘Shark’ Balustrade leading to The Diving House, designed for a Private Client in Jersey

His prestigious site related pieces often incorporate other materials such as stone, glass, water, light and the effects of shadow and reflection.

Charles’s desire to be unfettered by accepted convention or scale results in visually exciting, individual sculptural responses that successfully fulfil their purpose, be it practical, emotional or aesthetic.

In order to gain insight and understanding Charles builds up a close working relationship with every client or commissioning body.  This research becomes the inspirational source for conceptual work and is key to all his pieces whether they be huge scale Public Art sculpture such as ‘The Swans’ commissioned for Lowestoft Town Centre, large scale architectural or corporate works as with ‘Across the Sun and Moon’ commissioned for a new hospital in Downpatrick, Northern Ireland or smaller sculptural works such as ‘Ascending’ for private or public gardens or at an intimate scale for example ‘Swallow’ for domestic interiors. 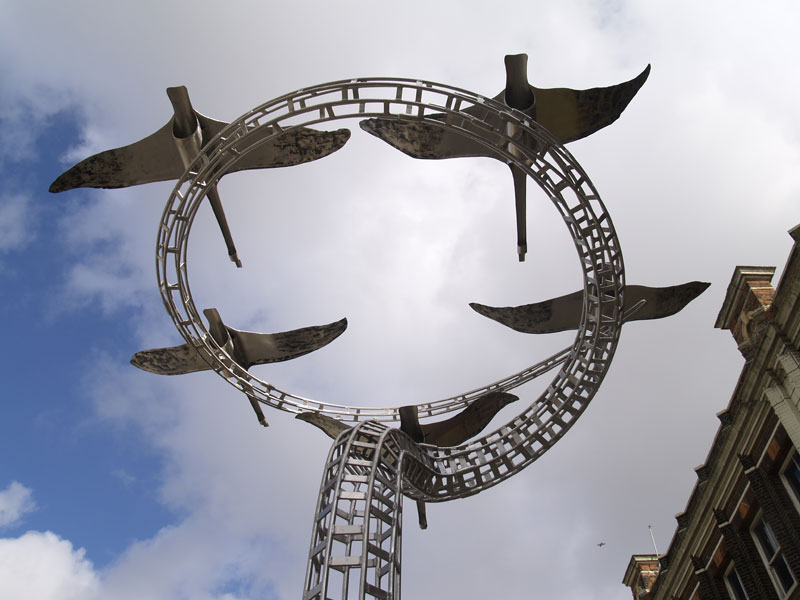 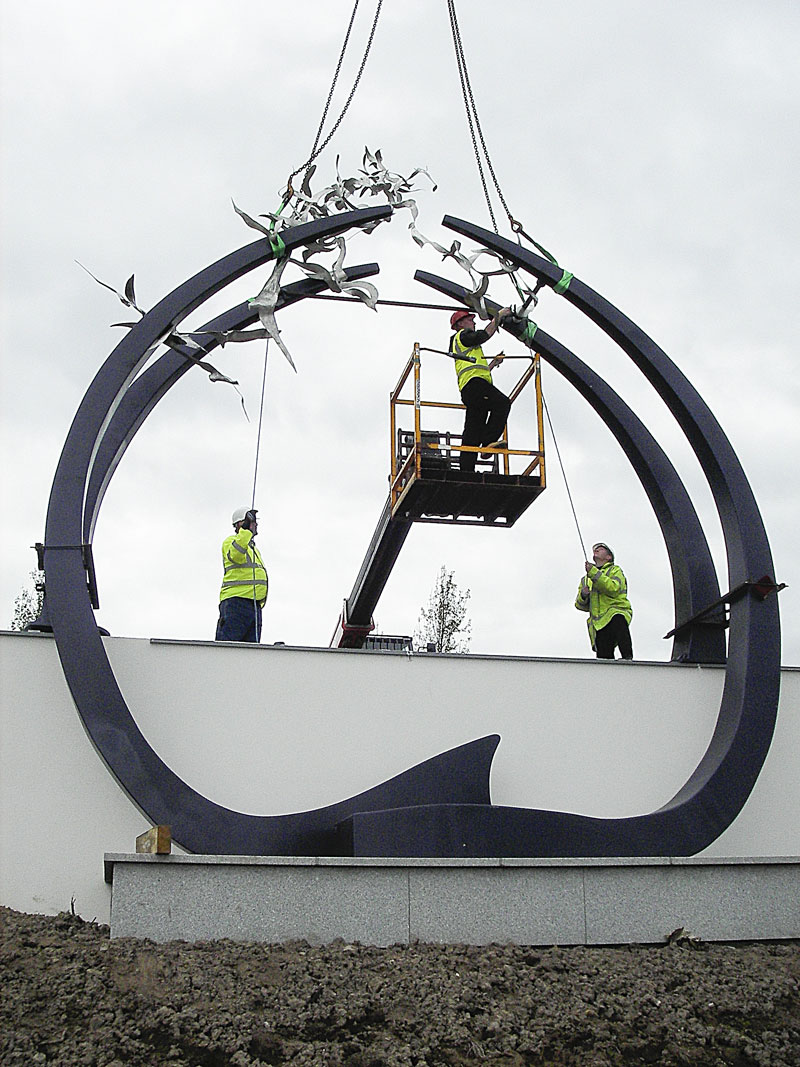 ‘Across the Sun and Moon’ – a large scale architectural  work commissioned for a new hospital in Downpatrick, Northern Ireland under construction 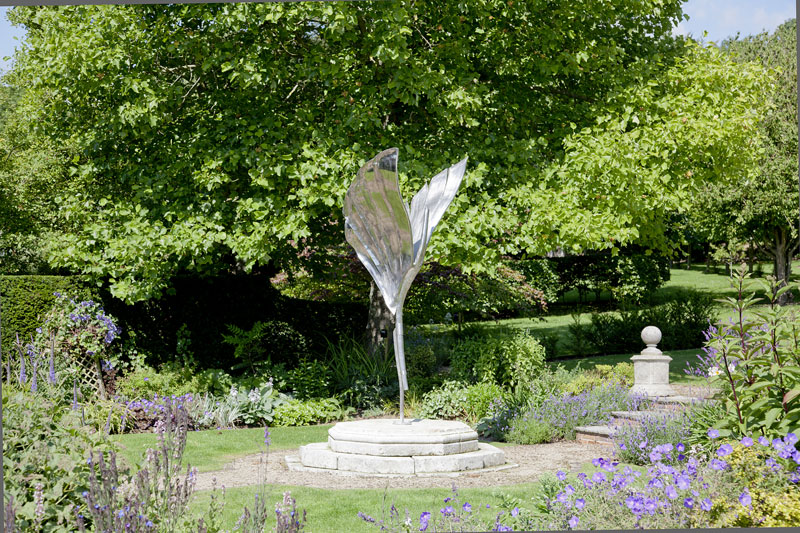 ‘Ascending’  a smaller sculptural works for a private garden 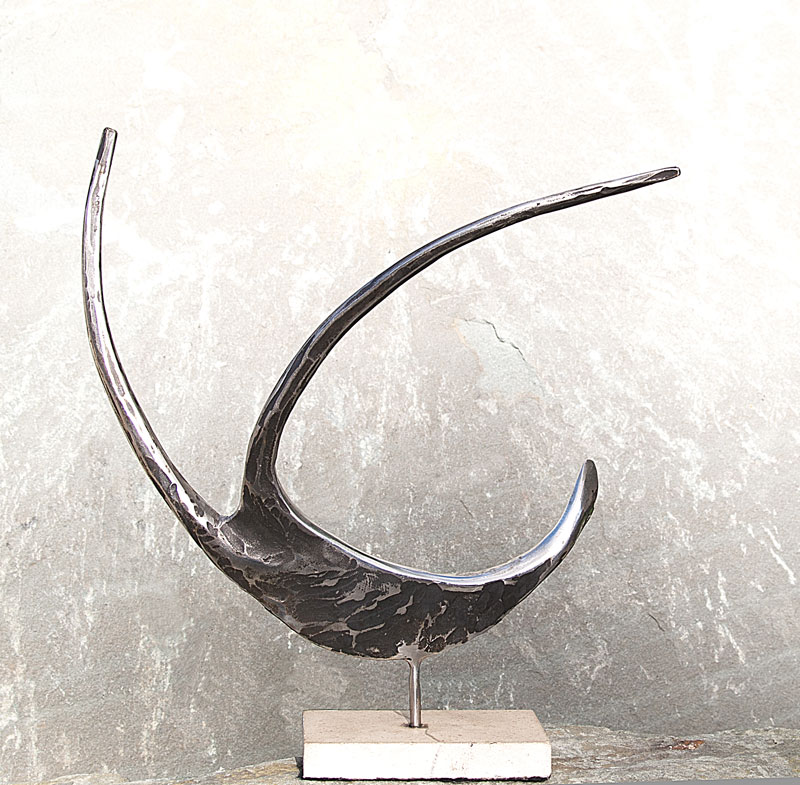 His aim as an artist is for every site specific response to be innovative, relevant and meaningful to each commissioning client, or in the case of Public works to be understood and enjoyed by as wide an audience as possible and over an extended period of time.  To this effect he includes abstracted visual references in each artwork, drawn from his research to trigger recognition or memory in the observer in order to build up a long lasting relationship with the work.  These references also ensure that each sculpture links successfully with its specific environment.

This year Charles is to receive the prestigious Tonypandy Cup – awarded by the Worshipful Company of Blacksmiths in recognition of outstanding levels of artistry and blacksmithing craftsmanship.  Charles has been selected for his two landmark entrance sculptures entitled ‘Wave’ produced for Portsmouth City Council’s regeneration scheme ‘Contemporary Seaside’ and placed either end of the Palmerston Road Precinct in Southsea. 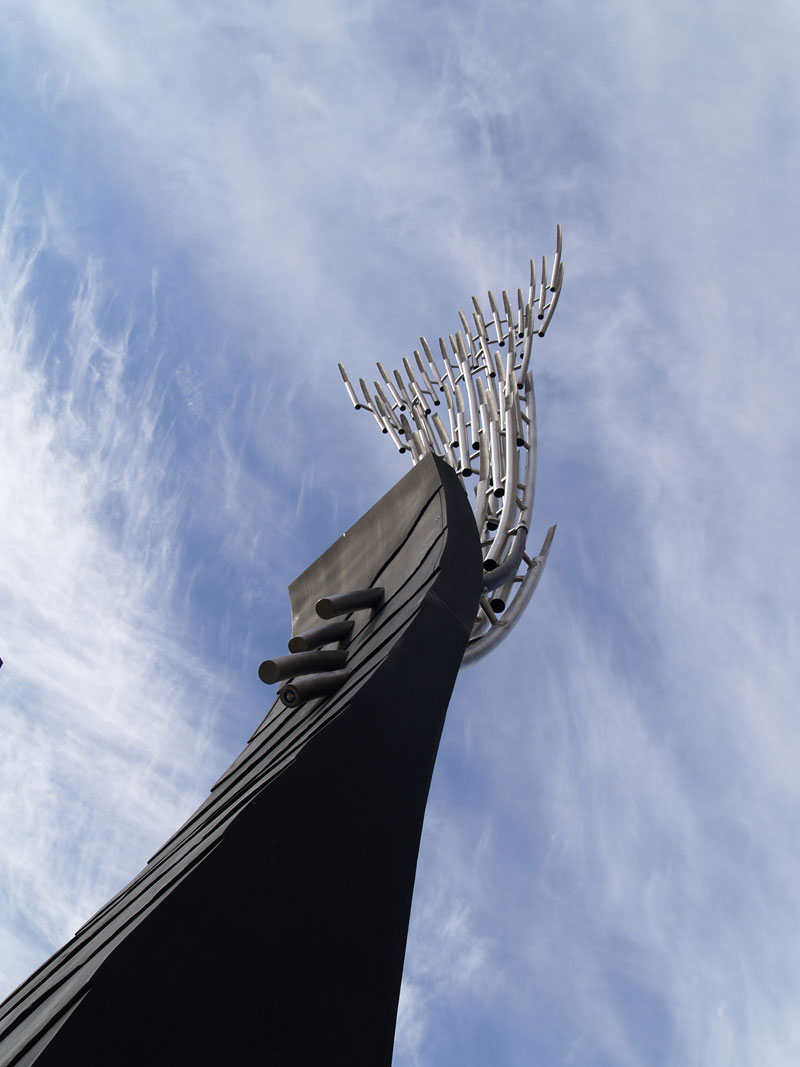 ‘Wave’  –  Charles’ Sculpture for which he was awarded the Tonypandy Cup

This is the first time that this award has been presented by the Worshipful Company of Blacksmiths for a piece of contemporary abstract sculpture. 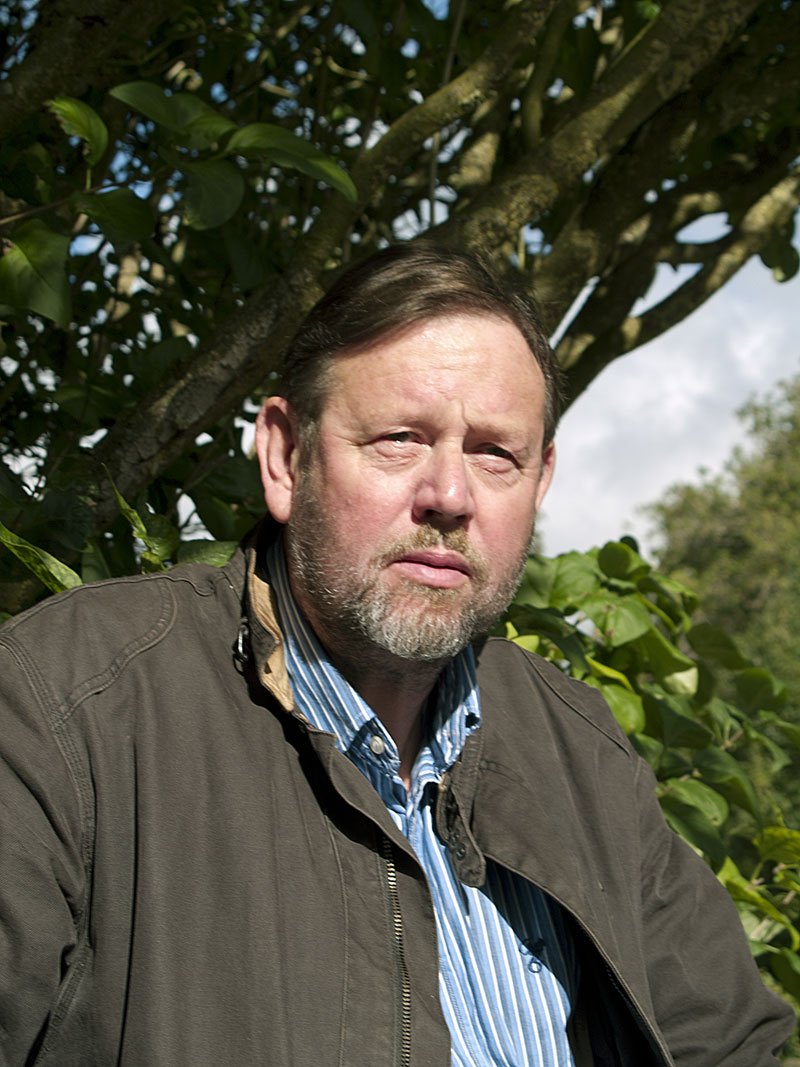 The following images are selected examples of Charles’s work. Further works and contact details can be viewed on his website. 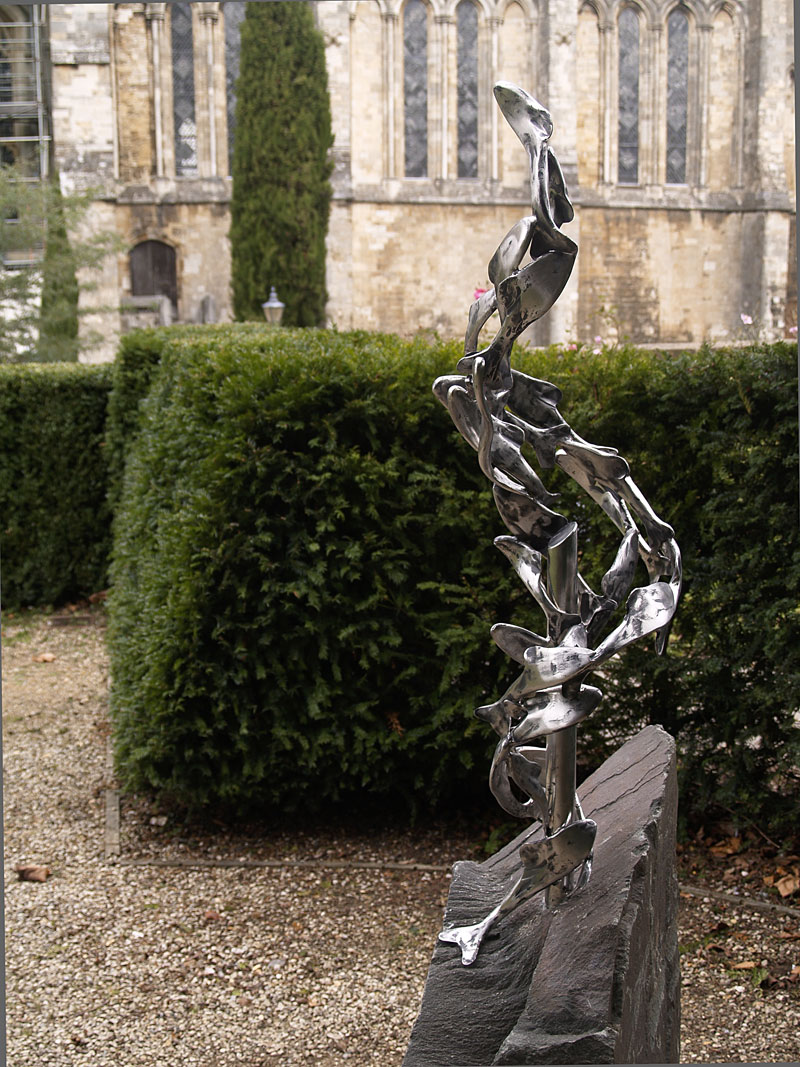 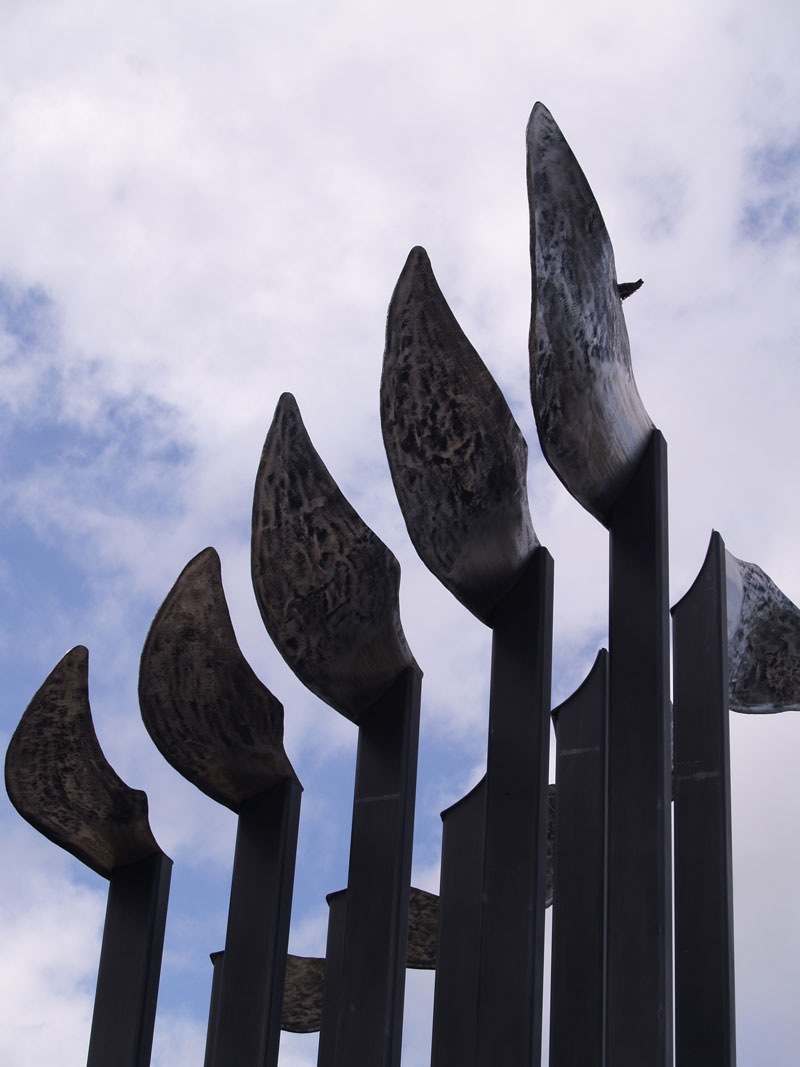