We were lucky enough to attend the Veuve Clicquot Polo Gold Cup Final at Cowdray Park on 21st July, and below is an excellent account of the very exciting final by Liz Higgins, PR & Communications Manager – Cowdray Park Polo Club and action shots by The Vintage Magazine’s photographer, Doug Garvie. 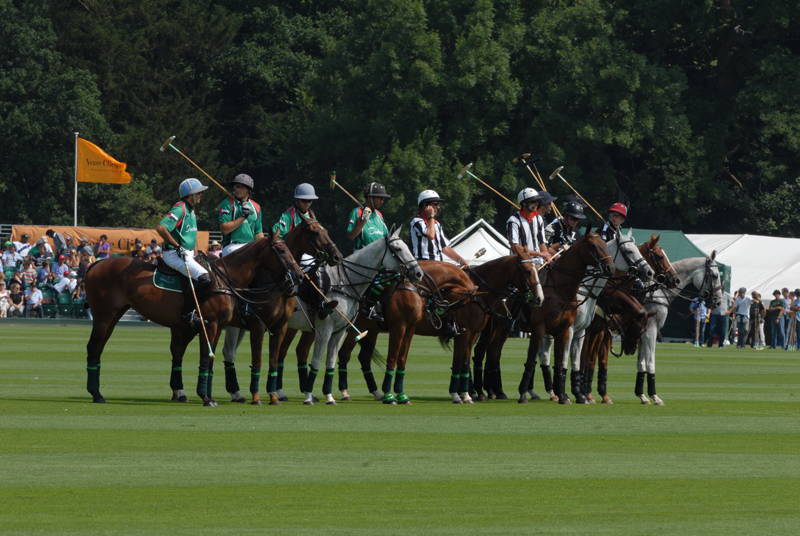 Alongside Zacara’s patron Lyndon Lea, who won the Veuve Clicquot Gold Cup in 2011, was 10 goaler Facundo Pieres, with whom he has won both the US Open and the Cartier Queen’s Cup in 2013.  An impressive partnership has been forged between Facundo, who has won Most Valuable Player Awards in several of the world’s major tournaments in the past 12 months, and 8 goal Brazilian player Rodrigo Andrade, with talented young Englishman Matt Perry, 3 goals, completing the team.

Lynchpin of the Dubai team was the world’s number one player, 10 goaler Adolfo Cambiaso, joined for the 2013 season by Nico Pieres, younger brother of 10 goalers Gonzalo and Facundo Pieres, who has been playing way beyond his 7 goal English handicap, and  impressive young Australian Alec White.  Rashid Albwardy, the young Patron, distinguished himself throughout the tournament by scoring a crop of notable goals.

Cambiaso took the ball straight through the field to secure the first goal on the scoreboard for Dubai. 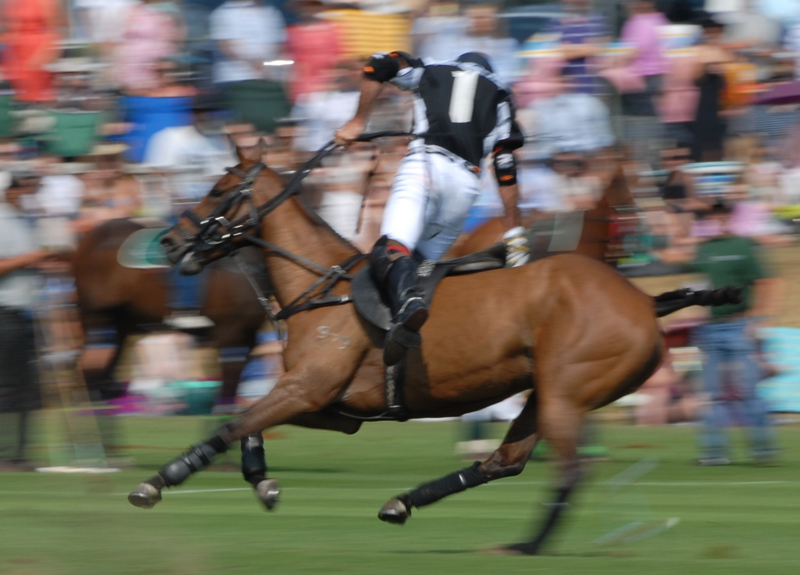 Retaliation was swift as Facundo Pieres snared the ball and sent a nifty pass to Andrade who pushed it between the posts.

The frantic pace continued as both teams worked to a game plan of marking their opponent to close down their opportunities for goals, whilst waiting for any loose ball to pick up and run with.

End-to-end play continued through the second chukka but a 40 yard penalty for Zacara was the only goal to be produced.  The third chukka began with Cambiaso passing a great ball to Alec White who made no mistake in equalling the scores at 2-2.  Facu stole the ball from his brother Nico and scored a splendid field goal taking Zacara ahead once again.  A foul gave Dubai a 60 yard penalty which Nico Pieres sent straight through the posts to 3-3. A foul on Facundo Pieres gave Zacara a 30 yard hit at the goal which he powerfully smacked between the posts. It was the end of the first half and Zacara were ahead 4-3. The crowd was invited onto the pitch to tread in the divots and enthusiastically responded.

The second half started with a hit in for Zacara and Facundo Pieres’ pass to Matt Perry gave the young English player a supreme chance to make his mark on his first Gold Cup final and 5-3 to Zacara.  Nico Pieres, surrounded by the opposition, held his nerve sending the ball to Cambiaso, who delivered a classic cut shot plum through the posts.  An uncharacteristic mistake by Nico, saw his brother seize the ball from under him and race away to take Zacara ahead 6-4.  Andrade stole the ball from Cambiaso, to be picked up by Facu and a nifty shot saw Zacara ahead 7-4 to close the fourth chukka.

Chukka number 5 began with Cambiaso picking up a loose ball and taking full advantage to gallop away and score. Zacara giving away a penalty at this point set a few nerves tingling as another goal was pulled back for the Dubai team, but Facundo managed two field goals before a penalty for Dubai closed the chukka with Zacara still ahead 9-7. 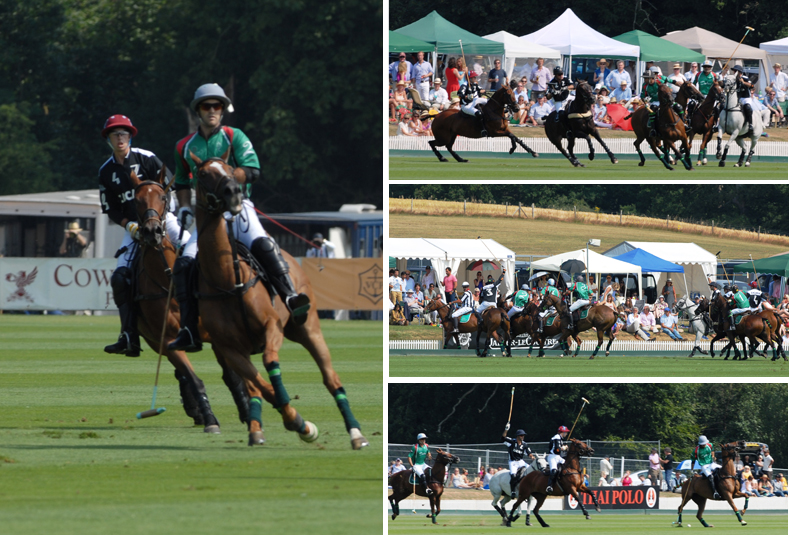 Both sides tightened their defences for the sixth chukka. Zacara took their score on to 10-7 from a penalty. When Nico Pieres was given the chance to convert another penalty, his mighty lofted shot took Dubai on to 8-10. Could they pull up? Andrade suddenly steered the ball away from the pack, Cambiaso went after him, but as he turned Facundo Pieres had stolen the ball and was away.  Down the field he went and his ninth goal of the match secured victory for Zacara at 11-8.

The Gold Cup was presented to Lyndon Lea by Lady Cowdray, a Salamanzar of Veuve Clicquot was presented to him by Jo Thornton, Managing Director of Moët Hennessy UK, and individual prizes were presented by Elsa Corbineau, Senior Brand Manager, Champagnes, Moët Hennessy UK.  The Peter Holman prize for Most Valuable Player went to Facundo Pieres, and the Veuve Clicquot saddle for the Highest Goal Scorer of the British Open Championship went to Pelon Stirling and presented by Christina Jesaitis, Senior Brand Manager, Veuve Clicquot, to Mrs Bridget Hanbury on his behalf. The Harper Spurs were presented to Rashid Albwardy by Eugenie Harper, and the Award for Best Playing Pony sponsored by Armstrong International and presented by Spencer George went to Top Model, owned by Facundo Pieres.

After the match, Lyndon Lea modestly said:  “We had a plan and we stuck to it. It was all about being disciplined and giving everyone a role.”

In addition to enjoying the Polo, we met an old friend in the Veuve Cliquot enclosure, namely Tom Hunt, son of James, who is heavily involved in the new film about his father, called RUSH.

RUSH, directed by Ron Howard,  is due to be released for general distribution in September, and focuses on the intense rivalry between James Hunt and Niki Lauda during the 1976 Formula One World Championship.

Tom Hunt, and his brother Freddie, have set up the James Hunt Trust, which will support charitable causes, which they believe their Father would have supported, had he been alive  today. They have also designed a brilliant website www.jameshuntF1.com  which gives full details of all their activities, and is certainly worth a visit.
As a result of this chance meeting at the Polo, I have invited Tom to  be part of our team which test drives  the most interesting new models from the likes of Aston Martin, Rolls-Royce, Maserati, Bentley, Mercedes, BMW,  Land Rover/Jaguar etc, so we look forward to his  assessment of the various cars we test drive from time to time, and we will be supporting the James Hunt Trust, and look forward to the release of ‘RUSH’  in September, and we will be reviewing it then.

Who else was there?

Lord and Lady March and Family;

The Hon Emily Pearson and her father Lord Cowdray

The Hon Charles Pearson and his son, George

Raymond Blanc and his fiancée