The sell-out 2012 Goodwood Revival achieved a record 146,000 attendees over the three day event (14th-16th September) in glorious Autumn sunshine.  Motor sport enthusiasts and retro-fashion fans flocked to Goodwood  to join in the fun and celebrations at the world’s largest historic motor race meeting, firmly establishing the Revival as the ‘must attend’ event of the year.

Visitors travelled from around the world to attend and the vast majority of the spectators came dressed in their finest 1940s, 50s and 60s fashions, with tweed jackets and pleated skirts in abundance.

Memorable tributes included the largest ever gathering of pre-War Silver Arrows Mercedes-Benz and Auto Union racers, plus £300m worth of Ferrari 250 GTOs. 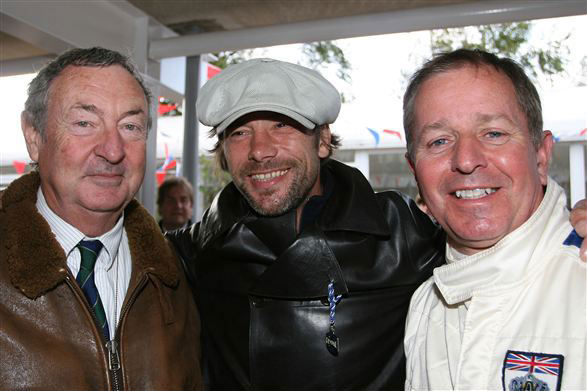 There were spectacular historic motor racing and heroic air displays, and Concours victories went to Bentley in the RAC Earls Court Motor Show, with the Beech Staggerwing taking the laurels in the Freddie March Spirit of Aviation.

Shoppers and party-goers descend on the Revival Market and the High Street, plus the new Over The Road street party.

On the track, a daily parade of cars associated with the distinguished motor racing career of American driver and team owner Dan Gurney was held, culminating in a colourful and emotional homage to the great man on Sunday, with Lord March paying tribute, as the marching band played, Gurney cars formed-up on the Goodwood grid, Mustangs displayed  overhead, and fireworks and tickertape flew. 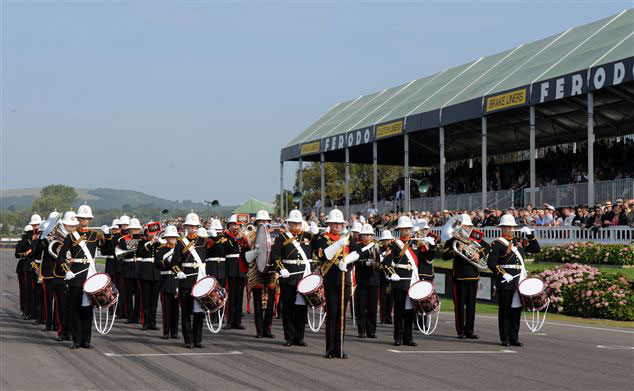 The 50th anniversaries of two iconic sports cars were marked by Goodwood, with a daily parade of Ferrari 250 GTOs, plus a dedicated Shelby Cup race, consisting entirely of Cobras, with the race victory on Saturday falling to Rob Hall and Andrew Wolfe. 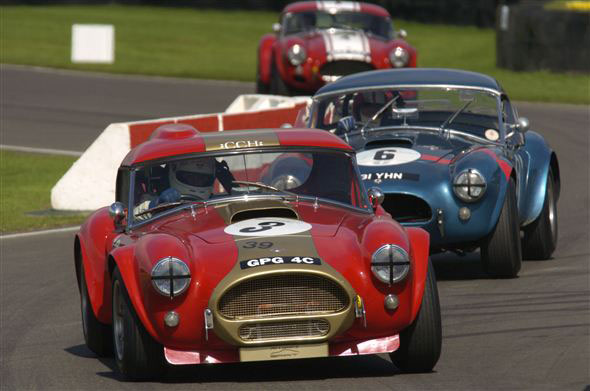 A once-in-a-lifetime gathering of Silver Arrows saw a lively demonstration each day of the Mercedes-Benz and Auto Union racers vigorously tackling the Goodwood circuit.

When resting, the cars were housed in their own distinctive paddock, constructed specifically for the 2012 Revival, and accurately recreating the paddock shelters of the Bremgarten circuit’ home to the Swiss Grand Prix in the 1930s.

The first Settrington Cup was a fabulous addition to the Revival this year, with exciting on-track action and some of the most memorable images of the whole event.

Many of the entrants went to extreme lengths, which would put competitors in the petrol-powered races to shame, with the Smokey Yunick liveried car, driven by twin girls Abbie and Maisie Mason, taking the Best Presented Team prize.

This two-part contest for junior racers in their Austin J40 pedal cars saw victory on the second day falling to the rapid Florence Hall, who trounced 18 boys to triumph in her J40. The overall winner on aggregate was George Colling, who won Part 1. 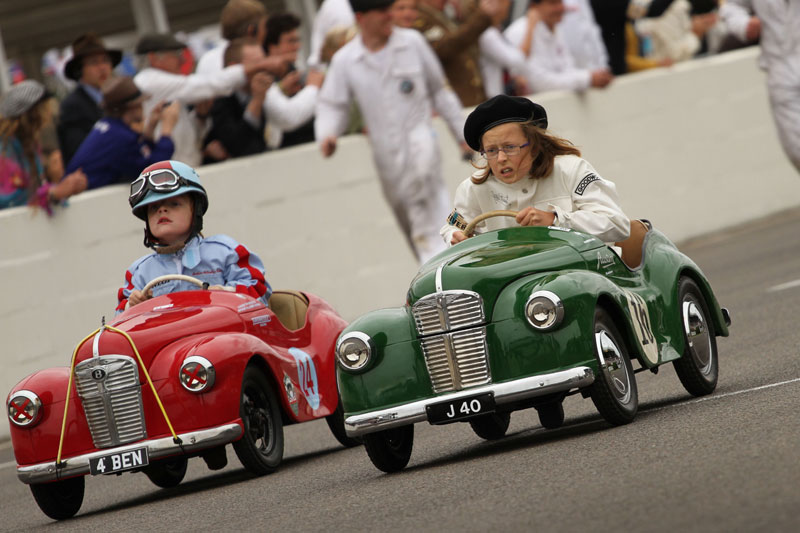 The quality of motorised racing was exceptional throughout the Revival weekend, with many nail-biting races and some thrills and spills along the way.  Racing highlights included the thrilling St Mary’s Trophy for 1950s saloon cars, with Justin Law and Anthony Reid taking the hard-fought victory in a Jaguar Mk 1. 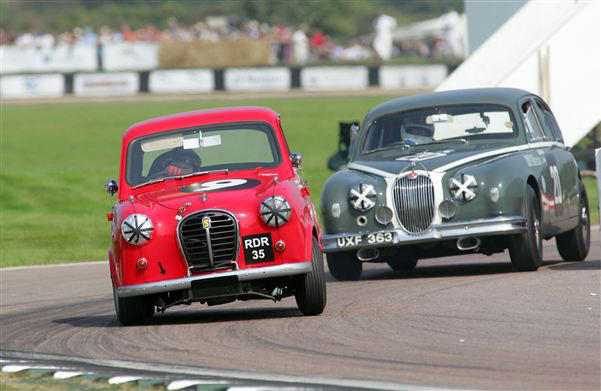 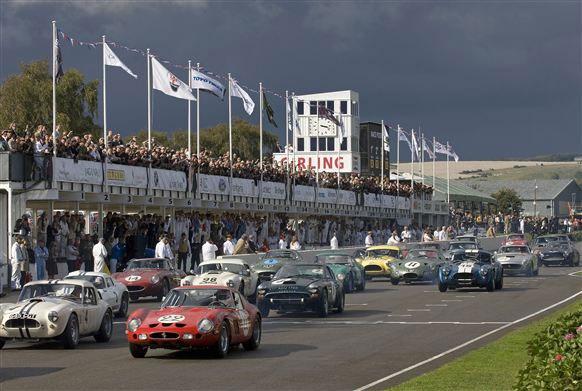 The result was all the more remarkable as Red Bull design chief Newey spun off at St Mary’s on the first lap as Gary Pearson challenged on the inside aboard his similar car. Newey had to watch the entire field go by before he was able to return trackside!

Gary Pearson claimed the honours in and enthralling Whitsun Trophy for late period sports-racing prototypes, but his position wasn’t safe until he took the chequered flag. 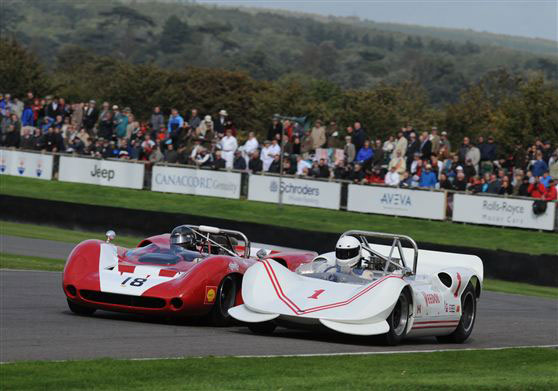 Last year’s winner Jay Esterer lit  up the rear tyres of his Chinook MK2 to blast into an early lead but Lola T70 pilot Pearson briefly nosed ahead on lap three. He was soon demoted but then McLaren ace Roger Wills trumped them all with just 6.6-seconds  blanketing the podium positions at the ten minute mark, but with Pearson battling on to ultimately the victory.

This year’s Freddie March Memorial Trophy ‘night race’ was a special 90-minute competition into dusk, in celebration of the 60th anniversary of the first Goodwood Nine Hour race. 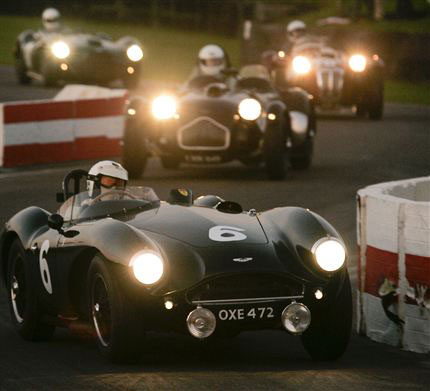 It was a fabulous spectacle, evoking the sights and sounds of a bygone age, with first place going to John Young and Alex Bumcombe in a Jaguar C-type, who drove a dominant race, despite a pit stop to fix a faulty light.

The very deserving Rolex Driver of the Meeting at the 2012 Goodwood Revival was Max Werner, who drove his 1933 Alfa Romeo 8C 2300 Monza race car all the way from Dusseldorf on his own, accompanied only by basic hand tools and a healthy slice of enthusiasm.  On arrival he was offered help in preparing the car, to which he replied; “Don’t worry; I checked the oil and tyres before I left home!”  He even turned down help with a pit board because he wasn’t too concerned about speed or lap times; he was just here to have fun!  Despite a few scraps along the way, including a spellbinding fight back from 8th place, he stormed through to win the Brooklands trophy and then drove all the way back home again to Germany – a round trip of some 800 miles! 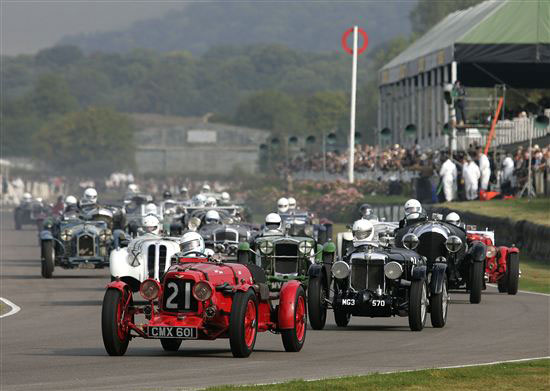 Some great period fashions, including a sea of colourful outfits being displayed on the Richmond Lawn cat walk each day, helped seal the unique, fun atmosphere of the 2012 Revival, as did the live camels, helping to form part of the Lawrence of Arabia desert scene at the Rolex Drivers’ Club.  A new Goodwood initiative – Over the Road – saw Revivalists eating, drinking and dancing into the night as a giant street party with pubs, live music and dance lessons continued until 10pm each evening. 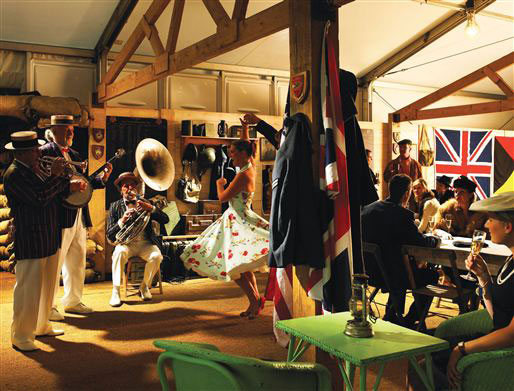 In the Revival High Street and Market areas, business was so brisk that many store holders sold out of their entire stock for the weekend by Friday afternoon, and had to return to their HQs to replenish their stocks of hats, cheese, dresses and so on…. 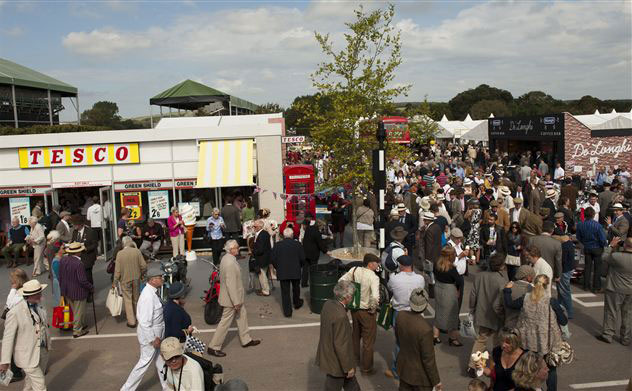 The Freddie March Spirit of Aviation, in association with Midair, is now firmly established as a highlight of the Revival.  This prestigious concours d’elegance for historic aircraft – named after Lord Marsh’s grandfather – grew even larger and ever more popular this year, with the worthy winner being the Beech Staggerwing, entered by William Charney.  The stunning 1938 Bentley 4.5 litre Embiricos was the public’s choice for the Best British Sports Car in the Earls Court concours. 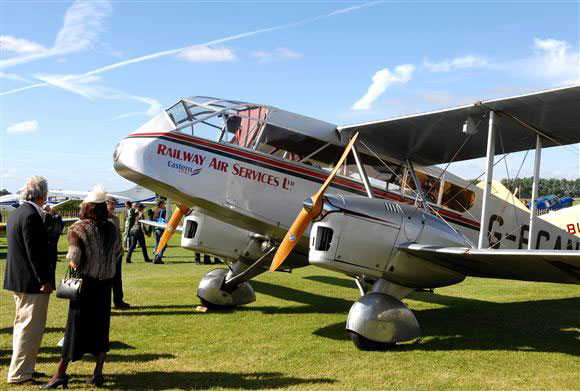 A Montage of Photographs capturing the essence of the fun atmosphere at this year’s Goodwood Revival :- 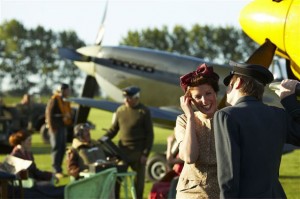 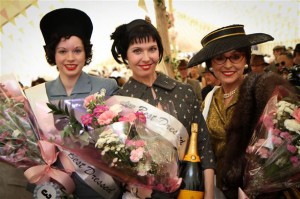 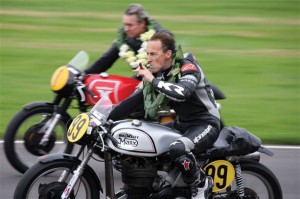 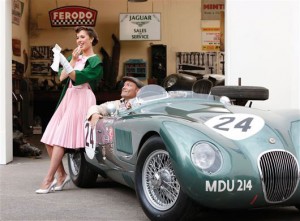 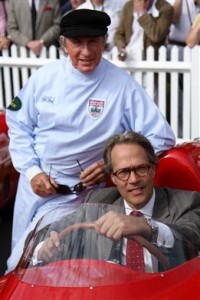 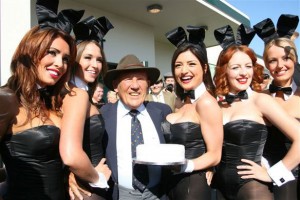