We recently decided to road test a sporty hatchback with style, and  alighted on the Alfa Romeo Giulietta which offers a good balance of stylish design, and impressive performance, all  in keeping  with the Marque.

We had the ‘Sportiva’, with a manual gearbox, which did not inspire us until we switched to ‘Sport’ mode which made life a lot more fun, and I would leave it in ‘Sport’ mode if you want to get the most out of the engine.

We chose the Diesel option, pioneered by Fiat, which comes in 104bhp 1.6 diesel; and a 134bhp, 168bhp 2,0 litre, six speed manual gearbox is standard on all models, and some are available with Alfa’s dual clutch automatic transmission which they call ‘TCT’. 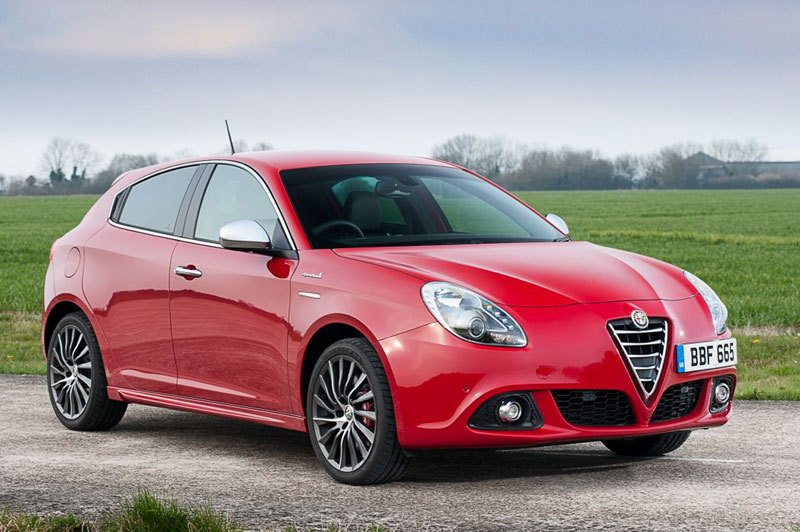 Alfa Romeo is one of those famous ‘Marques’ which we remember from our youth when they were rather exotic Italian cars driven largely by scions of the British aristocracy, and Italian movie stars, so it was with some curiosity that we recently drove the Giulietta S1 Sportiva, pictured above.

The Giulietta has an interesting ancestry, dating back to those fabulous pre-war cars which reeked of luxury and  performance, and its direct ancestor was the very pretty 147 Giulietta Coupe, see below, which first appeared in 1954, to be followed a year later by the Giulietta saloon.

So, I approached the modern Giulietta with some trepidation, and curiosity to see if Alfa Romeo’s Giulietta can compete in the mid market with the likes of Fiat, Audi and Volvo.

The Model we had was the entry level Giulietta S1 Sportiva, and the range of engine choices are: a 118bhp 4 litre petrol engine followed by the excellent 1.4 litre 168 bhp Multi-Air model, and then finally a 232 bhp 1750 cc TBi Cloverleaf.

The new Giulietta is available as a 5-door hatch-back only, allowing it to compete with the BMW i3, the Audi A3, and the Volvo V49, and it certainly stands a good chance of becoming the cornerstone of Alfa’s plan to have a meaningful share of this market

When deciding on the Giulietta, Alfa Romeo clearly focussed on weight efficiency, whilst not ignoring the all important distinctive ‘design’ which is an integral part of an Alfa’s DNA, with the intention of bringing it ‘up-market’, to use that awful expression, and they have achieved this quite effectively. 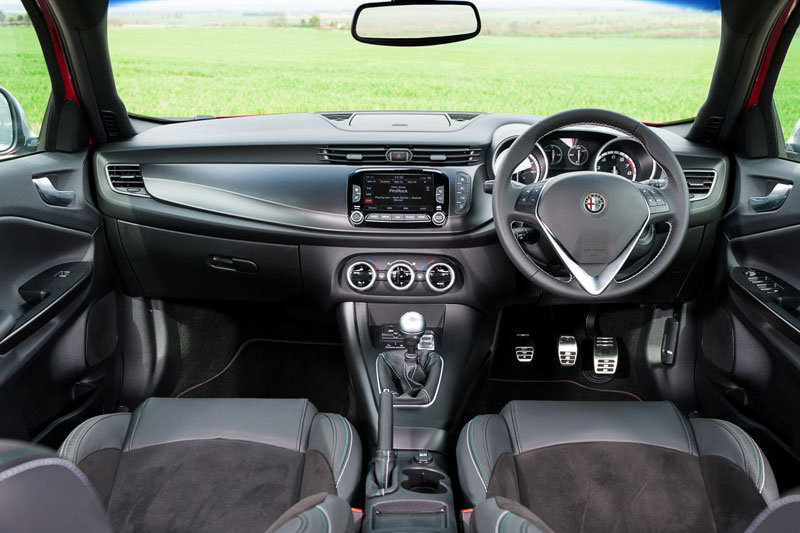 Design successes include the quartet of LED daytime running lights and part of the window frame, arranged vertically within the front clusters, whilst the rear door handles are integrated into the window frame, and took as a while to find!

This ‘arrangement was first used in the ‘156’ model, and helps the 5- door resemble the 3 door model. There are also twin exhausts for the diesel Giulietta.

Alfas are all about performance and the more powerful 2 litre JTDm engine is the one to go for, and we found the Sportiva gear changing somewhat ‘lumpy’ on occasions, and it is definitely more responsive in ‘Sports’ mode.

The basic 1.4 petrol engine does 0-62 in 9.4 seconds, while the more powerful Multi-Air petrol takes 7.6 seconds. Alfa also offers the sporty ‘Quadrifoglio Verde’ edition of the Giulietta, which has a 237bhp engine from the Alfa 4C Sports car, making it the fastest in the range.

The diesel engine range starts with the 1.6 litre engine which takes approximately 10 seconds from 0-63 mph, which the 2 litre diesel does in 8.8 seconds

This powerful engine makes the Giulietta an excellent motorway cruiser with the economy of 67 mpg, but it is not as entertaining as its ‘hot hatch’ rival, the VW Golf, SEAT Leon Cupra, or Ford Focus ST, and when you think how expensive it is, it is facing some compelling competition. 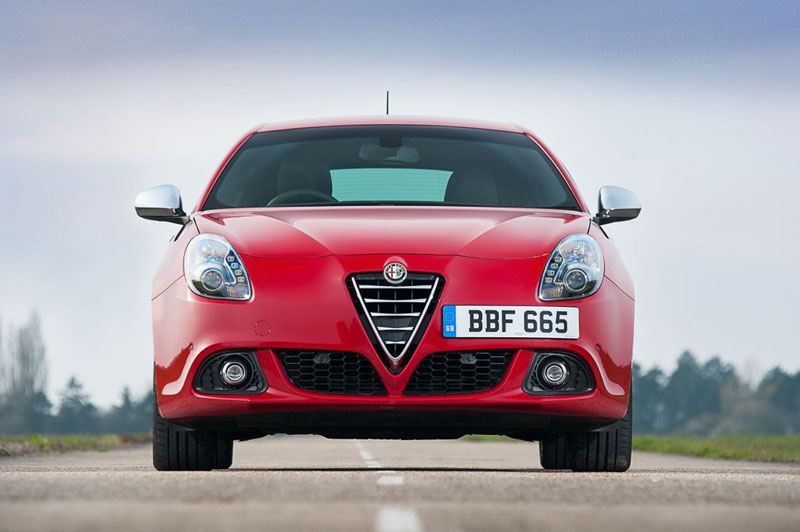