Do not be distracted by the rather plain looks of this luxury saloon because this is one of the most advanced motor cars in the world with an incredible specification and  many impressive technological innovations. This elegantly understated luxury saloon shares its heritage with nothing less than the Bentley GT Continental. 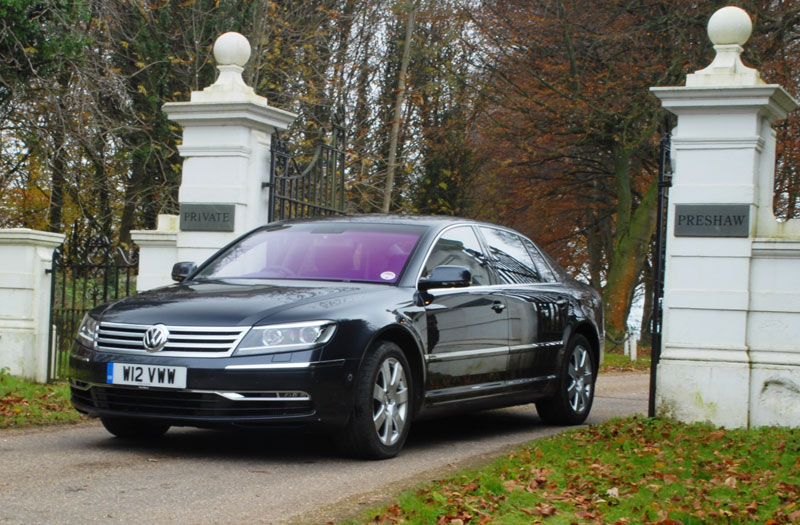 Launched in 2003 in the UK and up-graded in 2009 and 2011, the Phaeton hasn’t exactly broken sales records, and in 2006, VW North America dropped the Phaeton completely due to poor sales.  Meanwhile, sales in Europe have continued at a modest pace but demand from China keeps the model alive. That’s a real shame because it is a wonderful car to drive or to be driven in.

The Phaeton was conceived by Ferdinand Piech, then chairman of Volkswagen Group, who wanted Volkswagen engineers to create a car that would surpass the German prestige market leaders, namely Mercedes-Benz and BMW.  The decision to launch the Phaeton was partially in response to Mercedes’ decision to compete directly with Volkswagen in the European marketplace with the low-cost ‘A’ Class.

It was also intended to support the Volkswagen brand image, since the most expensive versions of lesser models, such as the Golf GTI, were starting to cost almost as much as equivalently-sized prestige brands.

Although the Volkswagen group already has a direct competitor in the full-sized luxury segment, the Audi A8, the Phaeton is intended to be more of a comfort-oriented limousine like the Mercedes-Benz S-Class and Lexus LS, while the Audi A8 and BMW 7 Series are more sport-oriented.

Initial development of the Phaeton, given the internal project code VW611, began with Piëch giving his engineers a list of ten parameters the car needed to fulfill.

One of them was that the Phaeton should be capable of being driven all day at 300 kilometres per hour (186 mph) with an exterior temperature of 50 °C (122 °F) whilst maintaining the interior temperature at 22 °C (72 °F).

Compared to the Audi A8L 4.2 FSI Quattro, the Phaeton is 545 pounds heavier but is still competitive with the lighter A8 in most driving tests, due to the Phaeton’s increased engine power (335 hp versus 330) and a shorter axle ratio (3.65:1 versus 3.32)  However, the weight gives the Phaeton considerably worse acceleration and poorer fuel economy compared to the A8.

The Phaeton has the longest wheelbase in the Volkswagen passenger car line, and is incredibly comfortable as a result.  Development of the vehicle led to over 100 individual patents specific to the Phaeton.

It is a concept car with lengthened body for 6 passengers, and included a W12 cylinder engine, and a reinforced chassis, 6-speed Tiptronic automatic transmission, individual climate control for each passenger, front and rear wine coolers, a minibar, multi-colour mood lighting, a cigar humidor, two 17-inch monitors, DVD changer in the trunk, 2nd DVD player in the back cabin, and a Bluetooth-enabled computer with a broadband connection! That is quite a ‘specification’.

The Phaeton debuted at prices comparable to similar offerings from Mercedes-Benz, BMW, Lexus and the Volkswagen Group’s own Audi A8 (which shared its powertrain with the Phaeton).

However, sales have fallen far short of expectations, and the W12-engined models have depreciated significantly, and sell for a small fraction of their original cost.  In autumn 2013 The Economist placed Phaeton into the report on Europe’s biggest loss making cars. 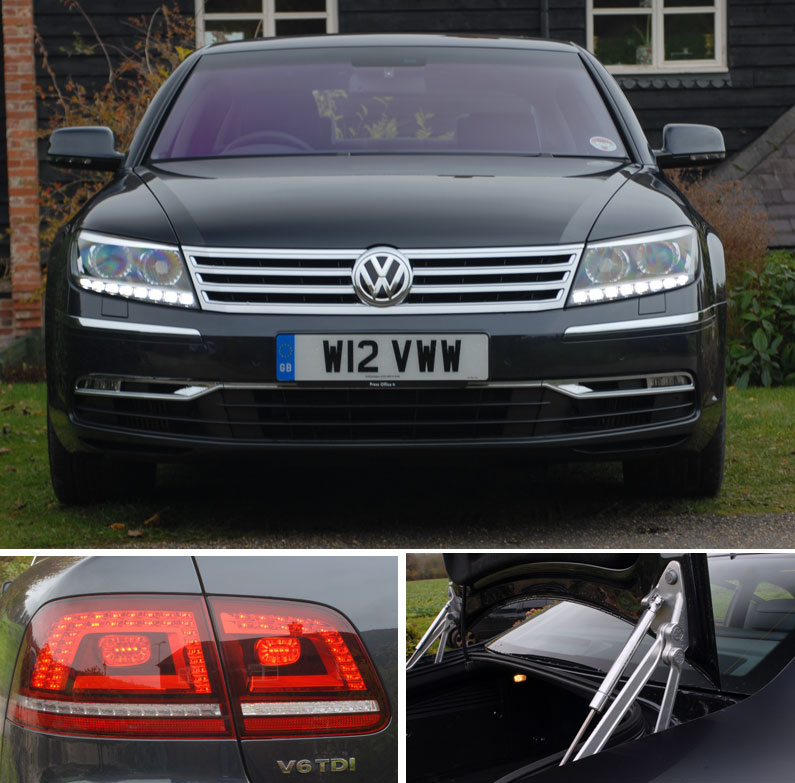 Having driven the Phaeton in all weather conditions on a variety of road surfaces, I can vouch for its extraordinarily comfortable ride, and the smoothness with which it delivers endless power.

So, if you are looking for an exceptionally engineered luxury saloon, at a fraction of the prices of its main competitors, then I would highly recommend buying a second hand V12 Phaeton which will have already lost a considerable amount of its ‘new’ value, and will provide you with motoring quality to rival any of its competitors.

It may not turn heads, but it will make you feel quite smug that you have discovered such a bargain, and you can be smug in considerable comfort!

Where can you get one from?  We recommend The Ridgeway Group: