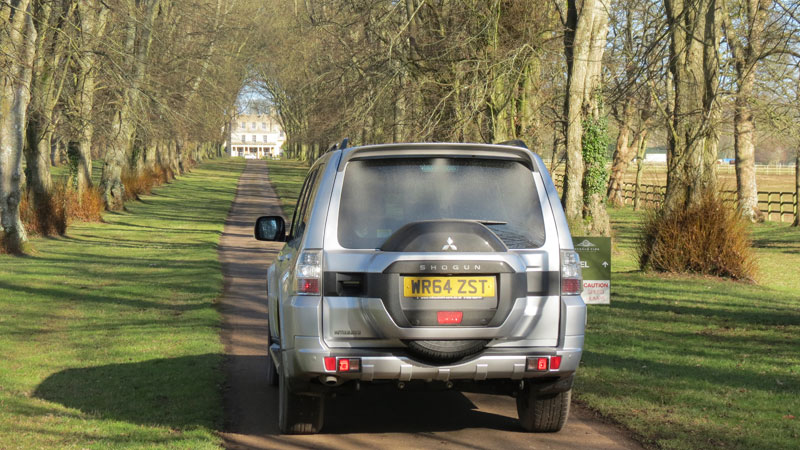 The Shogun was launched as far back as 1982 and became a global best seller throughout the 80s and 90s and into the new millennium, but its market has shrunk as so many competitors joined the battle for the lucrative 4×4 market, which expanded into the luxury end of the market served so well by Land Rover, who make the more luxurious Range Rovers for owners who hardly ever go off road!  Thus the Range Rover became known as the ‘Chelsea Tractor’, and became the preserve of petite blondes doing the ‘school run’.

The Shogun can do everything a Range Rover can do off-road, although it is a little less sophisticated ‘on road’ which  is where most Range Rovers spend most of their time, and where they shine compared to the competition, but the off-road abilities of the Shogun are legendary.

The Shogun used to have a huge share of the 4 x 4 market by being a reliable off-roader, without the high price tag of its more polished rivals, and this certainly made it the 4×4 of choice for farmers and landowners and anyone wanting reliable 4×4 performance.

I remember being on many shoots where all the guns drove Range Rovers, either the Vogue or Sports models, and the shoot owner drove a Japanese 4WD, invariably a Mitsubishi ‘Shogun’, mainly for the price saving, but also for the reliability, which Land Rover fought so hard to emulate. 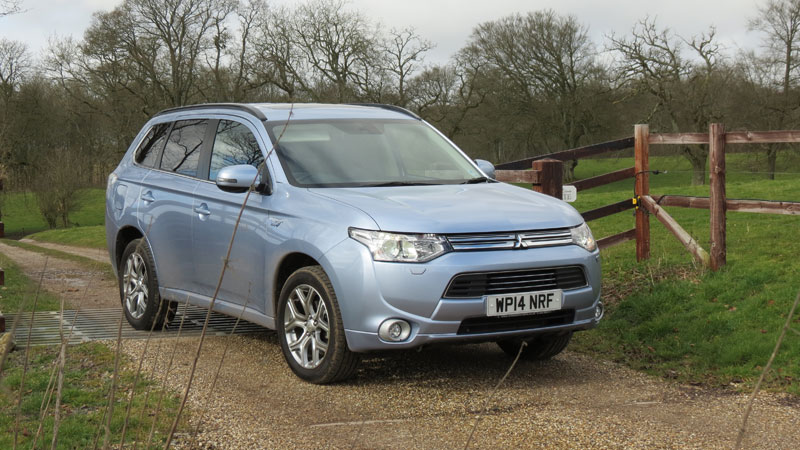 The next model we test drove was the ‘Outlander’ PHEV.

The ‘Outlander’ hybrid PHEV, is a cross between an estate car and a large 4WD, but with the option of a dual fuel ‘switch-over’ model, called a PHEV, which switches effortlessly between Petrol and Electricity, and is fast and quiet, so much so that you sometimes find it hard to know the engine has started.

PHEV stands for ‘Plug-in Hybrid Electric Vehicle’, and the ‘official’ MPG figures for the Outlander PHEV are 148 with a full battery charge and 48 with a depleted battery.

Whilst the Diesel is a 7-seater, the cross-over version is only a 5 -seater because the electric motor fills the space where the sixth and seventh seats are on the diesel.

The ‘Outlander’ has an extremely comfortable driving position, great visibility, and easy handling, making it a most relaxing car to drive, and with all the space for a family of 5 plus luggage, or a 7 -seater if required.

The other, substantial benefits of the Outlander, are no Road Tax, no Congestion charge, and a 5% Company Car Tax, with a £5000 rebate, funded by the Government, on the new price which reduced the model we drove, from circa £39,000 to near £34,000, and, at this price, it is a lot of car for the money.

Prices range from £28,249 to £39,999, and represent fantastic value for money, making this a  superb family car as well as an economical company car, and this must be the way motoring is going in the future 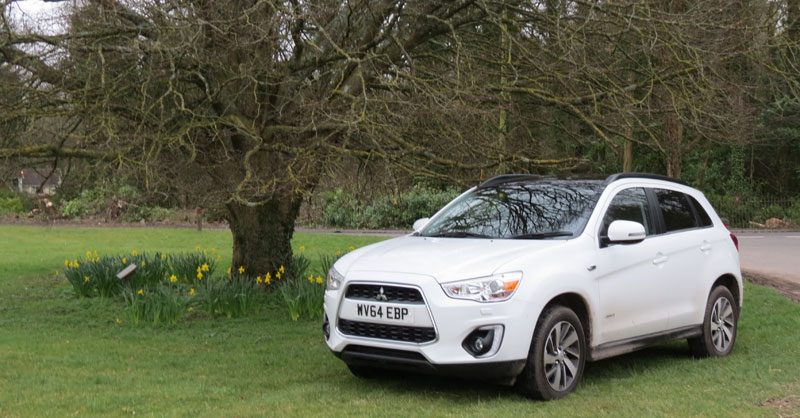 Finally we tried the Mitsubishi ASX 4 which also comes in a ‘cross-over’ version, and the specification on the ASX is truly impressive, with the following included as standard on the ASX 4 Auto with prices starting at £24,649

Again, that’s a lot of car for the money, and it was incredibly comfortable to drive, with great handling and very steady on the road.

So, take your pick; they all do precisely ‘what it says on the can’, and more!

For further information on all Mitsubishi models, just click here or on the images of the different models