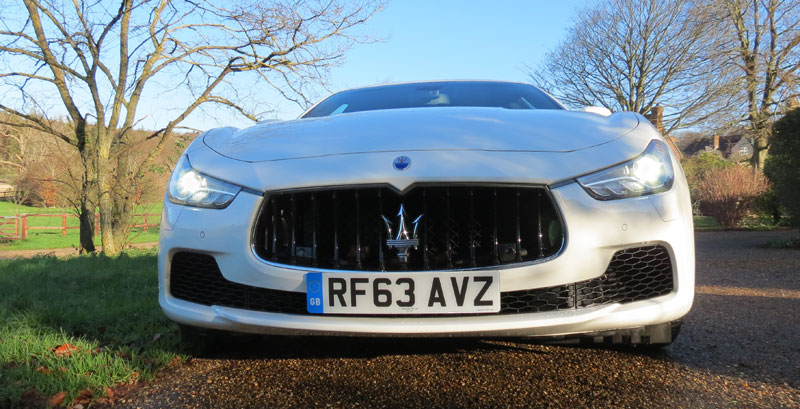 However, there is an undeniable kudos in having the Trident on your radiator grill, and Maserati are busy cashing in on this. They are planning to build 50,000 cars a year from this year, and on this basis, Maserati might well become a force to be reckoned with in the luxury car market over the next few years. 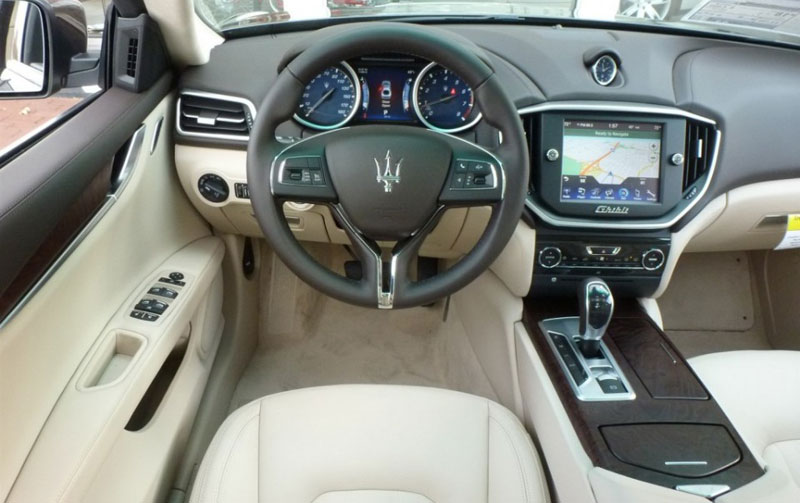 The Ghibli has an appealing interior with stylish leather but more discreet than the Quattroporte. There are handsome leather seats, and a Maserati clock in the middle of the fascia. There is the option of a superb 1280w Bowers & Wilkins audio system.  And, joy of joys, the Satnav is refreshingly clear and easy to use; a rarity these days, when most Satnavs are so complicated that you spend the first ten minutes of your journey just sitting in the car reading the SATNAV manual.  The other refreshing thing is a climate control system with oodles of power, capable of clearing the windscreen in a matter of seconds…

I have driven three Maseratis in the past two years, the GranCabrio, Quattroporte and now the Ghibli and on each of them, the interior leather and wood was all of the highest quality, and all of them handled beautifully.

The Hydraulic Steering system on the Ghibli is robust, yet sensitive, and the ride is firm without being too bumpy, or uncomfortable.  The gearbox is seductively smooth, and the Ghibli does 0-60 in just over six seconds, and Maserati claims 48mpg overall, so it is a very attractive proposition.  More importantly, it is great fun to drive, in a way that other high performance cars often fail to be, because they are too complicated

The base petrol V6 Ghibli is a superb car, and unsurprisingly feels more like a ‘proper’ Maserati, and sounds as juicy as any Italian car ever has – the Ghibli uses sound actuators and an exhaust bypass valve for the full Italian ‘Three Tenors’ effect – and is generally more fun to be around and in, than any of the competition. 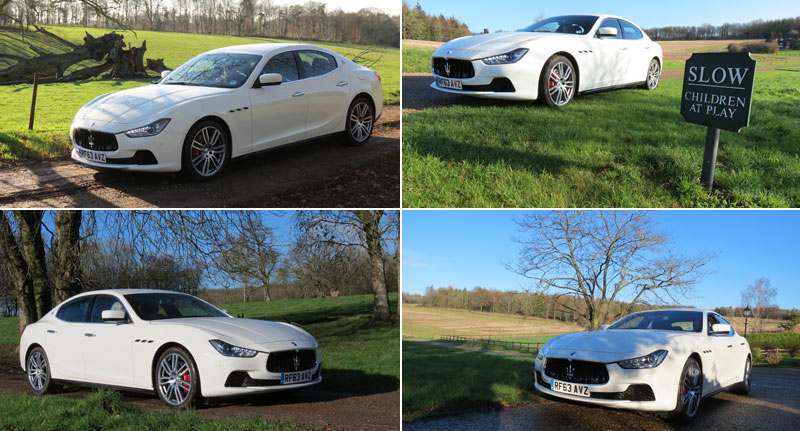 The Ghibli is convincingly seductive and the diesel emits 158g/km, and sits in the 26 per cent company car tax banding, so it’s there or thereabouts if you want or need to justify buying one on technical grounds, but forget all that, and just think about saying the word Maserati should someone ask what car you drive. Sounds good doesn’t it?

The only thing I dislike about this car is the name, even though it is a nostalgic gesture to the first model produced in 1966 and continues the tradition of Maserati naming their models after winds – Ghibli being a Saharan wind of course this conveys speed and mystery.  ‘Ghibli’ to me does not have the same effect as the ‘Quattroporte’, which conjures up an image of a car with four very sexy Italian girls with long legs and in high heels! (Bella Regazza)

In fact, there is a memorable lyric from an early Rod Stewart song called ‘Italian Girls’ released in 1972, which had the immortal  line:

She was tall, thin and tarty
and she drove a Maserati
faster than sound
I was heaven bound

What more can I say?, except, that we are really  looking forward to test driving the new Maserati ‘Gran Turismo’, which is the ultimate Italian Sports Car, so watch this space. 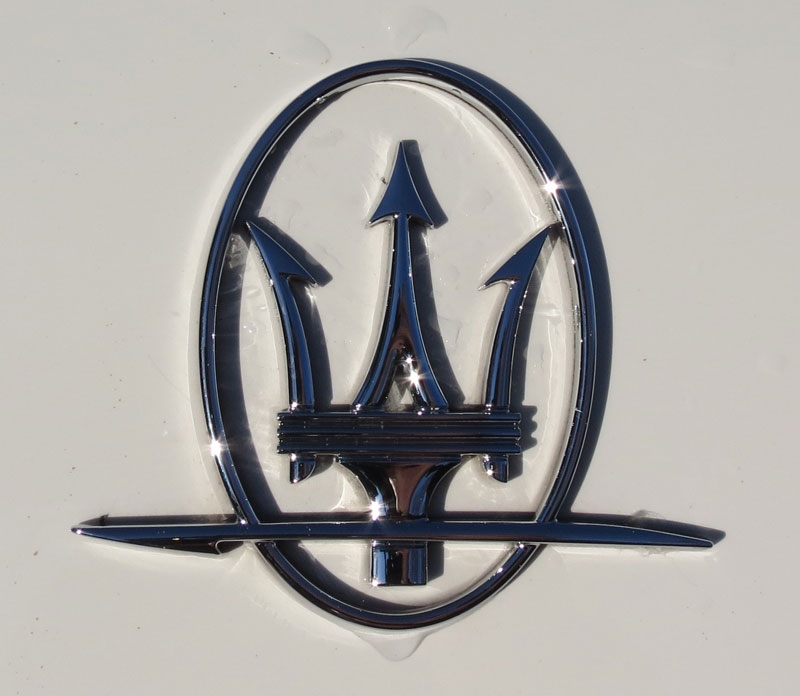 Robert Jarman, the Founder and Editor of The Vintage Magazine