Pronunciation may or may not seem to be important. Probably the best advice would be to speak the language of your own country when you are in it, and at least attempt to do the right thing when you are abroad.

“Porsh” is how the British say the name and we all know what it means, mystical, Teutonic, iconic, elitist, exciting and probably fast. Right on all counts except the name, “Porsha” is the correct Germanic pronunciation as is Miela for those best of domestic appliances. 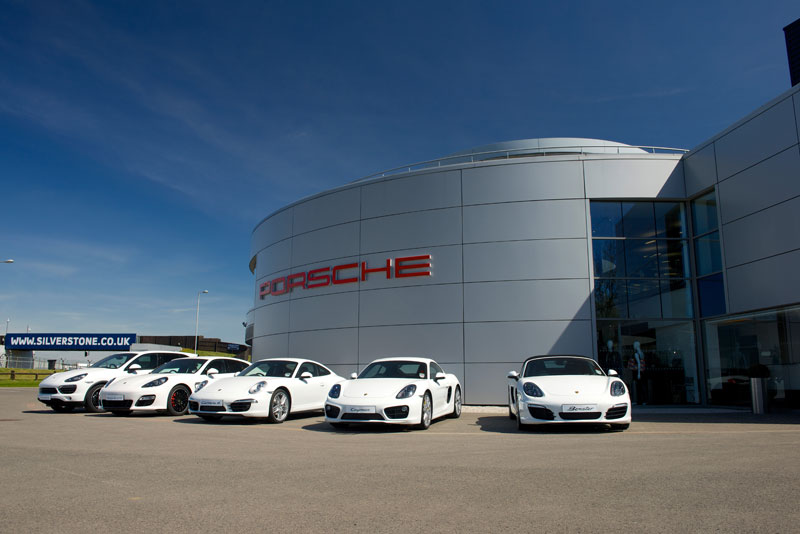 The Porsche Experience Centre is a place best described as somewhere that you can have the most exhilarating experience, sitting down. If you are a Porsche owner, aspiring owner or are a responsible faster driver, the Porsche Centre at Silverstone has to be on you essentials list.

I believe that all current models in production are available for testing and training purposes. The Centre is built around a modern hub that has a showroom on the ground floor and an award winning restaurant upstairs. A variety of models are on display in the showroom including a very early car through the modern examples of 911, Boxter, Cayman, Panamera and Cayenne. 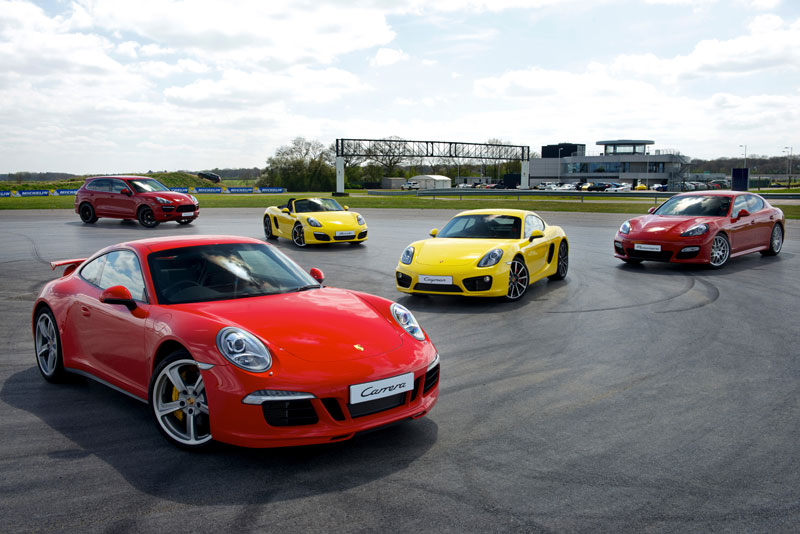 Porsche are also right at the forefront of vehicle hybrid development and have cars in their range that attract no Road and have the run of London without the burden of the congestion charge. Engines that deliver well on emissions and fuel economy are a feature of the entire model range.

The Driver Experience begins by meeting you one to one instructor over a cup of excellent coffee in the Restaurant. There are a number of instructors on hand, there can be anything up to twenty cars on the roads of the centre at any one time.  During our introductory briefing the instructor explains the need for safety at all times. That is not to say that there will not be the opportunity to explore the limits of the cars power and ability.

A description of the layout includes a circuit of road constructed to emulate sections of country roads with on and off camber corners, hills dips and troughs. There are blind corners and corners with hidden apexes. A very challenging and well considered test track that measures just a mile. Within the infield are other options to further enhance your car control. The low friction complex has a number of corners in quick succession that have as special low friction surface to encourage the car to slide.  Adjacent to this area is the Ice hill.  This is a painted surface covered in running water, my instructor assured me it was impossible to stand on this surface. If you had an exceptional sense of balance it might be possible to remain upright but you would arrive at the bottom of the hill unaided and soaked by the computerised water jets that create a random slalom course for you to negotiate in the car.

The kick plate is another area which is a moveable metal plate that is triggered at random to destabilise the rear of the car to simulate a loss of rear wheel traction.

All of these areas are open to be explored and I must say I was extremely impressed by the quality of instruction and the abilities of the chosen car.

If ‘Off Road’ is your thing them a whole separate area is set aside for the muddier side of motoring where the 4X4 models can be put through their paces.

Following my in-depth briefing, where I was obliged to admit to my many years in Karting, I also raced a car on a couple of occasions won one and crashed in the other!  History laid bare we headed out onto the test track.

A few exploratory laps and a few words of advice later, we headed to the Low Friction section, here I was told I was too cautious and to use all the throttle.  I guess I was all too aware that I was in a valuable car that belonged to someone else.

Unleashing 400 horsepower in 1st gear is an experience on its own, without the certain knowledge that you are about to lose control in a dramatic and probably untidy manner!  I have never experienced instruction on this type of driving and have to say it was extraordinary.  Within minutes a well-controlled slide at high speed and high engine revs seemed to be easy!

Having mastered to some degree the handling abilities of the car it was off to the Ice Hill, just to bring me back to planet earth and reaffirm that I really knew very little.  However once again after what seemed to be relatively simple and straightforward instruction, we were able to negotiate the slalom without facing the wrong way or hitting the water jets that were there to simulate brick walls and trees!

The course that I was on lasted for one and a half hours which allowed for two trips round the various disciplines, a very effective means of making sure that the instruction had hit home and that the improvement was likely to remain in place. The thing about this type of reactive driving is that to be of any help in an emergency it has to be second nature to react instinctively, any time given to thought is probably too late.

I was very lucky to have about ten minutes left before the end of the session when the instructor said I could do anything I liked. The dormant racer in me wanted to do some faster laps around the road circuit. The car I was driving was a Carrera 4s with manual transmission.  After building speed for about 3 laps I can tell you it is something else to have your foot to the floor in 3rd gear in a Super car like that.

I was told to leave the car in 3rd, so I didn’t need to use the clutch at all, I didn’t admit to the instructor that I was left foot braking, just like a great big Go-Kart….Perfect !

For an in-depth look at the Porsche Carrera 4s see my subsequent article, as a taster here is my first and last observation.  Forget all that you may have heard about a Porsche being tail happy and tricky in the wet.  Perfect balance and a slight tendency to under steer is the order of the day. You cannot disagree until you have been to the Driver Experience at Silverstone, and then I am confident you will not disagree. 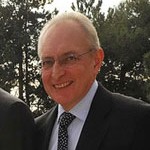 George Robinson has been competing at Go-Karting  since 1968, and was in the British Team in 1974.

He won three French Championships, and had the most podium finishes of any driver up to the year 2000 in the 24-hour ‘Le Mans’ race and was Second on the occasion on his  ‘comeback’ race.

George Robinson has been a freelance journalist since 1983 writing for specialist automotive magazines, and is now the Motoring Correspondent for The Vintage Magazine.