When the ‘F’ type Jaguar first appeared, the hardened Car Journalists were only too ready to write it off, but, as we found, it is a car which definitely grows on you, and after a few days it is easy to start getting very fond of it, despite certain shortcomings like a boot that is hardly big enough to put a pair of boots in, and a cramped cockpit where you need to practice Yoga to get the seatbelt on.  So, providing you don’t want to take any luggage with you, this is a very pretty sports car!

The new Jaguar F-type comes as an ‘entry-level’  V6, a sharper and more expensive V6 S, and best of all is the top V8 S specification which is the car we drove, and the overall  response was that it’s extremely good, going on excellent, verging on superb.

Which is just as well because Jaguar’s reputation as a sports car maker rests on the success of the rear wheel-drive F-type, so to discover that their labours have not been in vain is good news.

Any doubts about the F-type’s asking price being on the high side have been put aside, because although expensive, it’s also worth it because it delivers, in spades! The Jaguar F-type V6 S delivers 375bhp, and does 0-60mph in an impressive 4.9sec. The Jaguar F-type V8 S is a hairy beast which does 0-100mph in 8.8sec and reaches a restricted top speed of 186mph, which is very fast, and it feels even faster! 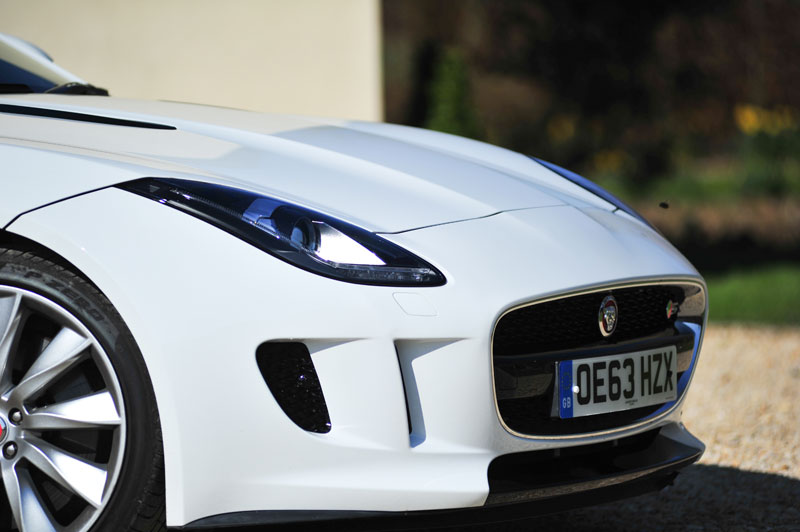 There is a wonderful feel to its handling and steering, and a ride to match. This is an old-fashioned sports car which I defy you not to fall in love with; we did. However, the F-type V8 S is also a sophisticated car beneath its old-fashioned feel. 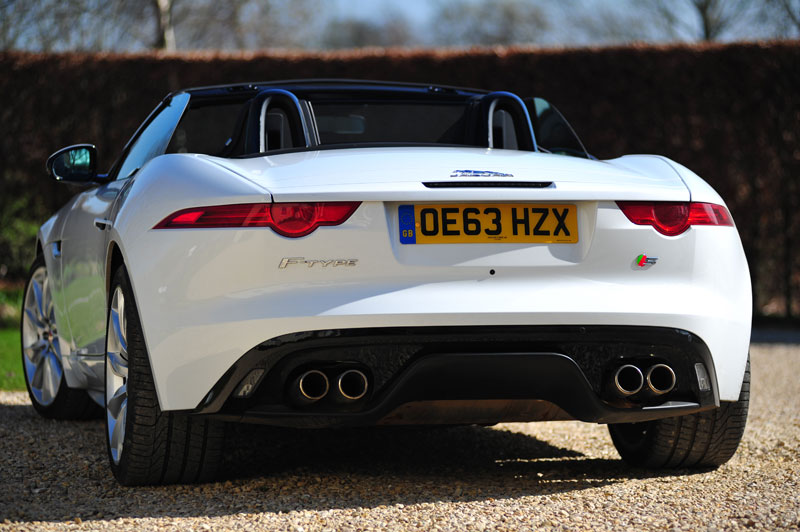 Power comes from a supercharged 5.0-litre V8 that produces 489bhp, and when you bear in mind that the F-type is made largely from aluminium, you’ll realise why it drives the way it does.

The F-type is, by any measure, a brilliant sports car, and it sounds it too, with a wonderful throaty roar as soon as you touch the accelerator, which only gets better as it advances through the gears.

The F-Type may not be the subtle Jag you were expecting; instead, it’s something better: a fun one. 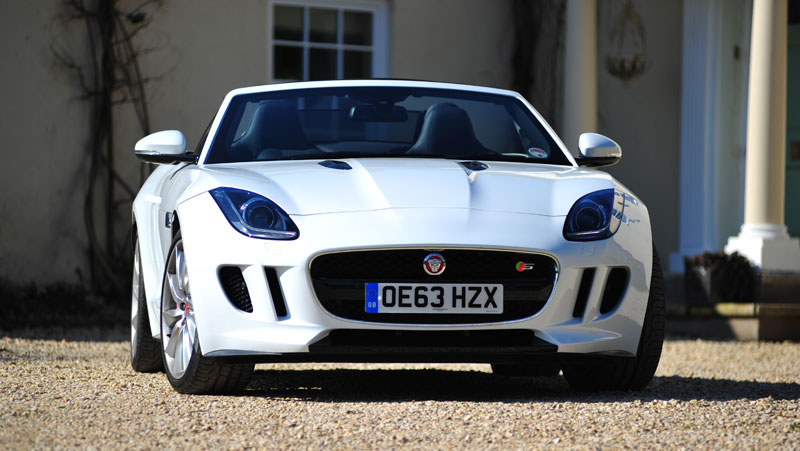 We drove on nearly every type of road, from the A303 the M5 motorway, and then through the narrowest of country lanes to Gidleigh Park Hotel on the edge of Dartmoor, and we returned via deepest Dorset where these photographs were taken at the home of our head photographer, Graham Edmunds, and the ‘F’ type behaved immaculately throughout, as well as drawing many admiring glances.  One man stopped his car, got out and stroked the car saying it was the first one he had seen in the flesh!

Jaguar hasn’t been afraid to make the F-Type a full-on sports car, but it is amazingly well controlled, and therefore easy and great fun to drive. It is also very pretty, with strong echoes of the ‘E’ type.

The F-Type isn’t perfect, but it’s an exceptional sports car, full of vitality, and ‘joie de vivre’, full of fun.

This is a car that Jaguar can be proud of. It is, without doubt, the best sports car they have produced in a long time.

By Robert Jarman, Founder and Editor of The Vintage Magazine.

Photographs by Graham Edmunds, Head Photographer of The Vintage Magazine