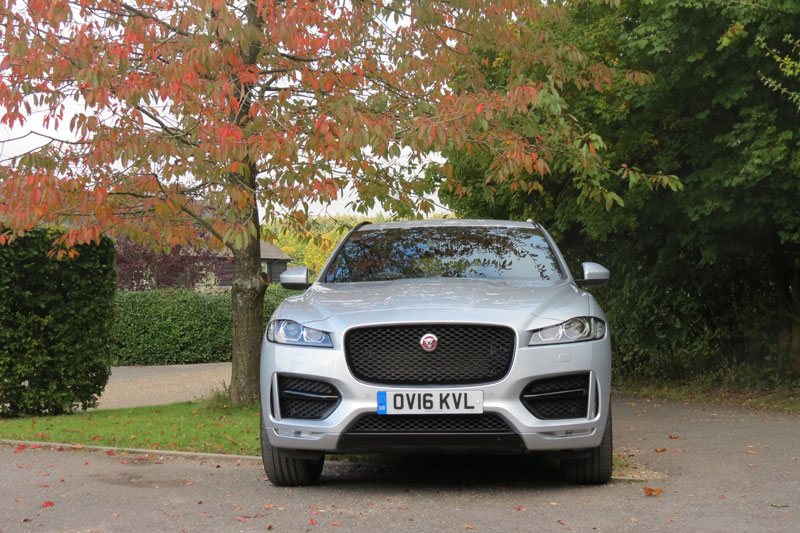 We recently had an ‘Embarasse des Riches’, when we were lent two Jaguars to review ‘back to back’, i.e. on two consecutive weeks, and the models in question were their top of the range saloon, the XJ, and the F-Pace SUV, both designed for entirely separate markets,  and both designed to take on any opposition, including that from BMW and Mercedes, who both have similar models aimed at the same markets. 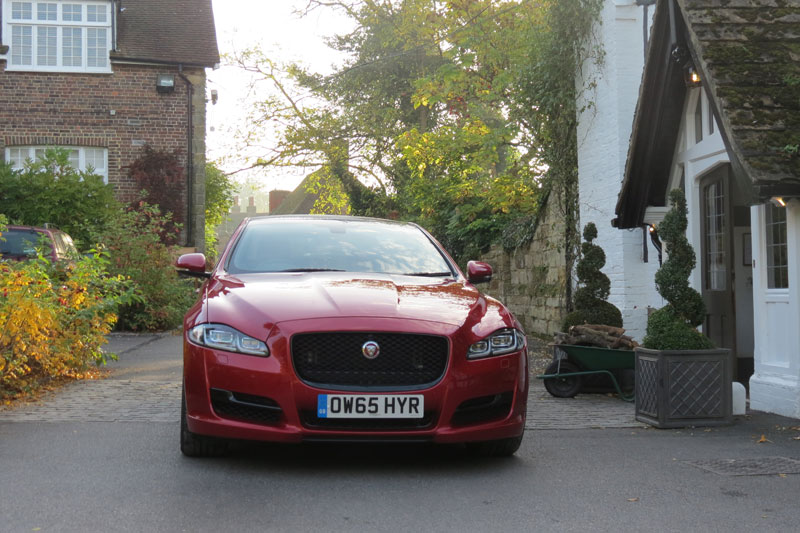 However, we believe that in both cases, Jaguar have the advantage in looks and performance, and in value for money, so will be hard to beat. They also possess that indefinable quality, called Style.

All this is the result of a sustained investment programme by owner TATA, who have performed wonders in bringing Jaguar, and Land Rover, into the 21st century and making both ’marques’ potential world-beaters by focusing on specific cars for specific markets.

Anyway, I hope you enjoy our reviews of both models.

‘Like a Bat out of Hell, I’ll be gone when the morning comes’

The F- Pace is Jaguar’s first SUV and is designed to compete with rivals such as the Audi Q5, the BMW X3, and the Porsche Cayenne  and offers a wide  range of engines and an extensive list of optional extras.

We drove the 2 litre Diesel, which with an on the road price of £40,360, which must represent one of the best value cars on the market today, in keeping with Jaguar’s reputation for producing really good value for money performance cars.

First Impressions are important and the F PACE scores well on this, combining sporty good looks with a serious amount of space within. 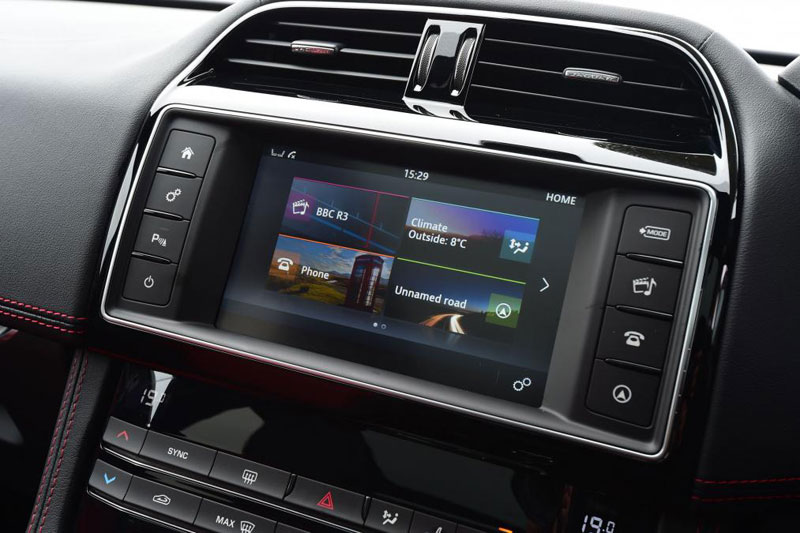 The F Pace also passes our SATNAV  test with flying colours, being very easy to use; and this is one of the best we have used to date.

The ’F’ Pace also handles surprisingly well, and retains the ability to bring a smile to any drivers’ faces as they test the acceleration, which is impressive for such a large vehicle. There are also figure-hugging seats as standard on the sports models. 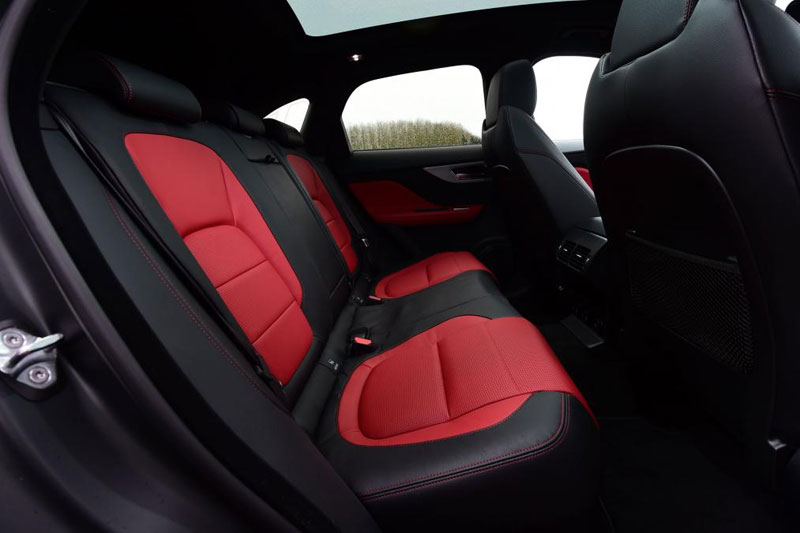 Despite the styling, visibility remains good if not great, but the F-Pace is a real pleasure to drive, and it retains just enough ‘sportiness’ to be worthy of the marque, despite being designed as an SUV!

Jaguar have cleverly achieved the impossible, and have managed to make a genuine SUV which is also real fun to drive, and great value for money.

The Coolest Cat of Them All 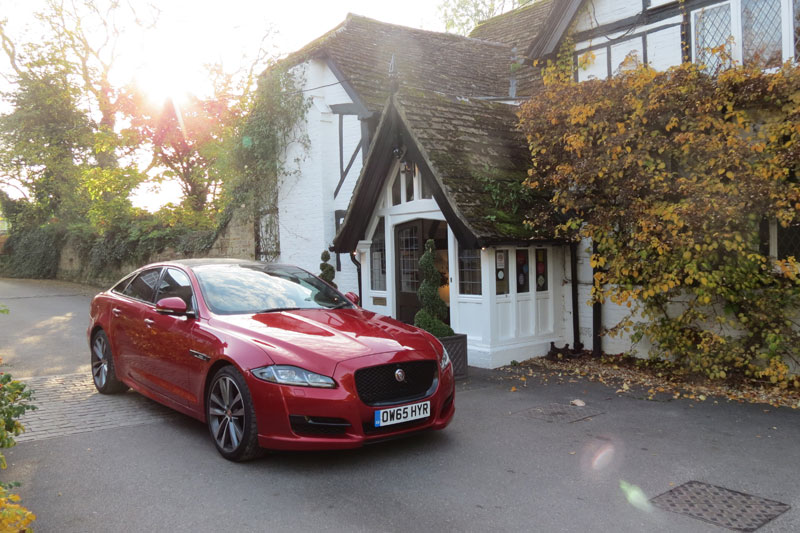 The XJ is Jaguar’s top of the range saloon car, and the result of their substantial investment in cutting-edge technology, combined with their understanding of sporting vehicle dynamics, and opulent luxury.  Not only does this car look great but it drives and handles sublimely.

The Jaguar XJ redefines what a luxury car should be, which is a dramatic combination of beauty, luxury and power. Its agility delivers a refreshingly relaxing driving experience, and for the passenger, the cabin is built for stretching out and relaxing.

The Jaguar XJ dates back to 1968, and has traditionally represented the zenith of Jaguar’s saloon cars and, with a few notable exceptions, one model has looked very much like the next.  This was until Ian Callum designed a completely new model which Jaguar launched in 2010, and this was only the fourth time an all-new XJ had been created, and it has very distinctive looks.

With the arrival of the new XJ Jaguar can confidently take on the Mercedes-Benz S-Class, the new BMW 7 Series and the growing threat from the Tesla Model S.

An all-aluminium body ensures a low kerb weight which is good for handling and this combined with a superb range of engines, means the XJ delivers stunning performance and useful economy – this model boasts a very respectable 49.6 mpg.

The interior is a tribute to the skills of Jaguar’s design team, and makes its rivals look slightly dowdy. 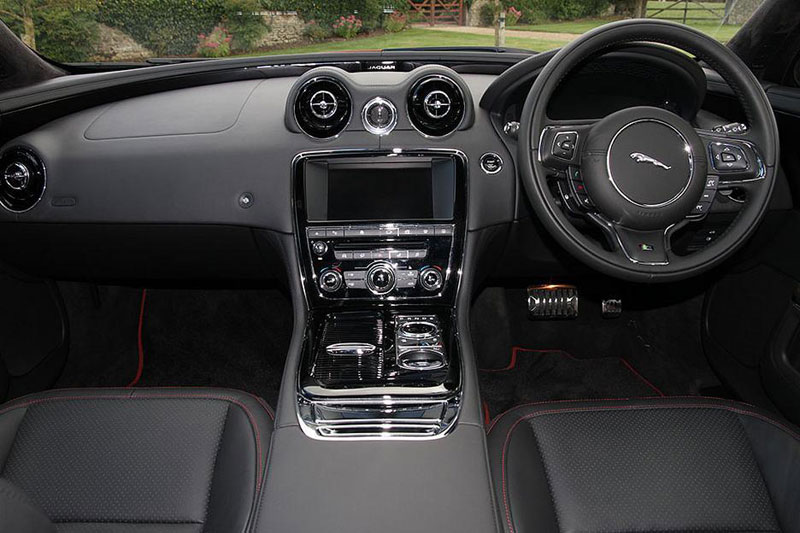 The XJ boasts state-of-the-art technology including a high definition virtual instrument panel which can easily match its competitors like the Mercedes-Benz S-Class and it offers some innovative gadgets.

One of the first things I noticed on settling into the driver’s seat and starting the engine, was that this new Jaguar XJ is equipped with, what I regard as, one the most useful and helpful driving aids yet invented.

This is a ‘Hologram’, projected so that it appears to hover over the front of the bonnet, which tells the driver what the speed limit is for the road they are on, and the actual speed at which the car is being driven.

In a world where cars are becoming increasingly automated, this is a really helpful aid to avoid the ever increasing number of fines and prosecutions for speeding, together with the dreaded ‘penalty’ points resulting from the growing plethora of speed cameras.

Unfortunately, the only other cars in which I have found these gadgets to date are a Rolls-Royce Ghost (lwb), and a Phantom Coupe, and a top of the range Audi, but I am sure they will soon be appearing on all high performance cars and eventually programmed to issue a sound warning when the speed limit is exceeded, and better still, have an option to automatically prevent the car exceeding the speed limit.

Anyway, suffice to say that the XJ has a high specification, and it is difficult to explain just how good this car is,. It has great looks, and is impossibly comfortable to drive. Indeed it possesses that indefinable thing called ‘Style’.

We were lucky enough to be given the XJ ‘R’ Sport which combines supercar performance with the highest levels of craftsmanship, and it proved to be a real head-turner wherever we took it, and its ‘turn of speed’ was quite impressive with 0-60 in 5.9 seconds, and a maximum speed of 155 mph. 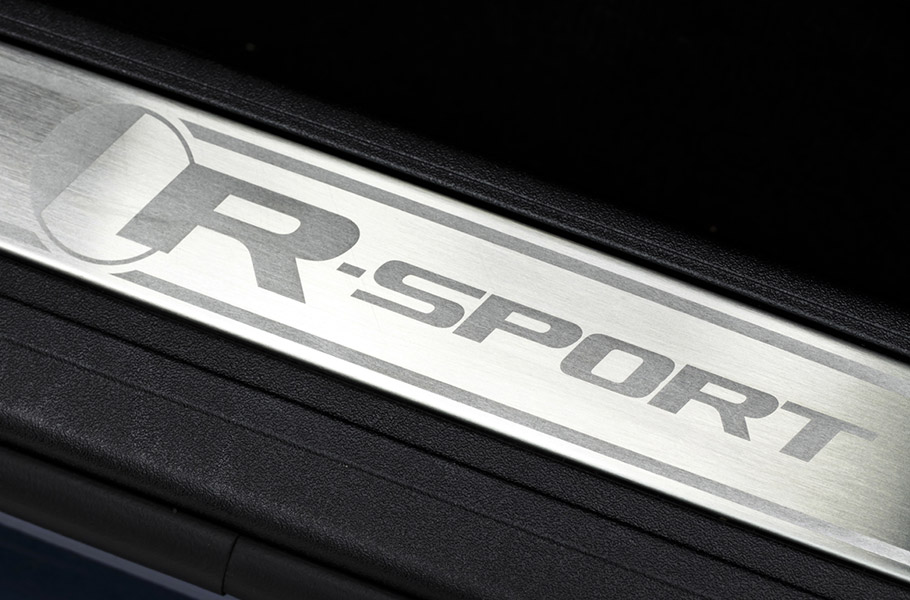 From its 5.0 V8 Supercharged 550PS engine and advanced driving technologies, to the signature ‘R’ styling and contemporary interior, the XJ is the ultimate expression of sporting luxury, and it was all I could do to return it to Jaguar, which I did most reluctantly.

Having done so, the thought crossed my mind that Jaguar has come so far since being acquired by TATA in 2008, and is now well-placed to take on ‘all comers’ with consummate confidence.