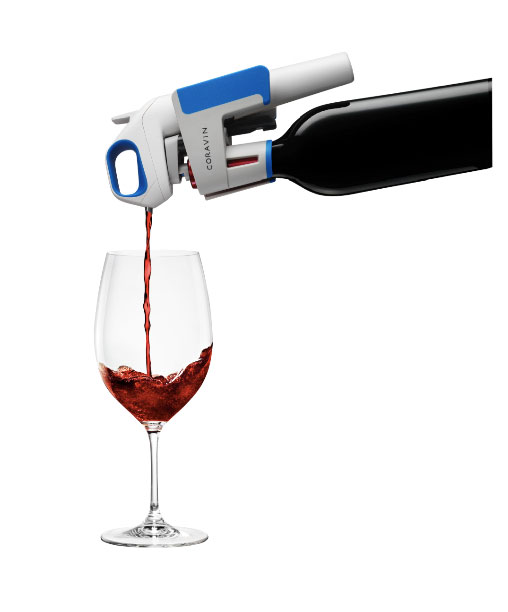 OK, I’ve heard this: “If you have a Coravin at home, that means you don’t have enough friends.” Well, it maybe true. But recently I got a Coravin for my birthday and I have to say, it’s one of the best wine gadgets that I’ve ever had.

Coravin is simply a high tech wine pourer that allows you to sample wine from a bottle without uncorking it. Sounds like a magic trick I know, but it has sound scientific background behind. Invented by Greg Lambrecht, MIT nuclear engineer turned medical device professional, over 10 years and after 23 prototypes. Coravin, launched in 2013, initially caught the eyes of many sommeliers in high-end restaurants and only recently became more accessible and affordable to consumers.

Coravin looks like a microscope from outside. It has a long needle that can penetrate the foil and natural cork (not synthetic) leaving a tiny pinhole in the foil. When extracting the wine, the little capsule attached to the system will fill the bottle with inert argon gas, which protects the wine from oxidation.  Argon is much heavier than oxygen and nitrogen (used by Enomatic wine dispenser) so once it gets in the bottle, it will just sit there, preventing the oxygen from coming into contact with the wine. Therefore, you can pour a glass tonight and then another after a few months or even a few years. Ideal for people like me who don’t want to drink only one type of wine (or can’t finish a bottle). It is also an indispensable gadget for those who want to compare different wines with the same vintage or variety from different regions and don’t want to waste the bottles.

Yon may wonder how the “Coravined” wine evolves compared with non-Coravined wine. There have been many trials around the world. A recent one that I am aware of was held in Taiwan. The importer of Coravin invited many opinion leaders to try four “Coravined” wine opened three month earlier and compared the same wine with newly opened samples. Many of the wine professionals admitted that they couldn’t notice any difference.

For sure, it is an expensive ‘toy’ for wine lovers but I find it rather useful. Of course I won’t use for every bottle of wine as wines, really, are meant to be shared amongst friends and family, in fact the more the merrier. Yet there are some wines you just want to savour, slowly and on your own. Bear in mind that the argon gas is pricey though. Each will allow you to pour up to fifteen 426 ml glasses of wine. The average price for a pair is around £20 but wine merchants Lea & Sandeman offers quite a good price at £12.75. There are currently four different models of Coravin ranging from £199 to £279. Yon can find all the information on Coravin’s website.

This Christmas, maybe you can ask ‘Santa’ for a Coravin? 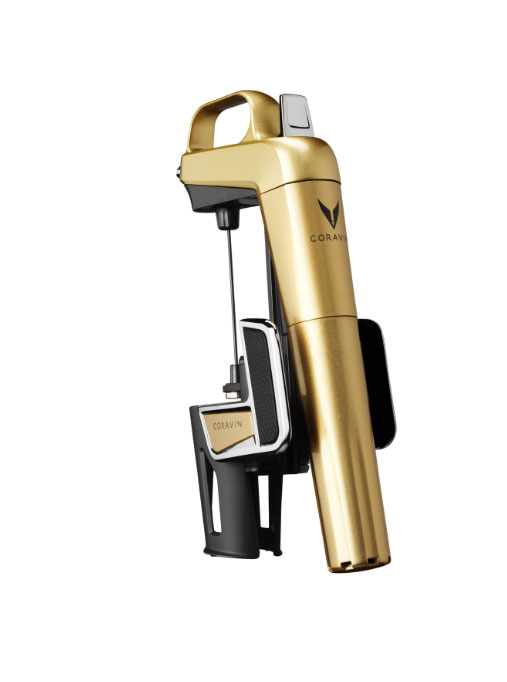