Le Caprice is owned by prolific restaurateur Richard Caring as part of Caprice Holdings bought in 2005 from Jeremy King & Chris Corbin who in their turn bought it in 1981 and throughout all this time it has been a firm favourite with the rich and famous, celebrities and media types alike.  Le Caprice is one of those eateries that continues to thrive whatever the economic state the country is in.  Its ideal location in Mayfair certainly helps but I believe its secret ingredient is that it has remained true to its original ethos. 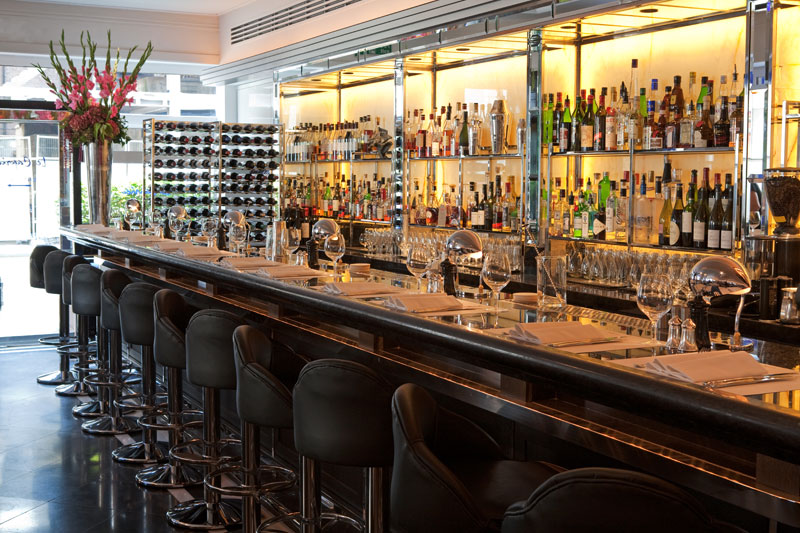 In spite of its makeover in 2011 Le caprice confidently chose not to change its nod to the Art Deco style with its strong use of chrome and black and iconic David Bailey prints, which at the same time smacks of the 1970s but if it works, why change it?

Le Caprice encapsulates that magic combination of not only being about the food but the whole dining experience.  Andres Mclay has been the head chef since 2011, having previously worked at Scotts and J.Sheekey which are both not unsurprisingly in the Caprice Restaurant group. 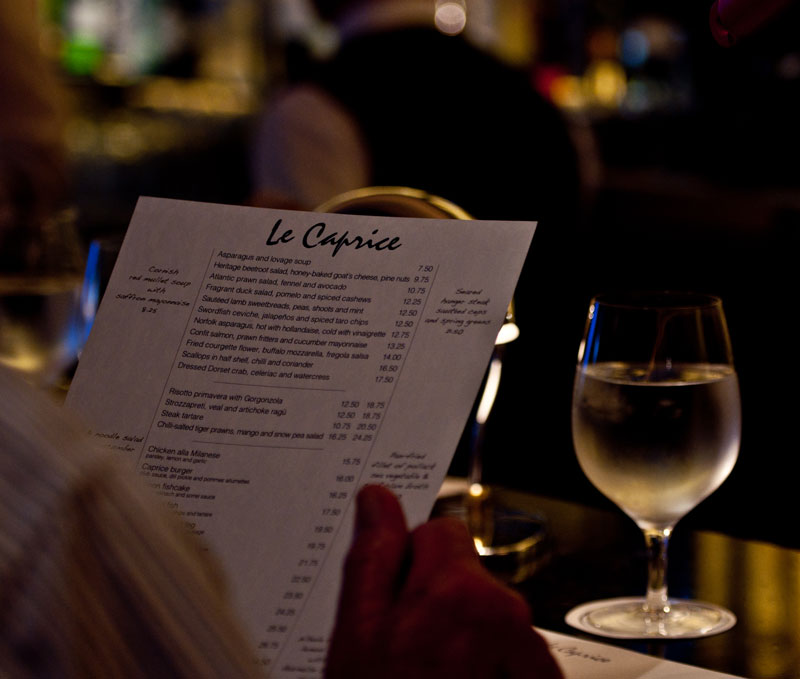 The menu is interestingly and culinary mixed in its influences, from traditional English to Italian and Spanish inspired dishes with a strong presence of Asian dishes.  To this end I chose to start with Tuna tataki, a spicy Asian salad with jalapeno dressing and I encouraged my husband to go with the crispy duck and pomelo salad with spiced cashew nuts which he found to be absolutely delicious.  My main course was again Asian in style, a Thai baked sea bass with fragrant rice and a side of spinach and Robert chose the Goan monkfish and prawn curry with saffron rice – there was absolutely no complaints from either of us.

We followed with comforting puddings of  a tarte tatin of apricots with toasted almond ice cream and a traditional cheese cake with strawberries and elderflower.

This is a confident, grown up restaurant that knows it is good at what it does, the staff are attentive without being overbearing, and they are obviously proud to play their part of being associated with an eaterie that is so firmly established in the echelons of London’s best restaurants.

Le Caprice is definitely a restaurant to try at least once in your life and I would dearly love to be a member of this ‘club’ on a regular basis.   We ended our lengthy lunch feeling grateful to have played at being a ‘celebrity’ for a few hours – they do eat well those celebrities! 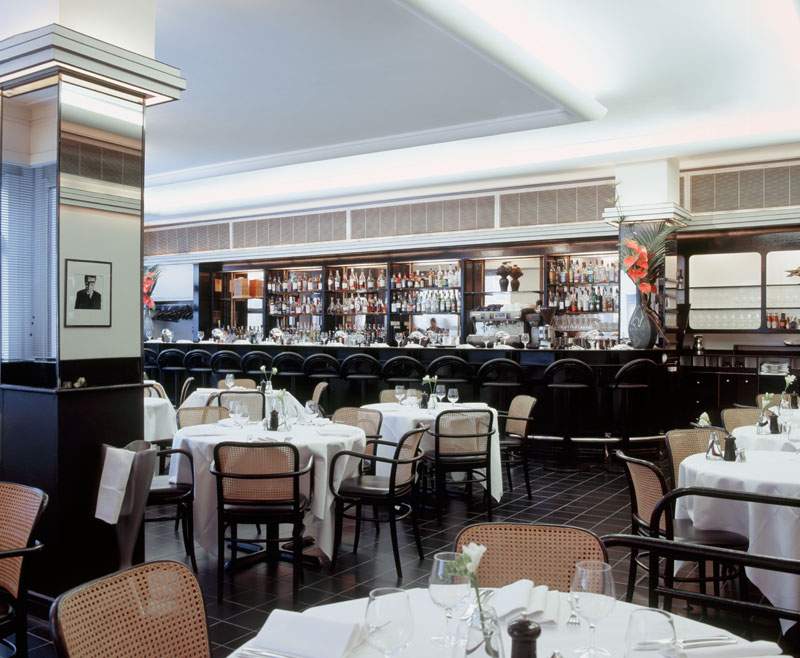