I have always been a great fan of Beach restaurants all over Europe and the Mediterranean where I have eaten at some of the most basic Tavernas in Greece, to the ultimate beach restaurants on Pampellone Beach at St Tropez and at the zenith of luxurious dining, Eden Roc, Hotel du Cap at Cap D’Antibes.  Also having spent a year living between Perth and Freemantle in Western Australia, I know a thing or two about what makes a good beach restaurant, so try this description for a start:-

It must be on a beach with stark white silicon sand and a powerful sun reflecting a deep blue in the crystal clear water; the restaurant should be right on or above the beach with easy access; the changing rooms at sea level for the regular early morning swimmers with powerful, gravity-fed, fresh water showers to refresh you before sitting down to sample the classic menu of fresh fruits, yogurt and freshly baked bread and croissants, proper butter, freshly squeezed orange juice and caffeine-rich, fresh coffee, drunk as the sun reflects on the sparkling water and you can smell the ozone from the Norfolk pines which line the beach.

What I have described above is what was known as North Cott Cafe in the coastal suburb of North Cottesloe, just north of Freemantle Western Australia.  When I was there it was the best beach restaurant in the world, looking due west over the Indian Ocean stretching for 4884.64 miles or 7860.85 kilometres until it hits the east coast of South Africa at Durban.  If you went there for supper as the sun was going down, you were frequently treated to Vivaldi’s ‘The Four Seasons’ which was (is) somehow the perfect beach sunset music.

Sorry – I have no images of North Cott Cafe as it was then in the 1980s but this is new, sophisticated Barchetta Restaurant which I only hope still retains its original charm – the view is definitely the same!

I belonged to an elite group, known as the Cottesloe 6am Club because that was the time we ran and swam every morning without fail, despite the frequent hangovers inflicted by over-enjoying what my great Aussie friend, Bryan Landis, constantly describes with some justification as, ‘God’s Own Country’!

Anyway, I digress; Britain is of course not blessed with these almost unreal conditions.

However, on a good day in the summer, Britain has its own version of paradise.  It has long amazed me that it has taken so long to realise the potential of beachside dining but fortunately, in the past 10-15 years, some great new beach restaurants have gradually appeared on the shores of the West Country and the South coast.

One of the best is Pebble Beach, hotel and restaurant, which occupies a large Art Deco building on the beach at Barton-on-Sea.  Its main asset is a stunning deck area overlooking an initially unpromising beach but there are great views towards The Needles, that famous landmark on the western end of the Isle of Wight, which on a good day in the summer, with the sun working its magic, has a real charm.

It is the brainchild, or should I say, the ‘vision’ of the proprietor, Mike Caddy, who has a number of years of experience of running restaurants in California.

At  Barton-on-Sea, he has achieved his dream of creating a beachside restaurant where fabulous food and attentive service are the priority. There was definitely something of the American style of service, which is nothing if not attentive, but this is a strength not a weakness and explains its huge popularity locally.  You feel that the natives are jealously guarding this little gem of a restaurant in its unique position.

Unfortunately, on the day we paid a visit, the elements were not playing ball and we had to content ourselves with making the most of the delicious food inside rather than get the whole Pebble Beach experience on the deck and the views beyond.

The Chef, Pierre Chevillard, who clearly comes from the old school of French Chefs, is celebrating his 10th Anniversary at Pebble Beach and he, quite rightly, has developed a loyal following amongst the affluent locals, with a high proportion of obviously comfortably-off retirees!

The internal space is as big as the deck outside and so can accommodate the refugees from the English weather.  It was full to bursting on the Friday we went there in the pouring rain!

The interior design style is difficult to summarise, but sufficient to say that the food really steals the show.  Pierre Chevillard’s kitchen produces an enviable array of appetising dishes using only the best, locally sourced, seasonal food and, of course, the best quality seafood.

Pebble Beach is not only a fantastic restaurant but offers a selection of exclusive hotel accommodation, including a Penthouse Suite for that special occasion when only luxury combined with stunning views will suffice. 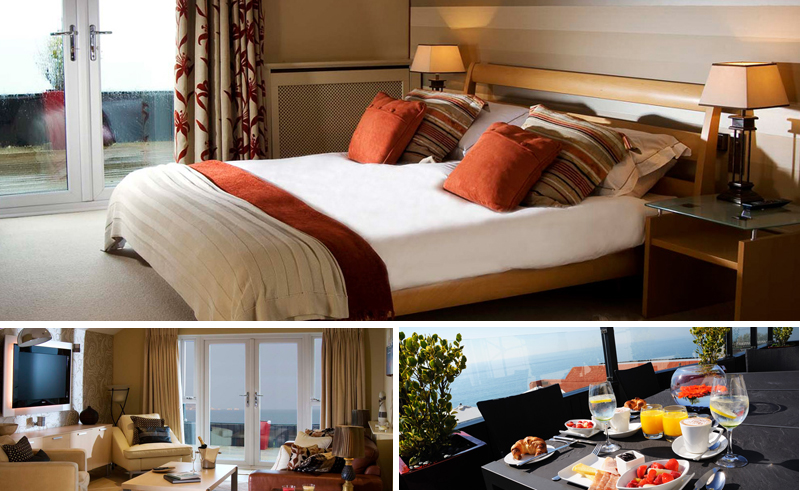 Pebble Beach has received many, well-deserved accolades and flattering reviews in the national press, including the Observer, The Times and the Independent on Sunday and was voted ‘Restaurant of the Year’ by ‘Hampshire Life’ in 2008.

My ambition is to go again on a really good summer’s day and have a long lunch on the terrace.

P.S.  Just to add insult to injury, on the wet day we went to Pebble Beach, we were road testing the new Mercedes E320 CDI Sports Cabriolet.  We arrived in the rain with the hood firmly up but by the time we left at 3pm, and drove along the coast to Sandbanks, the sun had made an appearance.  So we were able to test the folding roof and enjoy a circuit of Sandbanks in the early evening sun, where the Mercedes looked very much at home in its natural habitat, with some of the most expensive real estate in the world, lining the beaches of this narrow but luxurious sandbank, but that is another story!

THE MAGNIFICENT SEVEN- The Best Beach Restaurants from Cornwall to Kent

Before Winter sets in, here are some real ‘hidden gems’ of Beach Cafes and Restaurants, which are the ultimate in Beach Dining. 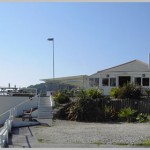 The Three Mackerel,  Swanpool Beach, Falmouth. Sophisticated Med-style dishes and barbecue-grilled tapas are served on the superb beach-view sundeck in summer, or in the sparkly dining room on inclement days. 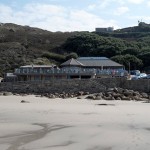 The Beach at Sennen Cove, my favourite beach restaurant, and scene of my (all too brief) surfing days,  and other happy memories, this fabulous building  is situated on one of the UK’s most beautiful beaches, and combines breathtaking scenery with great food.

The Beach House, South Milton Sands, Devon, is more beach shack, than restaurant, but this stylish little joint serves up simple seafood right on the beach. 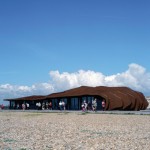 East Beach Cafe, Littlehampton, West Sussex, has been described as a modernist vision, and a cross between a Dali painting, a fossilized whale and a garden shed, but it serves fresh seafood right on the beach. 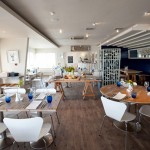 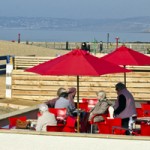 The Watch House Cafe, West Bay, Dorset. This little beach hut with a terrace has stunning views of the Jurassic coast and serves locally caught Mackerel, and Chorizo Broth. 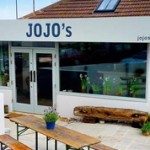 Jo Jo’s, at 2, Herne Bay Road, Tankerten, Whitstable, Kent, this little beach cafe specialises in fresh, Mediterranean-style food, and is a BYO, so you can take your bottle of Provencal Rose which you cannot afford at restaurant prices!

Founder and Editor of The Vintage Magazine