What is The Priory?

The Priory has a reputation as a place where the stars go for retreat – to rest, recuperate, and recover from addiction. Some journalists even suggest that going ‘in to’ the Priory can be staged to create a media buzz, potentially regenerating a fading celebrity career. Stars such as Kate Moss, Susan Boyle and many others in the public eye (even Colonel Pinochet) have been reported to have been inpatients by the media.

The great cyclist Bradley Wiggins name checked The Priory during the Olympics. Talking about the pressures of celebrity after sporting success he said ‘You want to go back to normal life.

Whether that happens or not is a different thing. You just deal with it as you go along – it’s why people end up in the Priory, I guess’.

It’s noteworthy that Bradley’s father, also a great cyclist in his youth, died of the effects of alcoholism after retirement, so ‘Wiggins the Great’ knows a thing or two about pressure, celebrity and its ill-effects.

There is no doubt that celebrity is a massive stress for people when they are not prepared for it, such as the reality TV stars who suddenly shoot to fame on X factor or similarly noxious entertainment. But it’s even tough for those that are professionally prepared, such as actors and musicians. Imagine having your love life or your divorce splashed across the front pages.

And while we may scoff and suggest that they have brought it on themselves by courting media attention, when you are in the middle of the media storm that’s not much help.

It can lead to a break down and, of course, drugs are easily come by in that environment and can appear to be a short term solution to some, while only compounding the problem eventually.

So let’s not down play the reality of the stresses on the stars. But, in this first article for ‘The Vintage’ about pressure, mental health and addiction, I want to set the record straight about The Priory.

What it is and what it stands for? I am the Chief Medical Officer and it has been an intimate part of my life for 8 years, so this is for real.

Journalists write about celebrities ‘checking into the Priory’ as if it is a hotel. There has even been a cynical suspicion that some celebrities do it to enhance their media profile, without really needing any psychiatric help at all.

Not so. Everyone who comes to Priory is referred by a GP or a psychiatrist, or has been assessed by an addiction therapist, depending on what problem they are presenting with

Usually they need to come because their needs can no longer be managed without admission to hospital.

There are two reasons why this might be. Most commonly it is because they need more intensive treatment than they can get at home, from the GP or from local NHS teams (more on an NHS comparison later).

Second, and less commonly, people may need admission for observation to reduce risk (usually this means they have been feeling suicidal) while receiving treatment at the same time.

And then what happens?

The treatments applied can include starting medication, either for depression or bipolar disorder which are the commonest diagnoses, or for detoxification if addiction is the problem. But the main benefit of the Priory is the wealth of therapy that is available.

Don’t think for a minute that this is all about people lying around on couches navel gazing for day after day, its not. Hardly anyone does that any more. Modern psychotherapies are active, short-term and target-oriented collaborations between the patient and the therapist.

Almost all of the therapies used at the Priory are evidence based, which means there is clear scientific evidence that they are effective, backed by randomised controlled trials (the sort of evidence that demonstrates which drugs work and which don’t).

Patients are busy all day with different activities based on those approaches, but broadened to include healthy lifestyle education such as exercise in the gym with the famous Derek. An ex US marine, Derek recently featured on Ruby Wax’s programme about her time in Priory and her own struggle with depression.

Ruby has since trained as a mindfulness-based CBT therapist, an approach combining a therapy called cognitive behavioural therapy with meditation, which has been shown to have a powerful benefit for depression.

Nutritional advice and other kinds of therapy and education are also available when needed. Everyone sees their own consultant psychiatrist at least twice a week while they are with Priory

On average admissions last about 3 weeks for depression and 4 weeks for addictions, which is pretty short considering that many episodes of depression can last 6 months.

The clinicians know they have to work fast partly because of funding constrains, but more so because they are aware that patients don’t want to be patients – they want to get their lives back as soon as possible

The vast majority of people improve by the time they are discharged for follow up – for example 88% of people with depression had improved. It is important to be sure that this is not just temporary, so we follow people up carefully where we can.

People with an addiction problem benefit from a year of free after care and for those who accept this offer 77% are abstinent at the end of the year.

If I sound proud of that then I think I should be, but only because it shows that I am working with such a talented group of clinicians and therapists who can produce such outstanding results.

So what do you get that you can’t get on the NHS?

First of all there is no waiting list either for outpatients or admission. For many conditions such as depression it is impossible to get into an NHS mental health unit because they are always full of even more severely ill people.

And there are hardly any units that admit people for addiction treatment outside the private sector. It may take a few hours or days to organise a mutually convenient time, but there is always an appointment or a bed available somewhere in Priory.

Second, the inpatient environment is high quality with comfortable single bedrooms, en suite bathrooms and plenty of room to move about in nice grounds, day areas and restaurants. None of our private hospitals are locked, whereas more than a third of all NHS units are locked 24hours a day.

We know that our patients feel safe and well cared for because we have been asking them for over 10 years what they think of us. Over 95% of people rated their care in Priory as good to excellent, and they felt welcome and safe.

In NHS units less than half of patients say they found anyone to talk to, let alone a therapist. Two thirds of NHS in-patients are bothered by noise at night, and don’t feel safe.

The Priory Hospital Roehampton, which is the one everybody always thinks of as The Priory is London’s longest established independent psychiatric hospital. It has been in continuous operation since its launch in 1872 by Dr. William Wood, a psychiatrist of great distinction at a time when there were no specific treatments for severe mental illness.

In 1980 The Priory Group was created with the purchase of the Roehampton Hospital, by an American healthcare company. Over the following decades the Group acquired more hospitals and there are now 14 around the country providing the private psychiatry and addiction treatment I have described.

It has also diversified its services. In 1993 it started to provide specialist education for young people with mental health problems; in 2009 our older peoples division was established, specialising in dementia; and in 2011 we acquired Craegmoor, becoming the biggest provider of Autism and Learning Disability Services almost exclusively in small, homely environments.

Having grown rapidly we still have the intense focus on the welfare and recovery of all our patients, pupils and residents that you would expect of a company that started providing private services.

Nowadays, though, private work comprises just 15% of our activity, the rest being commissioned by the public sector; the NHS, local authorities, and local education authorities. The Priory Group has become the UK’s largest independent sector provider of mental health, learning disability and specialist education services

It is also one of the top three independent providers of secure and rehabilitation services and altogether there is a nationwide network of more than 275 facilities.

This gives Priory the strength to provide individually designed bespoke programmes care for people as diverse as Ruby Wax, Chief Executives of multinational companies and, in secure units NHS patients who have had brushes with the law and young people with severe mental health problems

This strength in depth means that we can innovate and implement changes quickly, and can provide good value through economies of scale. But most of all it means we can continue to deliver the quality of services for people with mental health problems that it is hard to find anywhere else in the world let alone this country.

What to do for advice

Our local hospitals are always happy to advise people who are wondering if our services might help and you can search for the local hospital and consultants on our web site http://www.priorygroup.com.

In future articles I hope to write more about particular conditions that might affect readers or their families such as depression, eating disorders and addictions, mid life crises, the problems of celebrity and success, and the different kinds of self help and therapies that can get you through it. 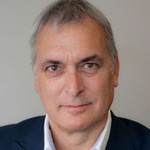