In addition to their yachts, I was recently invited to the UK launch of an advanced, state of the art private jet built by Piaggio Aero, which is the most efficient and therefore the ‘greenest’ jet in the world, and it certainly scores on inventiveness and original design, and demonstrates the sheer beauty of the things which Italians design and produce.

However, it is the ‘soul’ of Italy, which I am searching for in this article, and this is epitomised for me by Alvaro Maccioni, an Italian restaurateur whose various dining establishments in London have been producing consistently great food over the last five decades, and have attracted the good and the great, the beautiful and the glamorous, the talented, and the movers and shakers of the past 50 years. 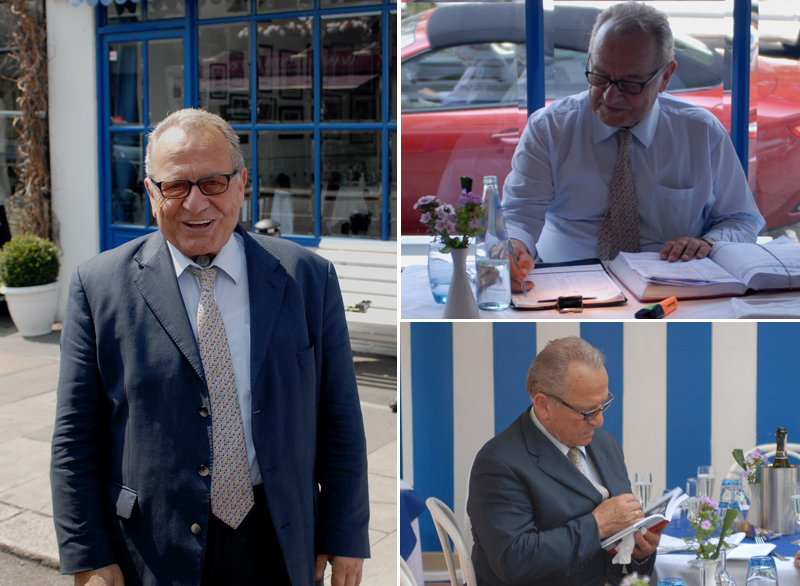 He came to work in restaurants in London in 1957, and started his first restaurant, called simply ‘Alvaro’s’, in 1966, and then finally, opened the doors of La Famiglia, in 1975, thirty eight years ago, which has been one of the best and most consistent Italian restaurants in London, and Alvaro deserves a Knighthood for his services to the British enjoyment and appreciation of Italian cuisine, and the business he has generated in the borough of Kensington & Chelsea over the years.  It was he who first introduced me to the pleasures of Tuscan cuisine, and Tuscan wines.

Even now, in its 38th year, La Famiglia is still the restaurant of choice for the likes of Roman Abramavich, and the list of ‘celebrities’ who are frequently seen at its portals, including, most recently, on 20th July, Nick Glegg, our Deputy Prime Minister, who was spotted leaving La Famiglia.

Therefore, when we recently heard that Maserati had kindly agreed to let us have their wonderful GranCabrio Sport, for several days, I decided that we would take it up to London to visit Alvaro at La Famiglia, and just to prove that the GranCabrio Sport is a true 4-seater sports car, I travelled up with my wife, Chrissy, George Robinson our Motoring Correspondent, and our photographer, Doug Garvie. 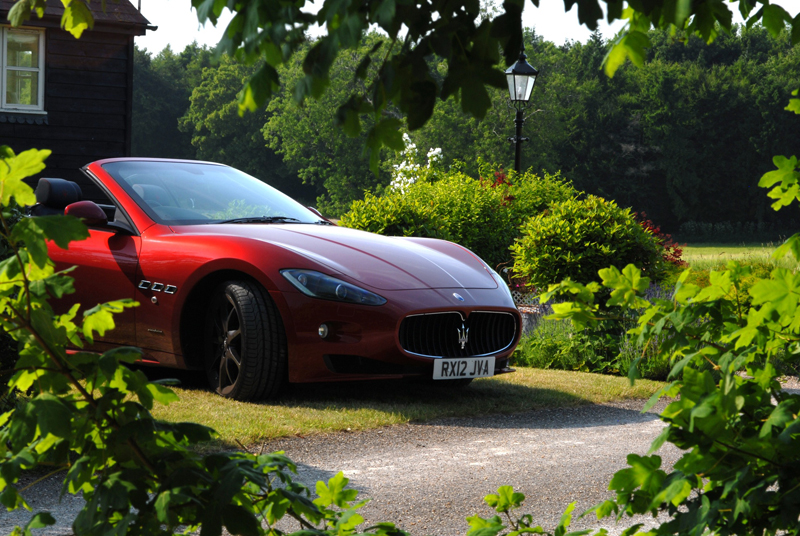 It was a boiling hot summer’s day when we set forth for London SW10, and we welcomed the wind in our hair, or what is left of it!  I had taken delivery of the Maserati the day before, and enjoyed driving it around the country roads of Hampshire, but it performed equally well on the motorway, and the crowded streets of South West London.

This is a car that begs to be driven, and which emits a grateful roar when you put it to the test. The handling and performance are quite breathtaking, and this car quickly earned the admiration of our little group who were lucky enough to drive it, and by virtually everyone who saw this thing of beauty.

When we arrived at La Famiglia, in Langton Street at about 11.30am, the staff were preparing for the lunch sitting, but all came out to admire ‘our’ car. 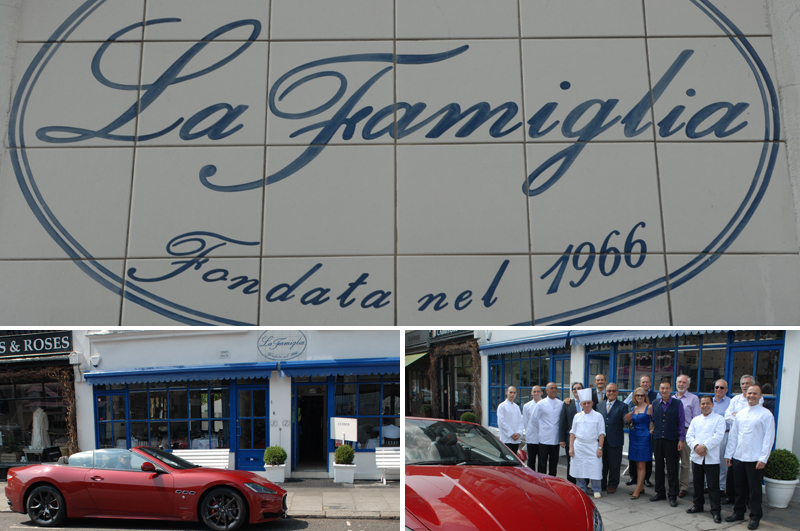 We then took some photographs of Alvaro, and all his staff, plus the four of us, and we then retired to the welcome shade of the wonderful garden which is very much part of the restaurant in the summer.

Before lunch, I persuaded Alvaro to identify his fellow Italian restaurateurs from a fabulous evocative photograph by Terry O’Neill, which I reproduce below, and which also epitomises the spirit of kindness and goodwill which clearly exists amongst these Pasta Pioneers. 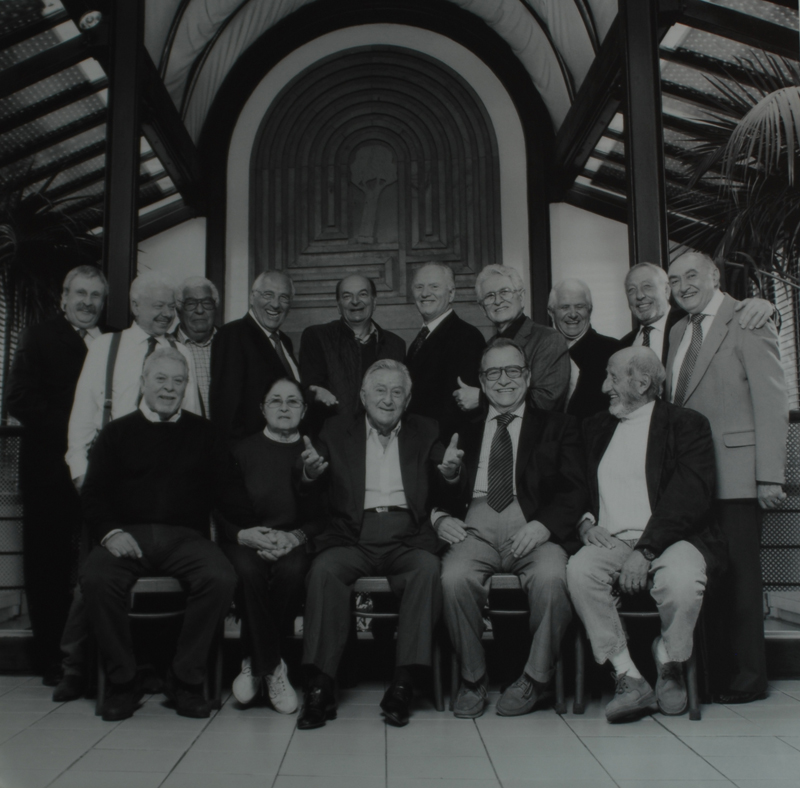 It is no coincidence that of all the most successful and long-lasting restaurants in London, a very high proportion of them are Italian, which must have something to do with the welcome you receive, the consistently high quality of the food and wine, the courteous service, and the ambiance, all typified by ‘La Famiglia’, part of the Family, to which they all belong. 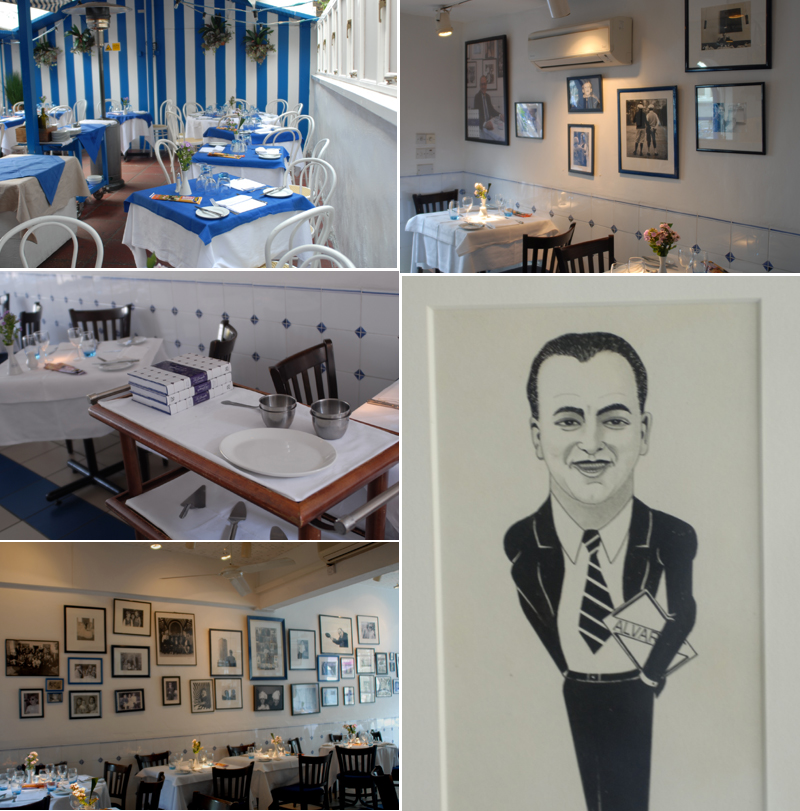 We enjoyed our lunch in the cool shade of the garden, before returning  to Hampshire in the heat of the afternoon, and we were pleased to get back home intact, having thoroughly enjoyed the experience of visiting Alvaro, and his staff at La Famiglia.  For me it was a strange feeling of ‘déjà-vu’, and more like a homecoming.

To book your table at La Famiglia and dine in true Tuscan style whilst discreetly celebrity spotting:- 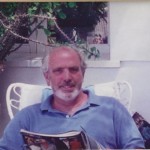 and longtime devotee of La Famiglia