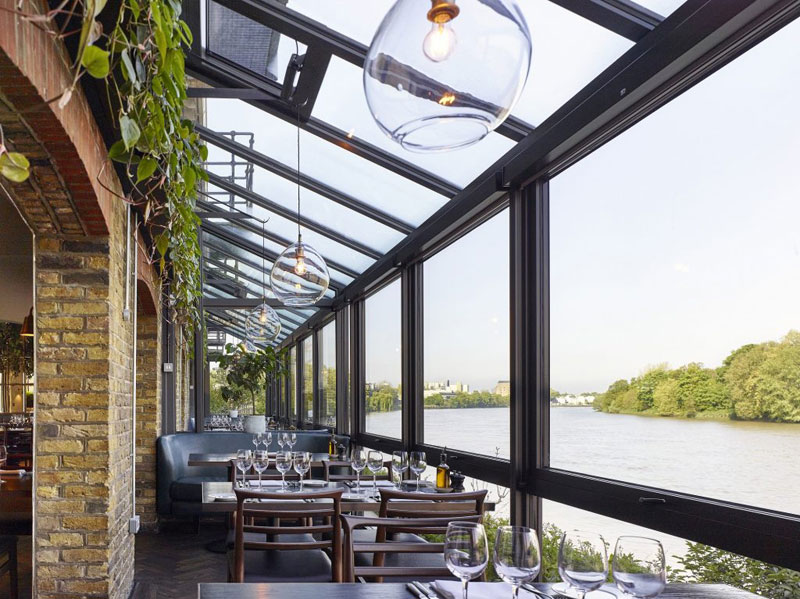 We had heard mixed reports about Rick Stein’s new restaurant in Barnes, situated on Mortlake High Street.  The Depot had been a much admired restaurant with a fine reputation frequented by a loyal clientele who would be bitterly disappointed if the Rick Stein team fell short of their expectations.  It was by recommendation of a friend and local that we tried Rick Stein Barnes as he had had some mixed experiences with this restaurant under its new management but hoped that by the time we visited those initial inconsistencies in service and food would be corrected.

Just a word to the wise to readers unfamiliar with the area and travelling to the restaurant by train, do not alight at Barnes Station but continue to Barnes Bridge from which the restaurant is only a few hundred yards away.  We unfortunately did the former so then had no idea where we were and had to stand by the busy road, in the rain, hoping a free taxi would pass which actually was not a frequent occurrence!

Finally arriving at the restaurant we alighted in Tideway Yard where the restaurant nestles in the corner fronted by a very attractive south facing cobbled courtyard – perfect for an early evening glass after work before heading home.

However, we were in need of a calming pre-lunch wine to restore our nerves and regain our bonhomie.  Thankfully the welcome was just that and we were immediately attended to and directed to the bar for the aforementioned restorative.  Our senses returned, looking around we were aware of a very busy restaurant with a few well known faces.  Surely it is a good sign if other ‘celebrity’ chefs are eating in your restaurant.

The interior of the restaurant is light, airy with high ceilings and with views of the River Thames from almost any table but of course the favoured position is in the conservatory which runs the whole of the river side of the restaurant framing the magnificent Thames..

We were entertained throughout our meal by various combinations of boats and rowers and it would be a prime restaurant from which to watch the boat race – I wonder if favoured locals can book a table year to year for this event?  Anyway, seating is a mixture of banquettes and chairs but we did find that the banquettes to be a little low but nonetheless comfortable. 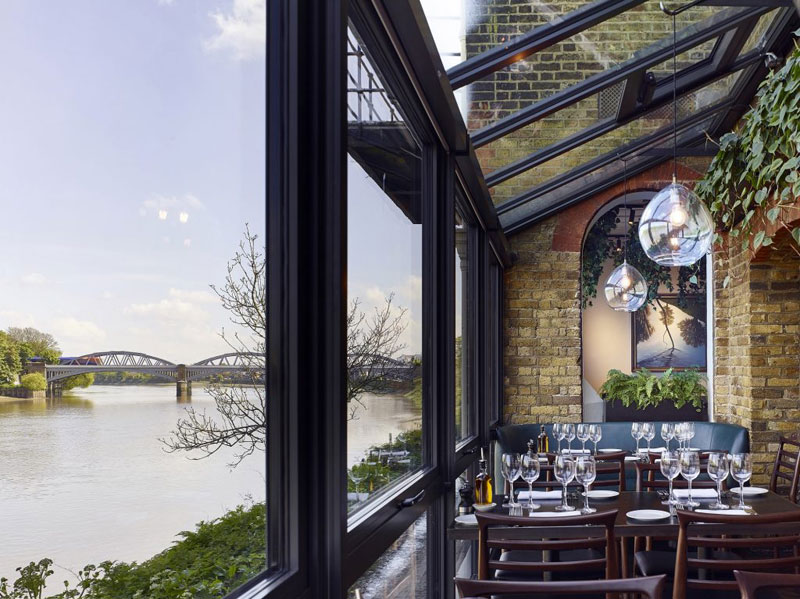 But to the food which takes centre stage in any eating experience closely followed by the efficiency and attentiveness of the staff.  Bread arrived swiftly which we find to be important and water poured.

We decided to go ‘off piste’ because I am particularly fond of oysters and where better to have them than at a Rick Stein Restaurant and sourced from Porthilly, Cornwall?  The big disappointment here being that only three oysters were on offer as starters, surely six should be the minimum?  My other half started with Gremolata Prawns which I was reassured were very good.  Another must have at any sea restaurant worth its salt is Turbot, that king of fish which is best eaten simply with an hollandaise sauce and baby new potatoes and Rick Stein does this to perfection.  The other signature dish is the ‘house’ Indonesian Seafood Curry consisting of sea bass, cod, prawns and served with pilau rice and a green bean and grated coconut salad with crisp fired shallots, garlic and chilli.  With Rick’s extensive travels through these Asian countries one would expect this to be nothing short of delicious and so it was. 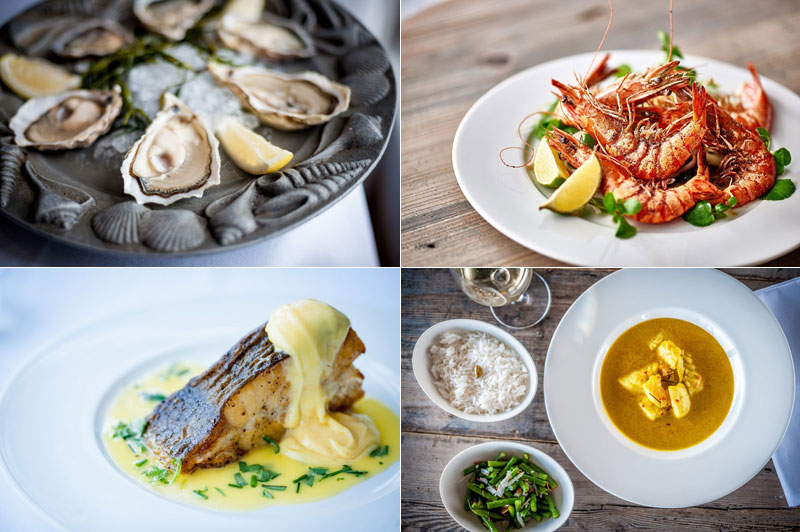 Finishing off the meal with sticky toffee puddings we felt that in spite of the initial teething problems, these had had been ironed out and they were moving forward to the same high standard expected from the brand Stein.

The choices we made were from the Á La Carte menu which was expensive with the Turbot alone being £38.95 but they do offer a set menu with many of the firm favourites included at £20 for two courses and £25 for three.  So as far as London prices go, Rick Stein Barnes is competitive and I’m sure it will continue to be a firm favourite of the locals and as a destination restaurant, if for the view alone.

Having sampled two of Rick Stein’s satellite restaurants we are looking forward to visiting the ‘Mother Ship’ in Padstow at the end of July!