On Wednesday night, (27th August) nearly 100 locals turned out to support The Thomas Lord in West Meon as it celebrated the launch of Hampshire cookbook, Meats, Eats, Drinks and Leaves, and raised over £3,000 for Hampshire-based charity The Pelican Cancer Foundation.

The book, which features recipes from The Thomas Lord Head Chef, Fran Joyce celebrates the diversity and excellence of food and produce in Hampshire and the Isle of Wight, and the evening reflected this theme. 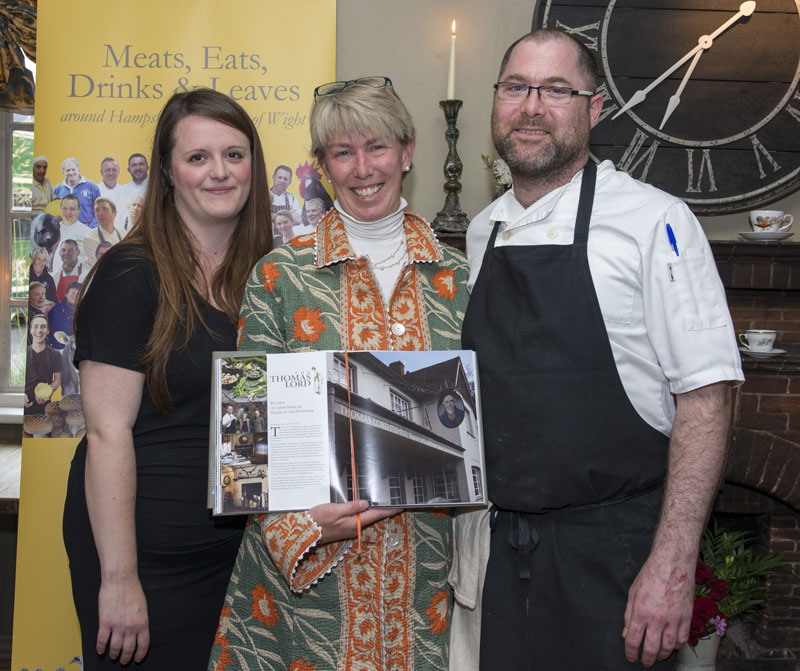 Guests were treated to a special menu, put together by Fran, comprising of dishes from the book and the Thomas Lord’s special summer menu including venison and black pudding scotch egg, Portland crab, and belly & fillet of pork.  22 chefs and venues are featured in the book, including The Thomas Lord and its sister pub The Rockingham Arms in West Wellow, both owned by the Upham Pub Group as well as Upham Brewery itself.

Dishes served at the sold-out event were paired with wines from Berry Bros. & Rudd and all profits from the evening have been donated to The Pelican Cancer Foundation, the book’s official beneficiary.  The Hampshire-based charity is dedicated to curing bowel, liver, bladder and prostate cancers by advancing cancer detection and treatment. Its education programme shares life-saving and life-enhancing knowledge and skills with surgeons and cancer teams, and over the past 10 years over 9,000 cancer specialists have attended seminars, master classes and conferences, helping to extend and improve patients’ lives today.

After dinner, in a bid to raise more money for the charity, guests took part in an auction for the chance to get their hands on a host of fantastic lots donated by local businesses. Southampton defender Mark Blake oversaw the bidding wars for prizes such as a match day box, with three course dinner and afternoon tea at the Saints ground, (raking in £250), a four-person dinner party, catered for by Thomas Lord Head Chef, Fran Joyce (selling for £200) and a night’s stay with dinner at The Thomas Lord’s sister pub, The Winning Post, in Winkfield near Ascot (raising £190).

Even the Thomas Lord’s manager, Clare Winterbottom couldn’t resist, bidding £80 for a rare Tom Watson Wedge, donated by Kim Short golf sale specialists that she gifted to Head Chef and partner Francis. One of the most entertaining lots of the night however went to one local who bid for a pet portrait commissioned by local artist Rosie Hooper, despite not having a pet!

£1,395 later, the hammer finally went down, boosting the total raised for Pelican to £3,285, getting everyone in the mood to celebrate. Luckily, local band, The Thomas Lord Old Gits were on hand to provide guests with the soundtrack to dance off their dinners to, belting out hits like The Beatles’ Help, and Wilson Pickett’s Mustang Sally.

At the end of the night, The Thomas Lord’s Manager Clare Winterbottom had a few words for locals: “We were overwhelmed at the generosity of everyone who attended.  We have a fantastic group of locals and want to thank them and all the businesses who donated prizes (Fran is very happy with his Tom Watson Wedge) for making it such a success.  We were so proud to be asked to be part of the Meats, Eats, Drinks and Leaves project, which both champions Hampshire produce and raises money for a cause close to our hearts and urge anyone who hasn’t picked up a copy of the book to snap one up now.”

Sarah Crane, Chief Executive of the Pelican Cancer Foundation said: “On behalf of everyone at The Pelican Cancer Foundation I want to say a huge thank you to The Thomas Lord and all its locals who came out and supported the event.  It is thanks to the generosity of people like this that we are able to continue our work, helping cancer patients live better for longer by investing in vital research aimed at extending and improving patients’ lives today.”

When: All the action kicked off at 6.30pm on Wednesday 27 August 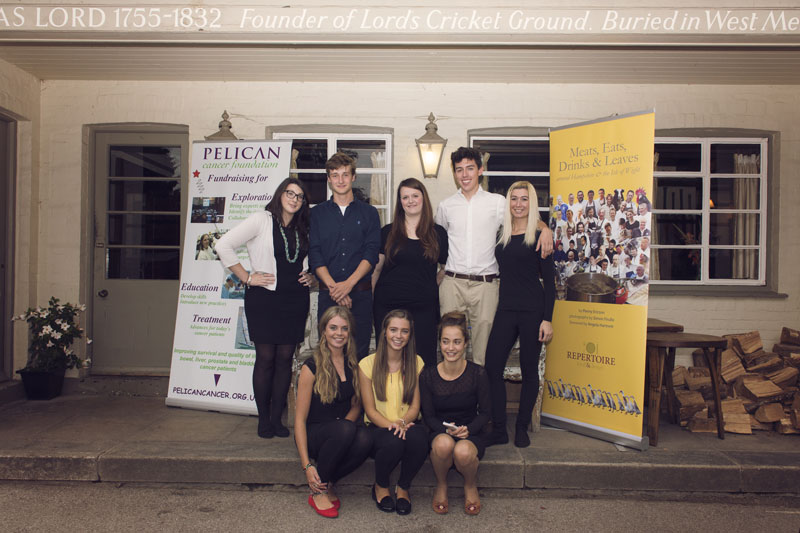 The Team at The Thomas Lord

Nestled in Hampshire’s Meon Valley, just minutes from the market town of Petersfield and the historic city of Winchester, The Thomas Lord is every inch the welcoming, quaint and traditional English pub.

Under the guidance of head chef Fran Joyce, the pub has been awarded two AA rosettes for its exciting seasonal menus created using fresh, locally sourced ingredients. In fact, many dishes are prepared with produce from the pub’s very own kitchen garden complete with its own free-range chicken run. You may even be introduced to Alto, the pub’s resident cockerel…

Breakfast, lunch and dinner is available seven days a week and is complemented by superb locally-brewed Upham ales, cosy interiors and a roaring fire if the weather demands it.

The Thomas Lord also has a beautifully decorated private dining area suitable for up to 20 people.

Pelican Cancer Foundation is all about helping cancer patients live better for longer. We are dedicated to curing bowel, liver, bladder and prostate cancers by advancing cancer detection and treatment.

Surgery cures more patients than any other cancer intervention. Our work to advance precision surgery for bowel, prostate, bladder and liver cancer saves thousands of lives each year in the UK alone.

We share life-saving and life-enhancing knowledge and skills with surgeons and cancer teams. We develop and run training courses on the latest procedures and best practice as well as leading on vital clinical research aimed at extending and improving patients’ lives today.

Pelican Cancer Foundation is based in a state-of-the-art training facility in The Ark, Basingstoke, adjacent to Hampshire Hospitals NHS Foundation Trust.

The Upham Pub Group is one of the south of England’s fastest growing pub and brewery groups. Having officially launched its new brewery in May 2013, Upham already supplies over 250 stockists, including leading pubs, hotels and local Majestic and Co-op stores. The brewery also owns 9 pubs and inns across Hampshire, Berkshire, Sussex and Wiltshire with plans to increase the portfolio.

Based at Stakes Farm in the heart of the South Downs, the brewery produces three staple beers which are all named after a racing theme following the heritage of the farm and are available in cask or bottles direct from the brewery or via distributors. They are: Punter, a 4% ABV malty ale; Tipster, a refreshing golden ale with a 3.6% ABV; and Stakes, a premium bitter which provides a kick with a 4.8% ABV. Upham also produces new seasonal ales throughout the year.

Upham’s core values reflect that of a traditional country pub with a focus on the community and being the heartbeat of the local area. No two Upham pubs are the same but each prides themselves on producing great tasting food, beers and a welcoming atmosphere. 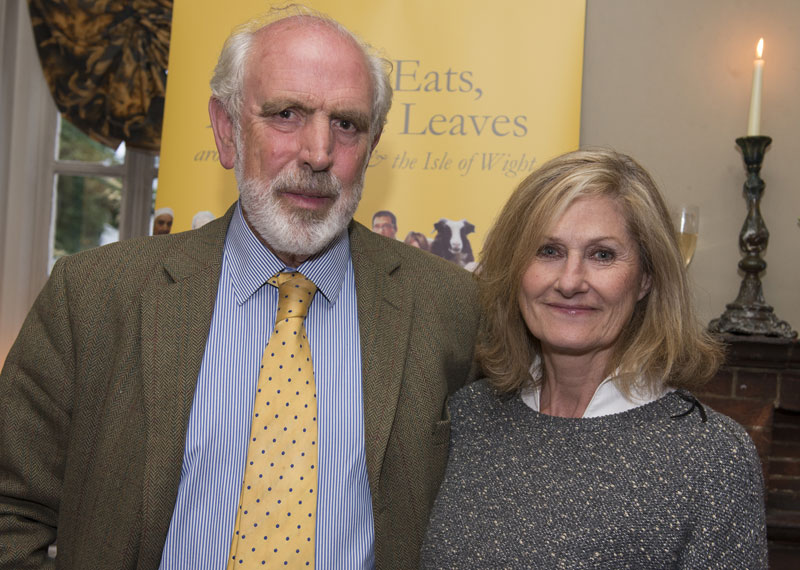