It is possible to drive from Winchester to Chagford, on the edge of Dartmoor in two hours, but the final few miles to Gidleigh Park hotel can take another half an hour if you make the same mistake we did of relying on SatNav to take us to our destination!

Do not make the same mistake. Follow the instructions which the hotel give you, and you will avoid a veritable ‘Magical Mystery Tour’ of the ludicrously narrow lanes in this part of Devon, and the ire of your wife, or partner, and any passengers.

The situation was not helped by the fact that were we also road testing the new Jaguar ‘F’ type convertible on the same weekend, and it was nerve-wracking driving such a stunning car through some of the narrowest lanes in Devon with steep granite walls on either side with only inches to spare. 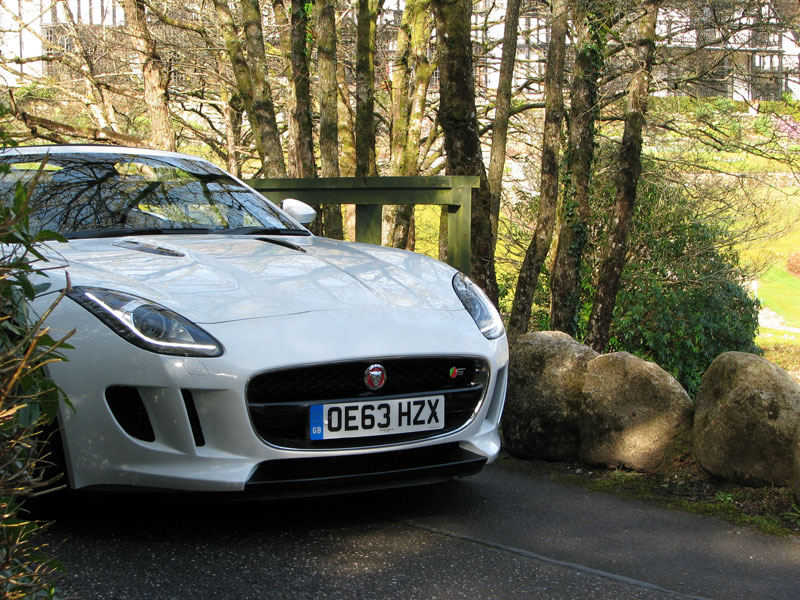 However, having finally admitted defeat, and asked a local dairy farmer for instructions whilst standing in several inches of the finest Devon slurry, we final found ourselves ascending the ‘stairway to heaven’, and emerged around a corner to be greeted by a most imposing Edwardian mansion built in the ‘Tudor style’, fully lit to great theatrical effect, resembling F.Scott Fitzgerald’s mansion atop the ‘Diamond as Big as the Ritz’.

We were greeted at the door and shown into the reception area with its warming log fire and whilst our car was being parked and the luggage taken to our room we were given a brief ‘guided tour’ of the hotel en-route to our room. 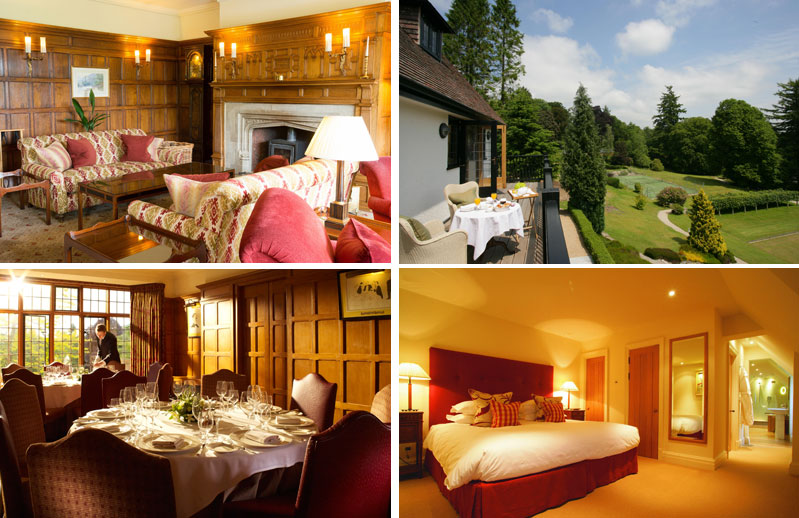 It was tastefully decorated with antiques, and a selection of paintings which were in keeping with an Edwardian country house, as were the fabrics, but it was also equipped with the latest technology and the Wi-Fi actually worked!

Pre-dinner drinks were served in one of the several drawing rooms and a glass of Ruinart, my favourite Champagne, was accompanied with three delicious ‘amuse bouches’ to liven our palettes in anticipation of the delights ahead and as one would expect from a two star Michelin Chef, Michael Caines’ staff did not disappoint. 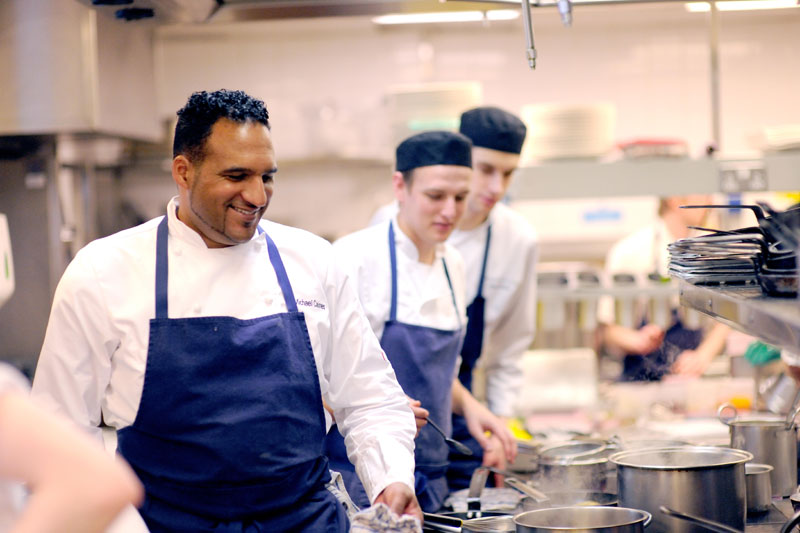 We chose the Tasting Sample menu as opposed to à la carte which is a very effective way of experiencing as many different dishes as possible as we concluded that it would have been an impossible task to restrict ourselves to choosing just one dish from each course. The tasting menu has five courses with the option of adding a cheese board if required and of course followed by coffee and petits fours.

Local and continental artisan cheeses
A selection of cheese from our trolley with biscuits and homemade breads.
Cheese may also be enjoyed as an additional course at £10.00 per person

N.B. This menu is a sample only, and subject to change depending on the seasons and can even be designed to your own personal culinary preferences.

Gidleigh Park is also famed for its wine cellar which was created in the seventies and eighties, by the then owner, Paul Henderson, who was so ably advised and supplied by the inimitable Bill Baker, whose sales technique was to arrive at a country house hotel, in his vintage Range Rover (the only car large enough to accommodate him) and to breeze into the hotel and ask to see the owner.

Bill would, more often than not, be carrying a milk crate filled with twelve of the finest clarets and burgundies that money could buy.  He would proceed to arrange an impromptu Wine Tasting with the Owner, Manager, Sommelier, and Chef, until they had all tasted, and often finished this treasure trove, upon which, Bill would frequently book into the hotel for the night, and deal with the ‘business’ side of things with a clear head in the morning.

In this way he became both friend and adviser to numerous hotel owners all over the UK, and many of these hotels subsequently won numerous awards for their cellars.

Sadly, Bill died at a relatively young age having ‘over enjoyed’ life to the full, but his influence is still apparent in the Gidleigh Park Wine List, and it brought back many happy memories of this extraordinarily knowledgeable and eccentric ‘Bon Viveur’, who believed in drinking, wines, not tasting them.

My introduction to Italian Wines, and in particular the ‘Super Tuscans’, by Bill Baker remains one of the most lasting and influential experiences of my wine education, and always makes me smile when I think of it. It was impossible to be in Bill’s company without drinking fine wines and laughing, and eating great food, and much of this took place in hotels like Gidleigh Park.  I believe he would have been delighted that I had returned there, thirty years later to sample the delights of this stunning hotel, where I believe he also met and courted his wife.

Anyway, suffice to say that we retired happily to our bedroom to recover from our exertions, and reflect upon such a memorable meal. Bill would have approved.

An extremely comfortable night followed as we fell asleep in the most enormous bed to the sound of running water from the River Teign which tumbles through the garden. At 6 am we awoke to see the trees shrouded in a dense mist which by 9am the sun had burned off, and the valley was bathed in sunlight, revealing the beautiful gardens intersected by dozens of cascades tumbling down the steep valley. 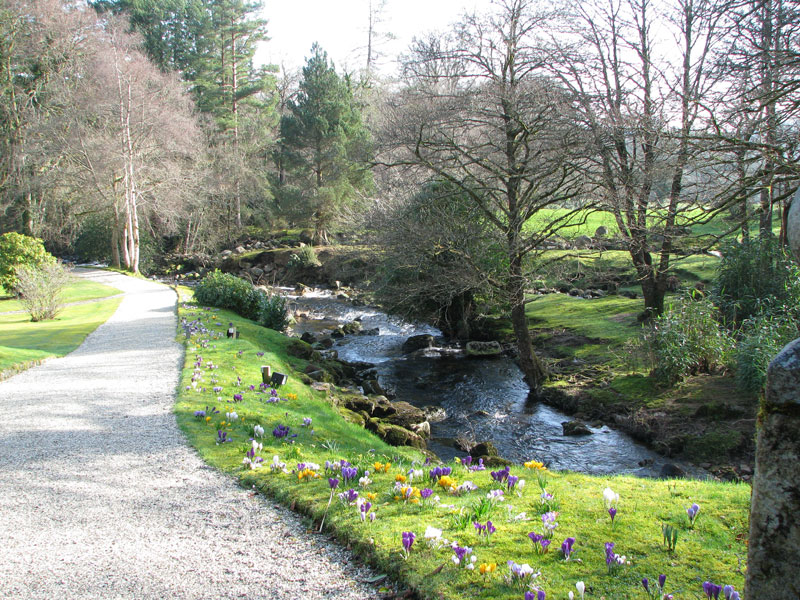 Who is responsible for creating this stunning hotel?  Well, initially it was the result of a lot of investment and ‘TLC’ by an American, Paul Henderson, who really put it on the map in the late seventies and early eighties, just as the concept of the individually owned British Country House hotel, took hold. Overseas visitors, especially the educated Americans, discovered the delights of the Country House hotel, and began coming each year to try a different ‘progression’ around the country, and Gidleigh Park was always the primary choice in the West Country, and it remains so today.

In 2005 Andrew and Christina Brownsword acquired Gidleigh Park and became ‘custodians’ (their word) of this piece of paradise. Since then they have lavished it with much care and attention, whilst respecting the historical integrity of the house and have sensitively furnished it to reflect the Arts and Crafts styling of the house.

When the renovated Gidleigh Park was finally unveiled to the public it received much praise and has been awarded accolades that not only recognise Michael Caines’ food but also the quality of the hotel, and the standard of care and attention from the superbly trained staff.

Much of the credit for this must go to Damien Bastiat, the General Manager who demands and receives the highest standards from his staff.

Andrew and Christiana Brownsword have a particular fondness for Gidleigh as it was here, under its previous owners, that they came to relax and get away from it all. This probably accounts for the way in which it has been so lovingly restored.  It is as if they were creating a home for themselves and their family to which they could invite their friends to stay.  This is the impression one immediately feels on entering Gidleigh, that one has arrived for a weekend with friends.

This is a particular skill that the Brownswords’ have mastered as I remember feeling the same when we stayed at Amberley Castle, another of their wonderful hotels that has been given the ‘Brownsword’ treatment, as have the other luxury country house hotels in their Portfolio, which are collectively known as the Gidleigh Collection, namely; The Bath Priory, Lower Slaughter Manor, The Slaughters Country Inn and Buckland Manor.

Few of us live in a castle or a beautiful elegant Edwardian home but it is fun to be able to dip into this way of life, and experiencing the feeling of being a guest at a weekend house-party and looked after by the best trained and efficient staff. Such an illusion is a difficult one to perpetuate, but it is a testament to the skill of the staff at Gidleigh that they have such a good understanding of what their customers want.

To experience Gidleigh Park please go to their website where one can read all about the hotel, its history, the superb accommodation and cuisine. Also you might be tempted by some of the many activities to do in the area – I’m rather drawn by a Horseback Safari and Gastronomic Adventure which combines two days of trail riding across Dartmoor with a three night stay at Gidleigh Park! 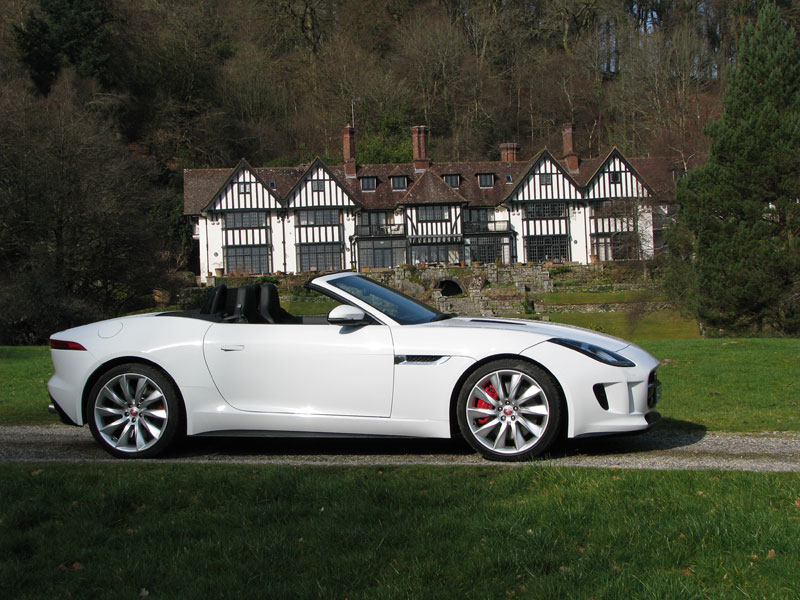