I was all over the place attending wine fairs in the first half of 2015. First up was an organic wine fair in Montpellier in January, followed by ProWein in Düsseldorf. Then came the London Wine Fair in early June. In mid-June, I found myself in Bordeaux for the biennial wine fair, VINEXPO.

There are so many different wine fairs in Europe. Are they all that different? Do you need to attend all of them?  The answer, though it depends, is probably “No”.  For me, if I have to pick only one to attend, I will most likely choose the well-organised and super effective annual ProWein in Düsseldorf. After all, who can beat the German for their efficiency?

In comparison, the Bordeaux VINEXPO is quite different. Unique, is perhaps the best word to describe it.  Held in the historical centre of the wine-producing region, VINEXPO is one of the biggest international wine fairs and is extremely professional, despite various criticisms it has attracted throughout the years.  However, it is not just the professional atmosphere, but also the “party” and “social” elements surrounding the fair that make it stand out. This is the place where you see wine professionals in their business attire during the day transformed into cocktail dresses or black tie suits in the evening.

For the last six years, my VINEXPO experience had always started by attending the International Press Dinner organised by Conseil Des Grands Crus Classés En 1855, the official organisation dedicated to the advancement and presentation of wines listed in the 1855 Bordeaux Classification. The tradition is for the five First Growths chateaux (Chateau Lafite, Latour, Margaux, Haut-Brion and Mouton-Rothschild) to host a lavish dinner in turns. This year marks the 160th anniversary of the 1855 Bordeaux Classification and the dinner was held in Chateau Margaux, where it has coincidently celebrated the opening of their new cellars. 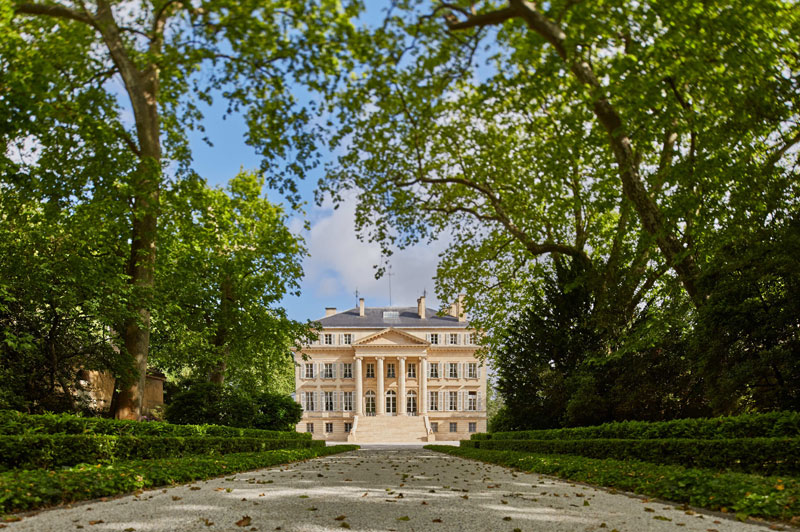 Chateau Margaux has always been referred to as “Versailles of the Médoc”. With its magnificent neo-Palladian style mansion, it has been declared a historical monument by the French government. The splendid and contemporary new cellars, designed by internationally renowned architect Lord Foster, blend seamlessly with the rest of the landscape. Visitors will now be able to tour around this striking new-built for free by appointment, despite the fact that the prices of their wines are still out of reach for most people. http://www.chateau-margaux.com/en/ 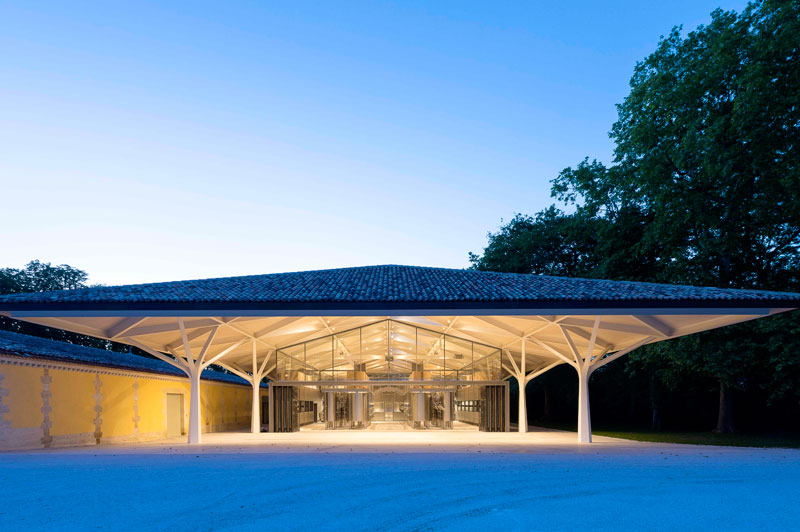 On the dinner table that night, we were served an amazing three-course meal prepared by Michelin starred chef Guy Savoy. Artichoke and truffle soup to start with and roast guinea fowl was the main course, followed by a selection of cheeses and finally a dessert of exotic fruits. Not to mention that the wines were impressive and the best part was of course the Chateau Margaux 1985 served with cheeses and Chateau d’Yquem 1988 paired with the dessert. Sitting with me at the same table were owners of Chateau de Camensac and Chateau Langoa Barton and guests at the table had the pleasure to enjoy their wines (vintage 2006 for both Chateaux and 1998 for Camensac; 1996 for Langoa Barton).

It was a delightful and relaxed evening and the conversations around the table surrounded the wine, the food and even the organic/biodynamic practices. At one point, I expressed my view about my admiration for ProWein in Germany and how it is in terms of effectiveness. People at the table nodded in agreement but then Rodolphe Warterl, Director of the French magazine Terre de Vins, jokingly popped a question. “Are there any châteaux in Düsseldorf?” Good question. And the answer is of course “No”. For me, it sums it all up. The Bordeaux VINEXPO is distinctively one of a kind in that respect! 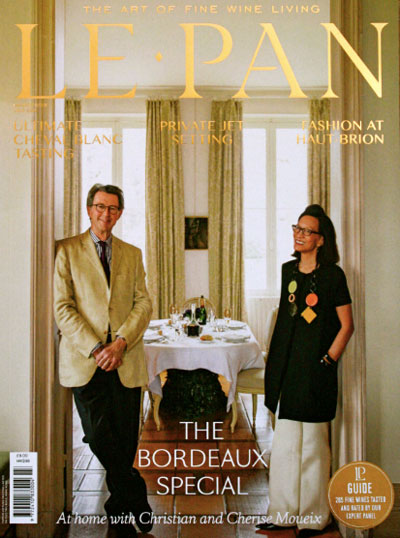 Another highlight for me during the short stay in Bordeaux was to take part in the launch party of Le Pan magazine. This beautiful 200-page bi-monthly magazine is equally remarkable. It combines fine wine, food, travel and fashion with striking photos and in-depth features. The editor line-up is extraordinary. Led by Publisher & CEO Jeannie Cho Lee MW, overall, there are six MWs (Master of Wine) as Le Pan’s wine editors. Being a subsidiary of Goldin Group, an international conglomerate headquartered in Hong Kong, Le Pan not only publishes in English, but there is also a Simplified Chinese edition tailored to the local Chinese market. It is worth noting that even though Goldin Group owns a winery in Napa Valley and three châteaux in Bordeaux, Le Pan is independent of Goldin Group’s wine division. Therefore wines produced by the group will not be featured or rated in the magazine or on the website. http://www.lepanmedia.com/ 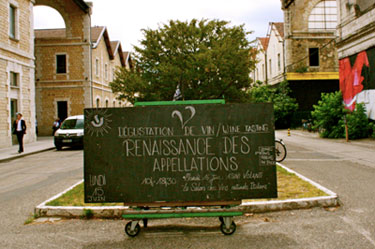 During the dinner at Chateau Margaux, Lilian Barton-Sartorius of Chateau Langoa Barton commented that during VINEXPO, what visitors see is not the real Bordeaux. This is a very good reminder and luckily I have seen the more down-to-earth side of this beautiful city during various visits. For the past few years, I would also attend the non-frill (completely contrast to VINEXPO) biodynamic wine fair organised by “Renaissance Des Appellations”. It is held at the same time as VINEXPO but on the other side of the river, in a rather eccentric venue called DARWIN Eco-Systèm, which was renovated from the deserted warehouses in the former Niel Military Barracks. http://renaissance-des-appellations.com/

As in 2013, one of the most respected figures in Burgundy and a firm believer in biodynamic practices, Madame Bize-Leroy of Domaine Leroy was present to show case her wines (or more to support this biodynamic group that her Domaine belongs to). In 2013, I arrived in the afternoon and was only able to have a glance of Madame Bize-Leroy’s back when she was about to leave. This time, despite the fact that I only went back to the hotel at 2 am after the dinner at Chateau Margaux, I made a big effort to get up early and arrived in the fair at around 11am and fortunately saw Madame Bize-Leroy still in her stand chatting with someone. On top of that, I was lucky enough to be able to sample one of her wines, which was the last bottle on site to be tasted. It was only 11 am! So you got a feeling how popular and rare her wines are. Tasting a great Burgundy wine in the heart of Bordeaux is a bit surreal. But this is Bordeaux; it is the only one of its kind! 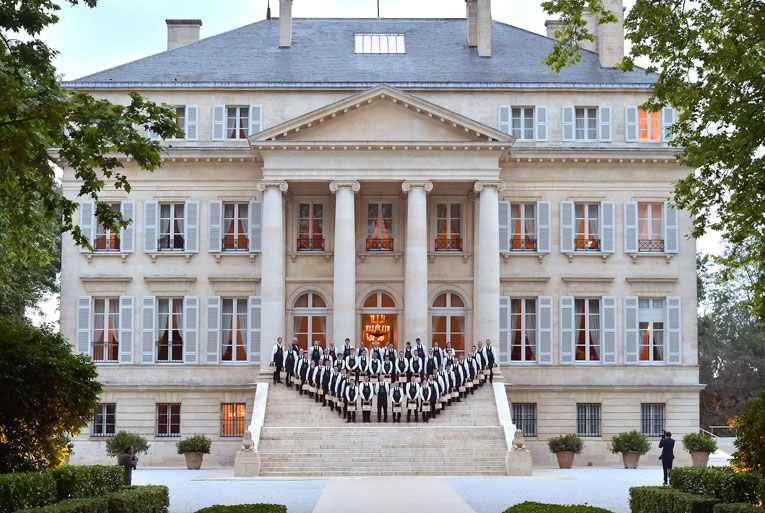