Unlike T.S. Eliot, I love April. Who can resist the charm of spring when everything becomes anew?  When young green shoots and spring blossoms of all colours dotted the luscious pastures and birds sing happy tunes. Well, this was pretty much the image in front of my eyes when I visited the Loire Valley in France in mid April. 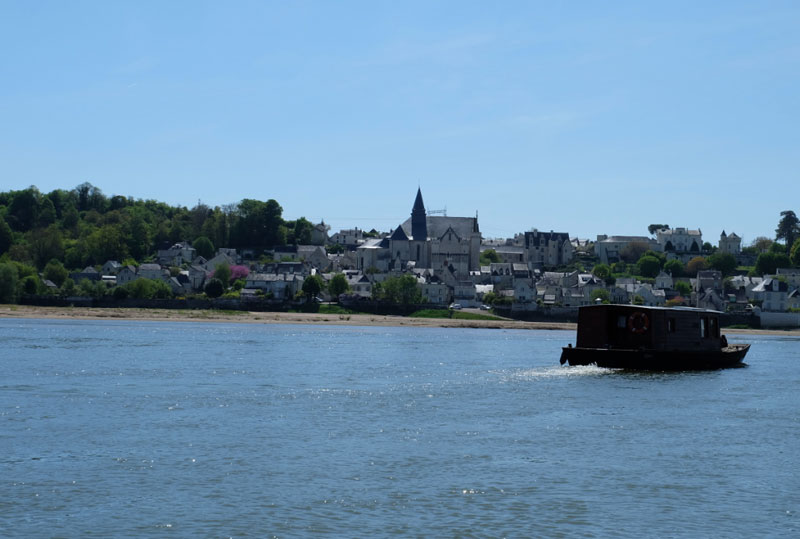 The Loire is the longest river in France and it is also famous for all the splendid castles built on the riverbanks by various French kings. This majestic river meanders over 600 miles, cutting through hills high and low, creating valleys wherever it travels. Dubbed as “the Garden of France,” the central part of the Loire gained the UNESCO World Heritage Site status in 2000 as if it’s not glamorous enough!

With “chateaux” all around, it is natural for one to assume that agriculture (well, grape growing to be precise) would take an important role. After all, Kings and their guests were to be entertained. Here, numerous vineyards spread along the river, adding colours to this magnificent region all year round.

Winemaking has a long history in the Loire region. UK, along with Belgium and Germany are the top three Loire wine importers so it is not difficult to find decent examples here in the UK.  A variety of Loire wines are being made: whites from Sauvignon Blanc, Chenin Blanc and Melon de Bourgogne; rosés and reds from Pinot Noir, Cabernet Franc, Grolleau and Gamay.  And not to forget those refreshing and good value Crémants (sparkling wines).  Region names like Muscadet, Vouvray, Sancerre, Chinon and Bourgueil are amongst some of the most recognizable names in the market.

This time, I spent a few days in Saumur. It is located between Anger and Tours, making wines of various styles. Crémant is the local specialty; Ackerman is one of the biggest “bubble” makers in the area. The reds from Cabernet Franc generally tend to be lighter and fruitier than those from Chinon or Bourgueil. Rosés are deliciously easy to drink.

Saumur wine growers’ syndicate have a very informative website (in French) which provides all sorts of ideas about how you can discover this region either by horse carriage, bike or by boat.  As for the wine, I particularly enjoyed some of the lovely examples from the organic producers such as Le Manoir de la Tête Rouge and Domaine de la Paleine.

From Saumur, you can easily visit vineyards and wineries locally or in nearby towns. To the west, in Anjou, try Domaine Pierre Chauvin and Château de Passavant. Further west in Savennières, Domaine Du Closel and Coulee de Sérrant. If you have a sweet tooth, keep an eye on Coteaux du Layon and its two famous sites Bonnezeaux and Quarts de Chaume. Domaine Patrick Baudouin  and Domaine de La Bergerie  make some delicious and luscious organic stickies. 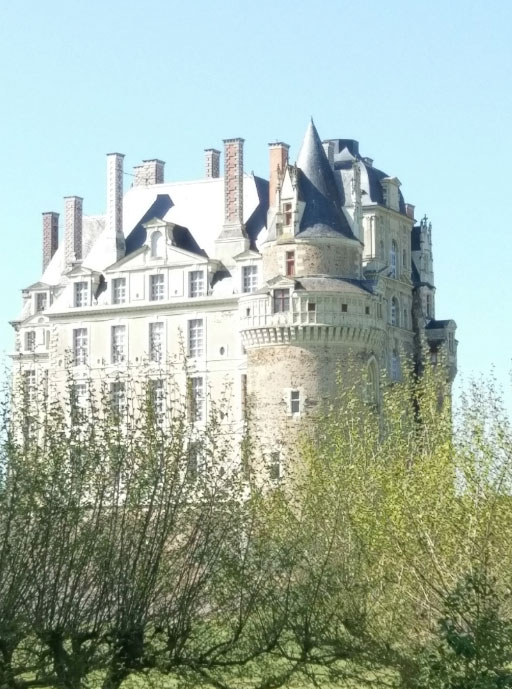 Apart from wine tastings, something you mustn’t miss while you are in the Loire region is to visit the magnificent chateaux. About 40 minutes drive from Saumur, Château de Brissac might not be the first that jumps out from Google search. But this beautiful castle has seven storeys altogether, making it the tallest château in the Loire. The vast garden surrounding the castle is spectacular and there is a new vineyard planted by the hill a few years ago. It is one of the few chateaux in the Loire that is still owned by its original family (Cossé-Brissac). If you are lucky, you might bump into the Marquis of Brissac and the family who still live in the castle while you visit. 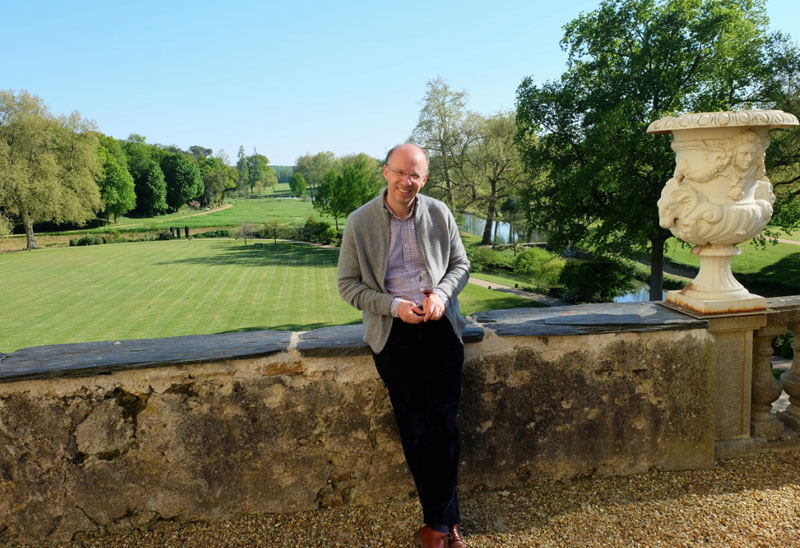 With wines and cultural tours sorted, how about the accommodation? If low-key luxury and tranquility is what you are looking for, then you won’t be disappointed by Fontevraud L’Hôtel. 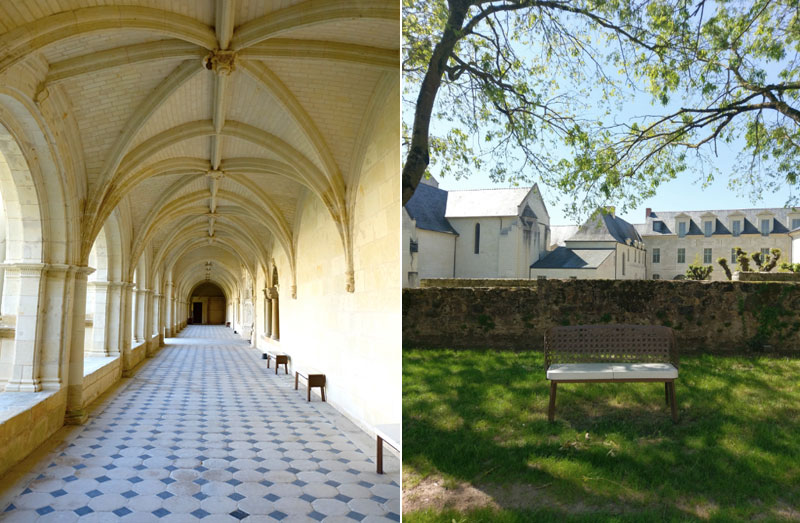 Originally an abbey founded in 1101, Fontevraud is the resting place for Eleanor of Aquitaine, Richard the Lionheart, Henry II and King John’s wife Isabelle de Angoulême and it is one of the largest monastic sites remaining from the Middle Ages. Napoleon turned it into a prison in 1804. With the last prisoners leaving in 1985, this is now a massive on-going restoration project. So far, it seems to me it’s a rather successful project. 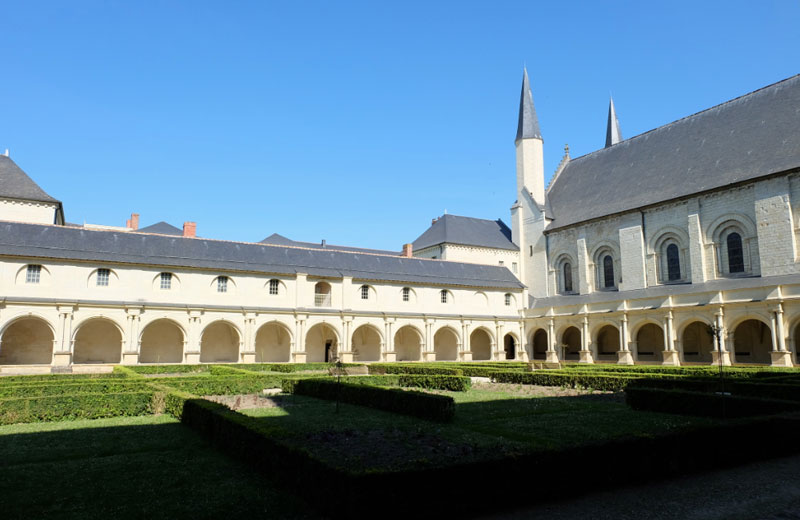 I particularly enjoyed my three nights stay in one of the 54 minimally chic bedrooms.  The pale creamy stone walls (tufa) and the cleverly designed lightings are soothing.   The use of wood, steel and creamy linen – all natural materials — gives a warm atmosphere that continues throughout the hotel. Even the mattress is tailor-made by a Nantes-based company for the Abbey. It was really comfortable that I was so tempted to buy the mattress and pillows and ship them home!

The “Le Restaurant” in the Abbey, led by the talented chef Thibaut Ruggeri, who was the winner of the prestigious Bocuse d’Or 2013 award, is another highlight. The cuisine is contemporary and local seasonal produce is used whenever possible. Together with the local ceramicist, Charles Hair, who hand-made all the tableware for Le Restaurant, they turn each meal on the table into a beautiful landscape and a magical experience.

So it’s not difficult to see that Fontevraud is neither grim nor austere.  It has the monastic charm and the vibrant spirit. To prove that, the Abbey hosts various cultural events all year around, including the Wine & Food Festival on 2-10 Sept 2017 which is now in its 8th edition. Foodies and wine lovers, this is the one not to be missed!

If you, like T.S. Elliot, still think April is the “cruelest” month, all you need is probably a little wine holiday in the Loire!