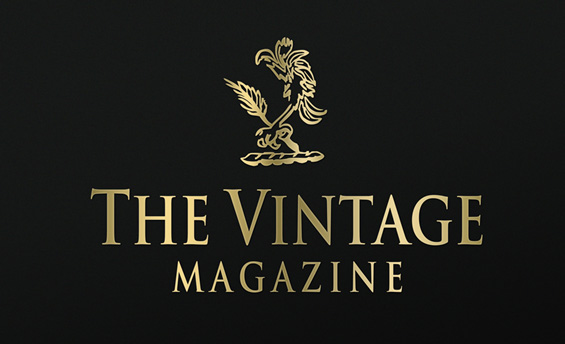 Who says you can’t teach an old Dog New Tricks?

Former PUBLISHER OF DEBRETT LAUNCHES ONLINE MAGAZINE FOR THE OVER 50s

Robert Jarman was 26 years old when he acquired Debrett in 1976, and he was very conscious that he had become responsible for a 207 year old British Institution, Debrett’s Peerage & Baronetage, founded by John Debrett in 1769.

And in the years that followed, he transformed Debrett from a single title business (the Peerage & Baronetage), into an international publishing house. Robert Jarman created subsidiaries and/or joint ventures in the USA, with Tom Guinzberg at the Viking Press, in Canada, with Methuen Books, and in Australia and New Zealand with William Collins, and in South Africa with Thomas Nelson, so that by 1980 Debrett had representation throughout the English-speaking world.

Now, 36 years later, he faces a completely different challenge. His plans for The Vintage Magazine are based on a gap in the market for an online magazine catering for the active, affluent over 50s who own 80% of the wealth of the country, and have by far the biggest spending power, but are largely ignored by the marketers, as if there was nothing left after you hit 50!

So, Robert Jarman decided to start an online magazine for this group, and called it The Vintage Magazine because he liked the idea of the best wines improving and maturing with age.

He found that the word Vintage is defined, in the Oxford Dictionary, apart from its obvious use in relation to wine, as ‘denoting something from the past of high quality, especially something representing the best of its kind’.

It is this definition which convinced him to use the word ‘Vintage’ as the name for a new magazine aimed at the over 50s, and the purpose of this magazine is to encourage, enable, inform, and inspire anyone of a certain age, to make the most of the years ahead.

The sub-title of the magazine is ‘Save the Best for Last’, which, as he points out, is what you do with very good vintages’

He was also inspired by the huge possibilities, and extraordinary flexibility afforded by an online magazine.

‘During my working life there has been a revolution in publishing and printing, and with modern technology, I can publish my online magazine on a laptop from anywhere on earth with a Broadband connection, said Robert Jarman’, and I like the fact that I can say ‘no trees were killed in the making of this magazine, which is another great bonus of online publishing’ he says.

About the Founder of The Vintage Magazine – Robert Jarman

When Robert Jarman acquired Debrett’s Peerage & Baronetage in 1976, at the age of 26, it was still being printed using the old-fashioned ‘letterpress’, or ‘hot metal’ method, as it was known, and the 2199 metal pages weighed several tons, and occupied a room the size of  a  house at the printers, Chapel River Press Ltd in Andover, Hampshire.

The first problem was how to bring this enormous tome into the 20th century, and he achieved this by a combination of selling advertising, which the Peerage had never carried inside the book before.

He also orchestrated a ‘sale & leaseback’ scheme on the actual printing plates, because they qualified as ‘capital assets’, even offering plates to the families whose Coats of Arms and entries were enshrined on them, thus preserving a 200 year old institution, whilst financing its future.

In the summer of 1981, Robert Jarman had two books in the UK bestseller lists at the same time, namely ‘Debrett’s Book of the Royal Wedding’, which spent many weeks at No.1 , and ‘Debrett’s Etiquette and Modern Manners’, which got to number 3  and is still in print, and has been published regularly over the past 30 years.

Robert Jarman was also the originator of ‘Debrett’s People of Today’, which has become the definitive guide to Britain’s Meritocracy.

It is now the UK’s most important contemporary biographical reference book, listing the top 25,000 most successful and influential people in the UK. It is still published annually, and is generally acknowledged to be the best book of its kind, documenting the ‘movers and shakers’ in British Society.

‘We have used it to recruit subscribers for The Vintage Magazine, and will continue to do so’, says Jarman.

During his time at Debrett, Robert Jarman also launched, and was Editor in Chief of ‘Debrett’s Magazine’, which was a controlled circulation magazine, sent exclusively to all those people (36,000) listed in ‘Debrett’s Peerage and Baronetage’, and covering subjects of interest to them.

Jarman says: ‘It is perhaps worth mentioning that the cost then, in the 1980s, of launching Debrett’s Magazine was in excess of £100,000, and each issue cost about the same sum to print and distribute, because it was a physical entity, problems we fortunately do not have with an online magazine.

Robert Jarman also published numerous Catalogues for major Museum Exhibitions, under the ‘Debrett’ imprint, including the hugely successful Faberge Exhibition at the V&A to celebrate HM the Queen’s Silver Jubilee in 1977, and other catalogues for Exhibitions at The Royal Academy in London, The Cooper-Hewitt and the Museum of Modern Art in New York, and the Smithsonian Institute in Washington.

As a result of this activity, Robert met and became friends with some of the World’s greatest cllectors, like the Forbes family in the USA, and these contacts proved very useful in his future role as a broker of Fine Art and Antiques (see below)

Robert Jarman sold Debrett in 1988, and has since been involved in various businesses, including property development, the Leisure Industry, and he was a Consultant to a Venture Capital Company, specialising in investing in early-stage IT and Technology companies.

In 1995, he co-founded a company called The Silver Fund Limited, which has become the biggest dealer in the world in ‘Estate’, or vintage silver by Georg Jensen.

He also founded and still manages a Fine Art and Antiques Consultancy and Brokerage called ‘Objects of Desire’, which he will continue to run alongside ‘The Vintage Magazine’, because there is a synergy between the two businesses, and there will be lots of features on the world of Fine Art & Antiques, including articles on the International Fairs circuit.

There will also be an ‘Objects of Desire Gallery’ in the magazine, offering paintings and other works of art for sale.

In addition to these activities, Robert Jarman has contributed to, and written Introductions and forewords for a number of books, and has done a lot of Freelance Journalism, writing on subjects as diverse as game shooting, and the Contemporary Art World, and he is also consulted by the Media, on matters relating to the Royal Family, the Peerage & Baronetage, and the Landed Gentry, as well as correct Forms of Address, Etiquette and Modern Manners, and has given numerous TV and Radio interviews.

Robert is currently working on his autobiography, with particular emphasis on his time at Debrett.

He is looking forward to editing The Vintage Magazine, because it has enabled him to contact many old friends and publishers, associates, authors and journalists, and to invite them to become contributors on a regular basis, and to help him introduce an editorial ‘style’, which he says, will be ‘informed’, amusing, and slightly irreverent, but never malicious or inaccurate. ‘We aim to have a lot of fun’.

‘I am delighted that so many friends have rallied around to help, and contribute to this new magazine, and they include Professor Chris Thompson, Director of Healthcare at the Priory Group, who is our Healthcare Editor, Terence Rodrigues ex-Christies, who is my International Arts Editor, George Robinson, who has been competing at Ko-Karting  since 1968, and was in the British Team in 1974, is our Motoring Correspondent and so on’.