Whisper it quietly but this might just be some of the best back end fishing on the River Test in a generation. After a year that started with a drought, followed by one of the wettest summers on record the two extremes have counter balanced to create perfect river conditions.

Chalkstreams like the River Test are tough beasts; in the millions of years since the river valleys were carved out by the ice age they have been subjected to just about every possible variation of climate but every time they bounce back with the gin-clear flows that we crave for dry fly trout fishing. The secret lies in the huge chalk strata that runs deep below us. It starts in Yorkshire, goes down the east coast, diverting briefly into Norfolk and then turning south-west under the Chilterns and on down through Berkshire, Hampshire, Wiltshire and Dorset where it bids farewell to home soil on the Jurassic coast to re-emerge in northern France. 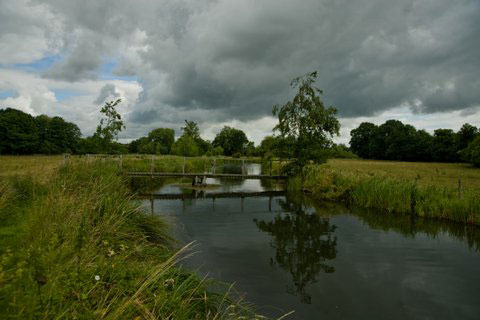 This chalks seam is the geological reservoir that feeds the springs that create the chalkstreams and by March of this year, after nearly two years of below average rainfall or worse, the reserves were depleted and it was clear from my daily walks along the rivers that they were suffering badly. Rivers rely on the winter to replenish their reserves and heavy rain to flush clean the streams ready for a new season. 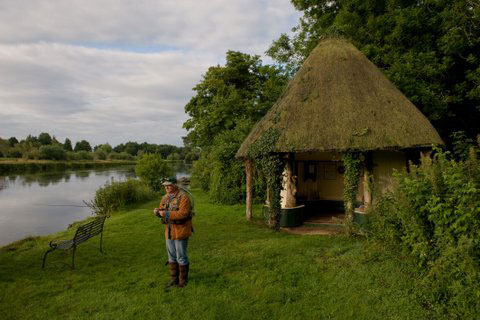 But the rain never came and I was close to despair as one dry winter month followed another. Over time lows flows damage the chalkstream ecosystem. The gravel in which trout lay their eggs is not flushed clean. The weed which provides cover for fish does not grow. The insect life suffers without the fast, oxygenated flows. The trout get skittish without the depth of water they like. All in all, not a pretty outlook for the season that was due to start the following month.

Fortunately nature has a way of balancing things up and when the heavens opened in April I offered up a silent prayer from my Mill office that overlooks the Wallop Brook, a tiny Test tributary. Finally I was able to raise the hatches on the mill sluice a few notches and for the first time on over a year the mill wheel spun. One month in itself would not tip the scales, but as one wet month followed another the river bed started to shine, the weed began to grow and the trout show themselves. By early July I could tell we were past the worst as springs that had lain dormant for eighteen months broke and when my river keepers started to complain that ‘there was too much darn water’ I knew we were home and dry,  if you will pardon the pun. 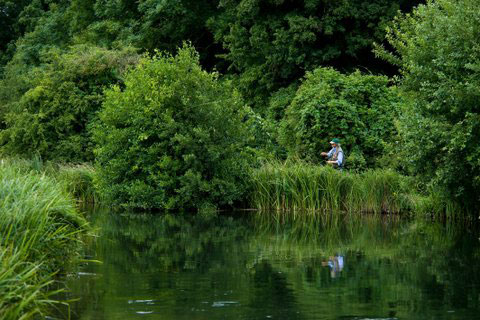 Actually the river keepers were almost right to complain about too much water, but only almost in that the river banks, normally bone dry at this time of year, are now a bit soggy. However I think donning a pair of wellies is a small price to pay for chalkstream perfection. I have been in this business for over twenty years and I can say hand on heart I have never seen rivers in such prime condition.  Fast, clear flows. Bright, clean gravel. Long, lustrous ranunculus river weed. Trout, who kept their heads down when the river was in flood are now back on the feed in preparation for the months ahead with hatches galore to choose from.

There used to be an old stock market phrase of ‘sell in May and go away’. Sometimes I think some fly fishermen have a piscatorial version along the lines of ‘fish in May and stay away’ but to only fish the Mayfly is to miss out on the magical month of September. This is the month us locals go fishing; the countryside looks sublime, the fish are eager, the hatches diverse and you’ll have fun switching from dry to nymph as you assess each fish on its merits. 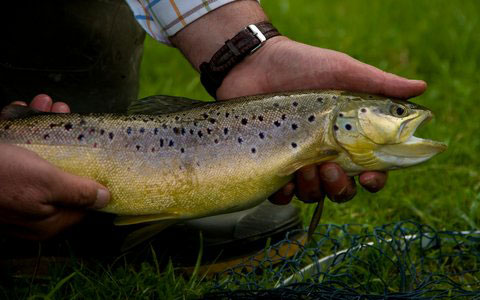 If you need a little more persuasion let me appeal to your wallet.  It is no secret that prime beats on the River Test in Mayfly time are expensive, but fast forward to September or October and the day rod prices are at least half or in some cases a third the price. For instance Mottisfont Abbey, the birthplace of modern fly fishing with F W Halford’s famous Oakley fishing hut, is £195 per rod August 1 – October 14 compared to £575 in the Mayfly.

I’d be a fool to pretend it was in any sense cheap whenever you choose to go, but for some of the best dry fly fishing, on a historic beat and on the most famous chalkstream of all, this has to be the back end of all time to give it a try. 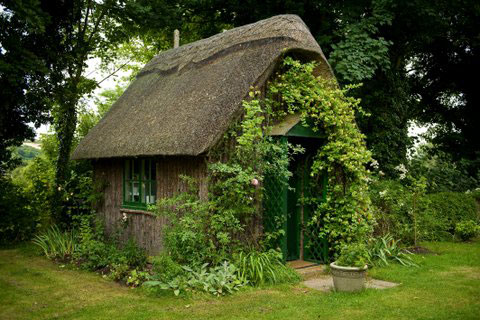 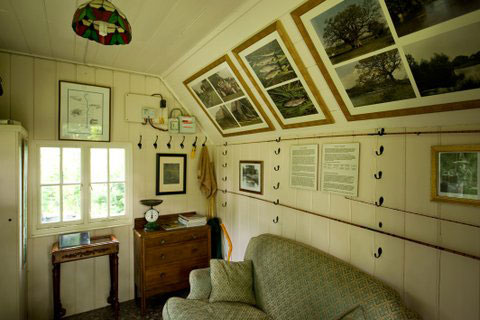 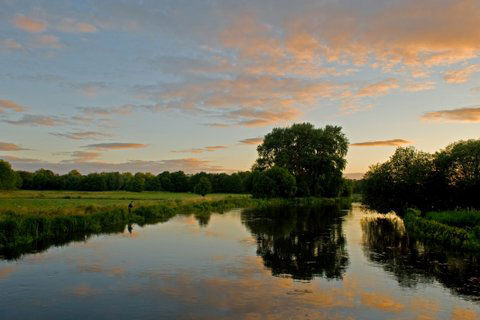 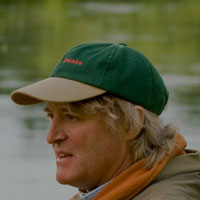