As you may have heard I was a guest on the Radio 4 Saturday Live show hosted by the Rev. Richard Coles. Frankly, as my first time live on national radio, I was fully expecting to be scared out of my wits but it is a huge tribute to the production team at Broadcasting House that I felt nothing of the sort. 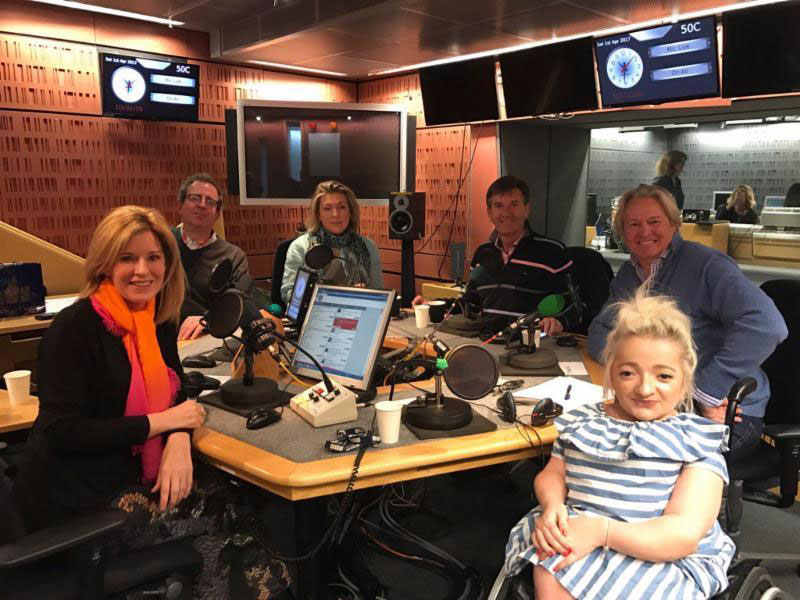 In that old saw of the media world it truly did feel like a fireside chat, albeit shoehorned into an airless fifth storey recording studio somewhere along a multitude of labyrinthine corridors. Believe me if you are a keen watcher of the BBC sitcom W1A they truly do pick out the nicest parts of the building for the show.

But for all the architectural shortcomings they do try to look after staff and guests. Clearly when they remodelled the building a few years back someone on the design team had heard about the food and drink stations pioneered by Google. Sadly I don’t think anyone troubled to get on a plane to check them out before including them in the final brief for the BBC. Now I have actually been to Google City in Palo Alto. The food stations are a thing of great wonder. Think Whole Foods dissected down to its finest elements by a committee of the über cool. Then throw huge amounts of money at it. Well, you get the idea.

However, whether something was lost in translation or it was simply a budget thing, don’t worry about your licence fee being misspent on frivolities. The version our national broadcaster prefers would fit well in the worst of a 1970’s motorway service station. Fortunately fellow guest Lady Carnarvon had liberated some biscuits from the Highclere Castle gift shop.

Sustained more by adrenaline than the aristocratic fare my ninety minutes of fame sped by, so after the signing of the guest book and good byes I headed out of Broadcasting House chatting to the true talent of the show, the world renowned Irish singer Daniel O’Donnell.

As the two of us pushed through the revolving doors onto the plaza beyond I spied a large group gathered outside the coffee shop. Odd, I thought, why such a queue for coffee? Then suddenly one of the gathering saw the two of us, broke away and headed towards us at speed brandishing a pen. But he wasn’t alone for long as the rest of the posse followed fast in his wake. Is this the fame? I thought. One radio show is all it takes.  But the cries of Daniel! Daniel! spoke of a greater truth as the autograph hunters elbowed me aside.

Daniel gave me one of those ‘what can you do’ shrugs by way of farewell before engaging with each and every one of his fans as I slunk away towards Oxford Circus to hail a cab. As I gave the driver my destination I fully expected him to look at me with stunned admiration, blurting out, ‘Blimey guvnor, haven’t I just heard you on the BBC?’ but no such luck.  Fame is fleeting but at least I bettered Mr Warhol’s fifteen minute predication.

If you would like to hear the show on BBC iPlayer here is the link.

Many of you raved about the chalkstream films made by the young, talented filmmakers Leo Cinicolo and Chris Cooper that I 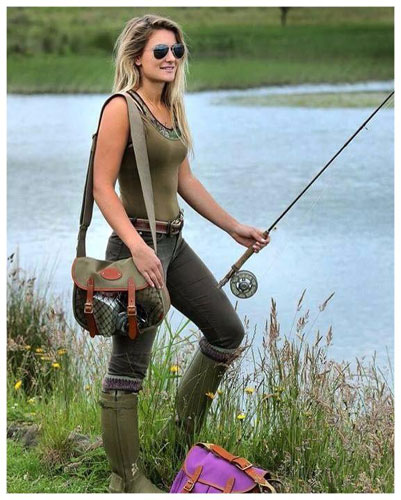 showcased via the Newsletters last year.

Well, I am delighted to say that Leo and Chris are trying to raise funds to make a feature length movie. I have a small involvement in that I will be writing the script but they, plus the poster girl of fly fishing, Marina Gibson, will be the stars.

If you’d like to be part of the project you can take a stake in the action via Kickstarter. There are all sorts of awards as part of your involvement including a day on the River Itchen with Marina herself.

Here is the link to Kickstarter

PS Chris Cooper is no relation to me!

Chris & leo tell you about CHALK – The Movie

Blue White XJ is not the next model from Jaguar – it is the tag on a twenty three year old osprey who I saw last week.

Ospreys, extinct in the UK at the start of the 20th century, have staged a remarkable comeback since the 1950’s and here in the south we see them around this time of year as they return from overwintering in west Africa en-route for Wales and Scotland. 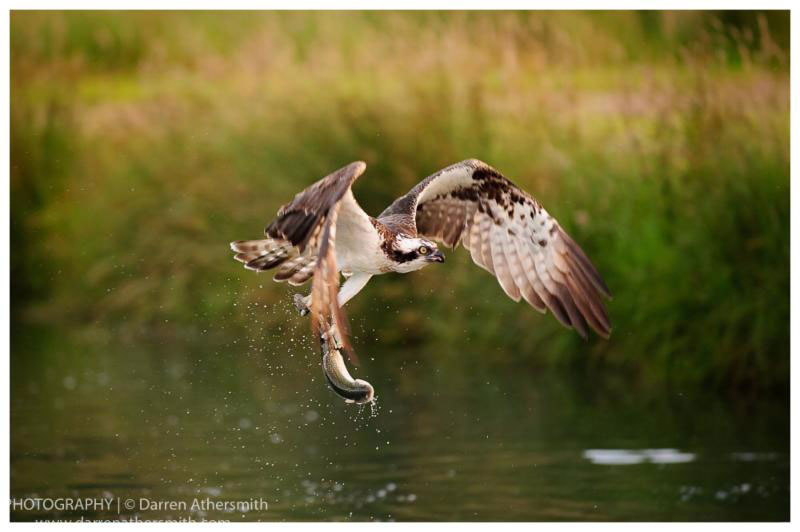 We know a bit about BWXJ because he was tagged as a young chick in Aberdeenshire; quite where he currently goes for the summer nobody is exactly sure but we do know he spends the winter in Senegal.

What we also know for sure is that for each of the past six years he has paused his migration for 3-4 days at Wimborne St Giles in Dorset. It is tempting to think that on his landfall after traversing the English Channel he is drawn by the sleepy charm of this olde worlde English village. However, I suspect the fish farm on the edge of the village, that supplies many of my brown trout, is a more likely draw.

So, I’m sorry to report that some of the fish intended for you later this season won’t even make it to the river. But I have a feeling that you, like me and all of us that day who looked in wonder as he swooped down to deftly snag a fish from a rearing pond, won’t mind too much.

It is Easter next week; it seems to have crept up out of the blue. I sneaked out on the opening day earlier in the week with four fish in an hour to a variety of dries: Cul de Canard, Klinkhammer and an Adams. Make whatever entomological deductions from that you wish, but I think the fish were just glad to see me!

Over the coming Easter weekend and the week following I am surprised to see that fully 15 of our beats, covering 11 rivers are open. They are, in no particular order by county:

If you wish to check a date, best to use this link. 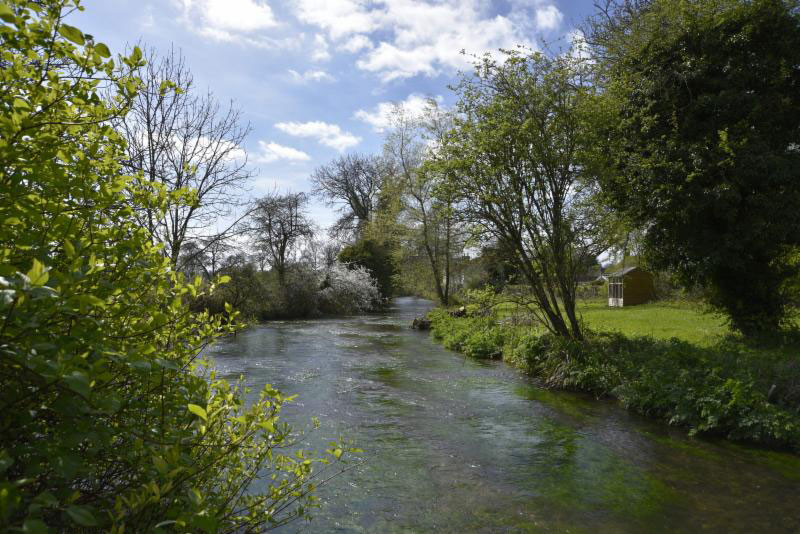 I know I promised to bring you Chalkstreams 2027 in this issue but it will now be held over to next time. 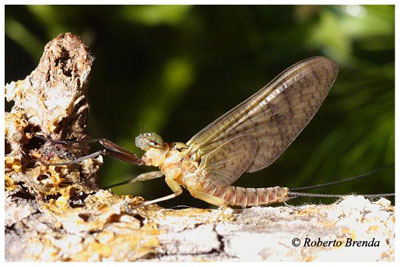 However, I have good news from a regular client in Switzerland who wants me to assure you all that fish do rise also outside the EU, even to such non-EU-species as Ecdyonurus helveticus which was discovered by our very own Reverend Eaton who completed his monograph of all the world’s known Ephemeroptera species in 1888.

I am sure David Davis will be factoring this into his negotiating strategy.

Starting next week I am going to be putting out a once-a-month newsletter special edition with news from the rivers, hatch updates and general fishing advice.

It is very much work a work in progress so I fully expect the style and content to evolve over time. That being the case I’d really welcome any comments you have. I’m sure I’ll be missing stuff I should be telling you or stating too much of the obvious.

Your help, advice and feedback will be much appreciated.

Three random teasers to test your brain. No theme this week. It is just for fun and the answers are at the bottom of the page

2)      Who were the six original signatories to the Treaty of Rome, the forerunner to the EU?