On Friday, 9th May, The Vintage Magazine, and one of its Business Members, Devonshire Wealth Management, co–hosted a Simulated Game Shoot  to celebrate ‘The Book of the Shoot’, a new venture which publishes beautifully designed and illustrated hardback books, gold embossed with the name and date and location of the shoot as a permanent reminder of the day’s shooting.

The Entrance Gates to Fonthill Estate –

We knew we were about to experience something very special!

The Fonthill Parkland in which we were about to shoot

This simulated Game Shoot took place on the beautiful Fonthill Estate in Wiltshire which belongs to Lord Margadale.  We met at Deer Park Barn in the middle of this fabulous parkland, where the guests enjoyed coffee and bacon sandwiches before being briefed by Richard Lovell, who managed the day so well.

The Vintage Magazine team, and guests were as follows:

Robert and Chrissy Jarman; Charlie Miller; Fenton Burghin; Simon Cassey with his sons, Ben and Alex; Richard Jackson and his lovely wife Linda; Graham Edmunds, the Head Photographer for The Book of the Shoot, and his wife, Debbie and her son, Rowan. 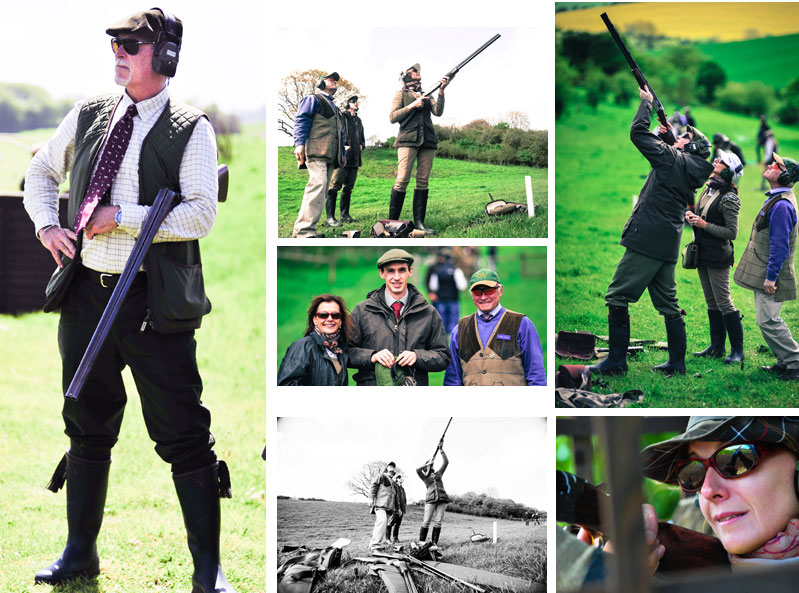 The Family that shoots together stays together

The Devonshire  Wealth Management team were: 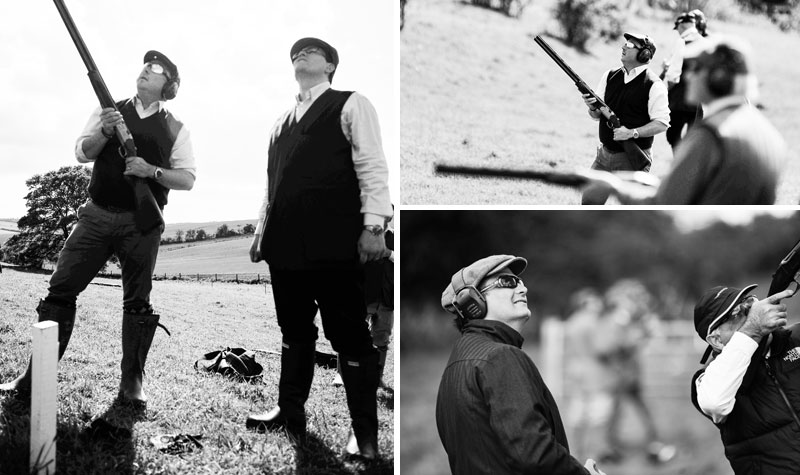 The day’s sport began with a warm-up drive in the Parkland where we attempted to shoot some very high ‘pheasants’, then we moved across to the other part of he 10,000 acre estate, on the north of the A 303, where we were presented with simulated pigeons, and a fabulous ‘grouse stand, before returning for lunch at the Deer Park Barn.

The simulated grouse drive where the ‘grouse’ flew so fast with the wind behind them, they whizzed overhead but Robert Jarman gives helpful advice to Simon Cassey who brought quite a few down.

A most welcome lunch  ensued with much discussion over our various successes of the morning before we returned for the final two drives, being high pheasant and partridge, which were both very challenging.

The Team Photo and fun at lunch – Nicholas Townsend pontificating on the one that got away and Mark Levy and Howard Kruger compete over cigar size!

As you will see from the photographs, the whole event looked as if it had been sponsored by Landover, with no less than seven Range Rovers ferrying the 16 guns, and 6 non-shooting guests around the estate, and this is surely a tribute to the  advances made by Landrover under its new owners, resulting in it becoming the 4WD ‘vehicle of choice’ for serious game shots with deep pockets.

Anyway, a very good time was had by all, and we will definitely be repeating the event next year.

Just some good photos – Howard Kruger and Mark Levy who looks as though he’s now ready for the polo fields and who could resist the most handsome of all, the ever faithful and beautifully trained black lab

Meanwhile, if you are interested in finding out more about these simulated game shoots, please contact Vicky Macaskie at the Fonthill Estate Office mail@fonthillfarms.co.uk or Richard Lovell on 07778 844 746 (he only communicates by his mobile!), and they will be pleased to assist.

If you look carefully that little dot is the ‘bird’ they were trying to shoot down and here’s Mark Levy succeeding!

We hope you have enjoyed reading about this simulated game day, as we will be featuring future such events in our newly created ‘Shooting Diary’ which is destined to become the Tatler of the shooting world.