I’m sitting here at 38,000 feet asking myself why do I fish? Not in any heart searching, godaam I’m an idiot sort of way but in a rather contented I’m glad I do it sort of way. Sky high and with the North American coast ahead and the southernmost tip of Greenland just past, I’m now about 5 hours into a 15 hour trip that ends in Victor, Idaho.

Now it is quite likely that you have never heard of Victor (pop. 1908) and no shame in that. It exists really because it is a crossroads. Head east 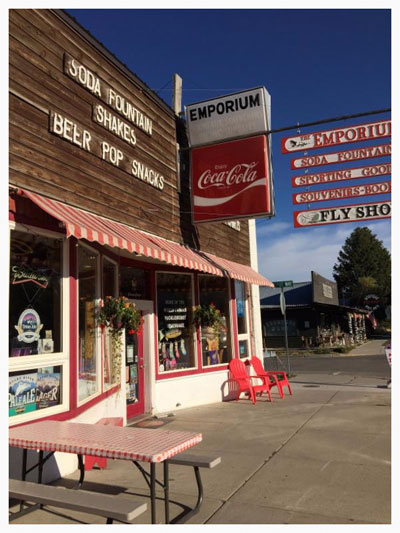 for Wyoming. Head south for Montana. Head west for more Idaho. The Grand Teton mountains, home to the famous Jackson Hole ski resort, block your route north. Not everyone agrees with me but I rather like Victor. Wind back the clock 150 years and I’m sure it was just like one of those towns in a Clint Eastwood spaghetti western.

Today it rather feels like its best days are behind it. The property boom that gripped Jackson Hole in the 2000s spilt over into Victor where two golf resorts now grow weeds on the empty lots, the dreams of luxury vacation homes now just so many bankruptcy notices. The optimistically named Brew Pub mostly sells pizza and the filling station is worthy of a super highway but rarely more than two of the sixteen pumps are ever occupied.

Victor is a strange mixture of the urbane and the surreal. The drive-in coffee store is the size of a phone box, sits in a dusty parking lot beside the only traffic lights in the town (yes turn left for Montana etc etc) and only opens for an hour a day. The drive-in movie theatre advertises its presence by way of an enormous potato on the back of a truck.

If you are getting the impression that Victor is the sort of place you drive through rather than to I don’t think you’d be very wrong. That is not to belittle it. It has pretty well everything you’ll need to sustain a life, barring accidents or illness. It is the hub for the cattle ranchers, horse breeders and farm hands who still live life with a nod to a Wild West heritage on the open range. The massive pick-up trucks, the stallions of centuries past, that come to town are truly awesome, the five litre engines gunning thunder through the power flow exhausts.

They are only outnumbered by equally massive trucks towing drift boats, though to be fair fishing guides usually eschew the exhaust thing and chrome add-ons, but I suspect that is more about finances than taste judging by the envious glances. Whatever the truck envy quotient this is fly fishing country and Victor draws me for the 2015 One Fly.

For regular readers of this Newsletter you will be familiar with my annual litany of triumphs, despair and injury. This is not the time to repeat all that but 4G signal permitting I will keep you updated by Facebook and Twitter over the next four days. Of course I will share with you the big fish, the ridiculous flies, the quirky guides and the amazing scenery but in part I want to share with you Victor and all it says about an America I never knew existed.

And that’s why I fish. In a huge world it takes you to those small places, both home and abroad, that open your eyes.

In the big money stakes of tackle collecting it is usually the reels that hit the highs. It’s hard to hang a rod on your wall and sit back admiringly. Flies are cool, but generally small. Stuffed fish? Well, they repulse and fascinate me all at the same time. But a show case of reels – well, that grabs the eye.

I am not exactly sure what makes for a valuable reel but I suspect in a few generations the hand crafted Hardy Duchess will be that reel. It is simply stunningly beautiful. Enjoy.
August Feedback Winner 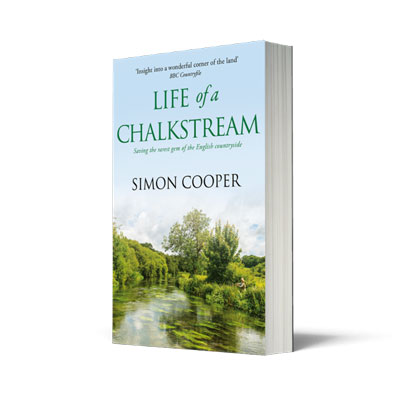 We are moving on with the end of season draw just a couple of months away. But for now Adam Fitch who fished at Broadlands will have to content himself with a signed copy of Life of a Chalkstream. It is in the post today, Andrew.

Do keep your replies coming; they are incredibly useful. I have just used some from June/July to compile a report to the Test & Itchen Association ahead of the weed cutting review and the setting of dates for 2016.

The usual random selection of questions to confound and amaze based around the theme of autumn. Answers at the bottom of the Newsletter. It is just for fun!

1) Who wrote “Season of mists and mellow fruitfulness! Close bosom-friend of the maturing sun; Conspiring with him how to load and bless, With fruit the vines that round the thatch-eaves run; …..”
2) Do red or grey squirrels hibernate?

3) Where does September get its meaning?

Quiz answers: 1) John Keats 1795-1821 To Autumn 2) Neither hibernates  3) From the Latin word seventh when it was the 7th month of the year in the early Roman calendar.