In music it is often said that the second album is the hardest; likewise the second book. I can’t say I found this to be true. But my first film script? Well, that is a whole different story. 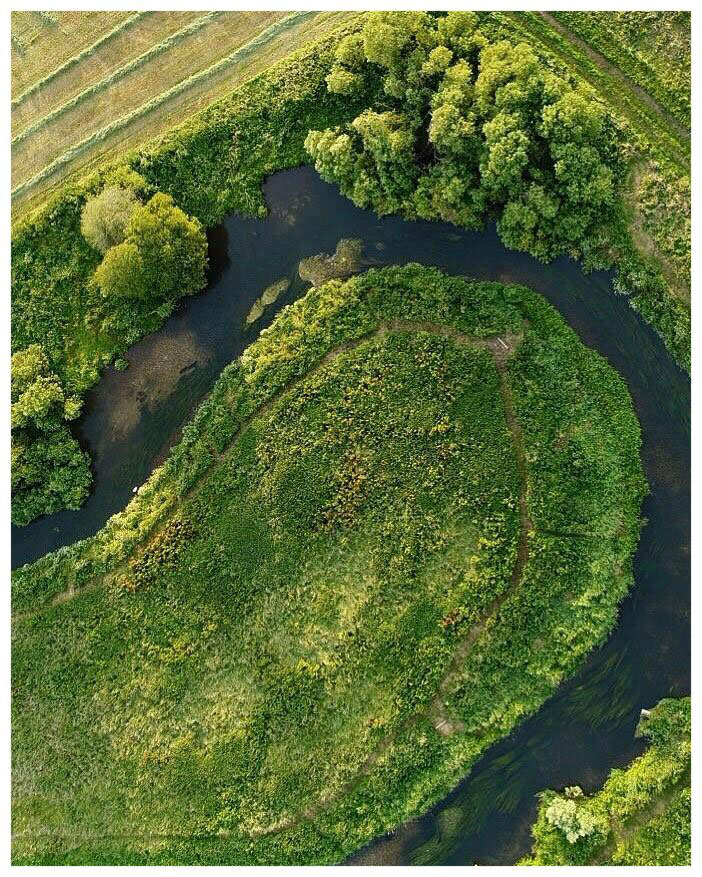 Now by my way of thinking a book is easy. You pitch the idea. A kind publisher shows some interest. You work it up into synopsis. In my case about two sides of A4 with thirty or forty words for each chapter heading.  The contract is signed. You are given a word count and deadline. And that is it. Over to you. For nine months nobody takes a blind bit of interest in your scribbling. The occasional email might appear checking you are still alive (the first clue is that you have cashed the advance cheque) but that is about it. The only boundaries are your imagination. The structure, the story, the beginning, middle and end are all of your choosing. Essentially you can do what you like. Of course the whole literary edifice may well coming crashing down upon your head when the manuscript is submitted for the red pen of the editor but you are a least given that freedom to roam. However a film script is a whole different beast.

As you will have gathered I have never attempted a film script before. Like all good novices I turned to Google for help. Frankly don’t bother. If anyone has written the definitive ‘how to’ guide it is defiantly refusing to give itself up to the algorithms refined by the finest programmers of Palo Alto.  I did glean that for most scripts one A4 page generally equals one minute of screen action. So, CHALK is eighty minutes long, my books are 80,000 words, so maybe I can make some equivalence of this? No. Film words have a whole different purpose to book words. I don’t need to describe the scene. Word pictures are replaced by real pictures. As the song goes, a picture paints a thousand words. 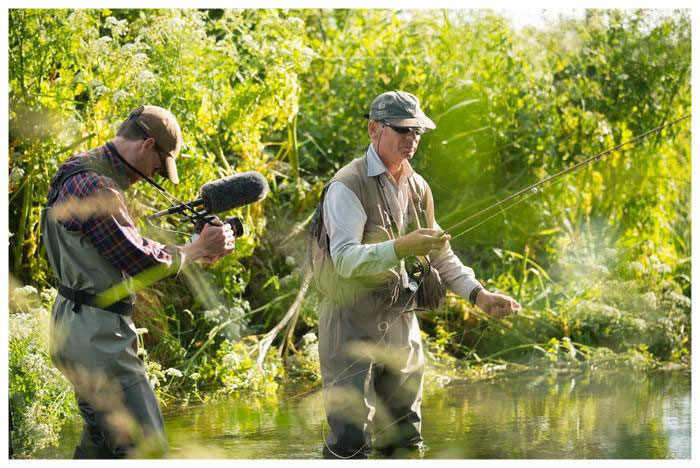 You might think that the visions of the others involved in the project – filmmakers, editors, producers, directors and so on would make it hard but strangely, at least for me, that is not so. Of course people have conflicting views, but really that doesn’t bother me. In fact compared to the solitude of book writing it is a blessing. Working with really creative people is a joy. Building something great from just the tools inside our collective brains is a buzz hard to beat.
So what is so difficult? Well, strangely when I set out to write this piece I didn’t know but now I do. I have to give myself up to the amazing footage filmmakers Leo and Chris have shot. My job is to fill the gaps. Provide the links as we move from one scene to the next. You the filmgoer doesn’t need great literature from me but rather the thread to the story of the movie. The narration should be subservient to everything you see before your eyes, the gentle guiding hand that outstretches whenever needed. You will hear the words but you will not have to listen for them.
There is no reason why you should be relieved – you probably never knew there was a problem but take some comfort that I am relieved. The writer’s block, such as it was, has gone. The words written thus far will be left to slumber forever in some virtual cloud. All I need do now is to start again ……
A NEW ARRIVAL
The arrival of the Pacific Pink salmon to our shores hit the headlines last week. I must admit my first thought that is pretty amazing; after all the north-east coast of England and Scotland is one hell of a way from the northern Pacific. 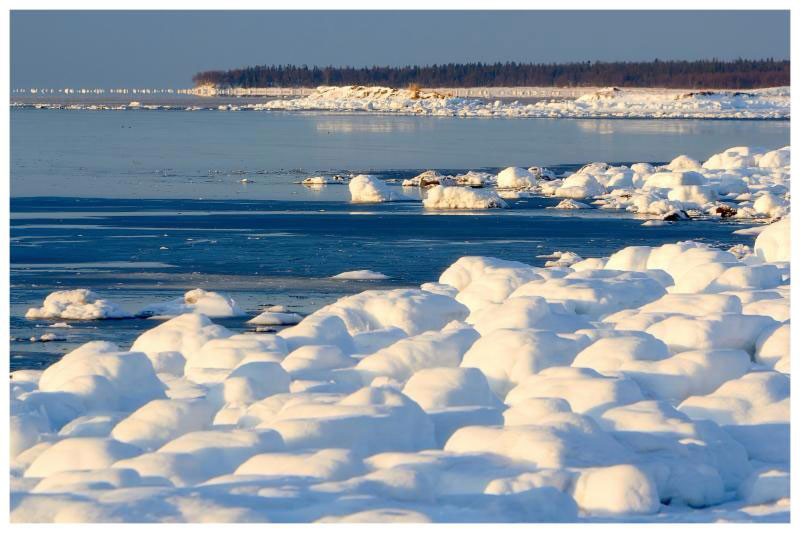 Russian White Sea
As it turns out the truth is less spectacular and evidence, if any was needed, that fiddling with nature has consequences.
Apparently for half a century, starting from the 1950’s, these salmon were introduced into the White Sea, north of Russia in an attempt to create a self-sustaining population. It seems they have succeeded with the fish now in Russian, Finnish and Norwegian rivers.
The Pink or Humpback salmon has a short life of just two years, dying after spawning like the other Pacific salmon species. We are seeing them at this time of year because they arrive in the lower reaches of rivers in July and August to spawn. The Environment Agency update suggests that there is no imminent danger to the Atlantic salmon or sea trout population. The Pacific salmon eggs hatch in late spring with the juveniles quickly smolting heading to sea without ever feeding in freshwater.
Are the Environment Agency right to be so relaxed? Other than the fact there is probably very little they can do even if the fish are a threat, I 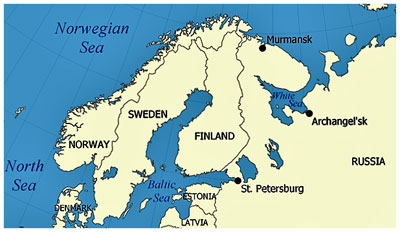 suspect we’ll be fine. The British Isles has a long tradition of taking in new fish species without too many ill-effects – in fact the list is surprisingly long. I couldn’t find a definitive tally but from my researches at least twenty-three species commonly found in lakes and rivers are not UK natives.
Now some have been here so long as to be regarded as now ‘naturalised’ – Common and Crucian carp, Goldfish and Rainbow trout all falling under that heading. Some of those have been here a mighty long time; Common carp were probably introduced by monks in the 16th century and Rainbow trout first arrived in the 19th century.
Of the others that are classified as non-natives I have to admit some I had always assumed were natives and others  I hadn’t heard of, let alone caught. This is the list I compiled:  Bighead carp, Bitterling, Black bullhead, Bluegill, Brook trout, Channel catfish, Fathead minnow, Grass carp, Landlocked salmon, Orfe, Pacific Humpback salmon, Pumpkinseed, Silver carp, Sturgeon, Sterlet, Sunbleak, Topmouth gudgeon, Walleye, Wells catfish and Zander.
Updates of any omissions gratefully received. 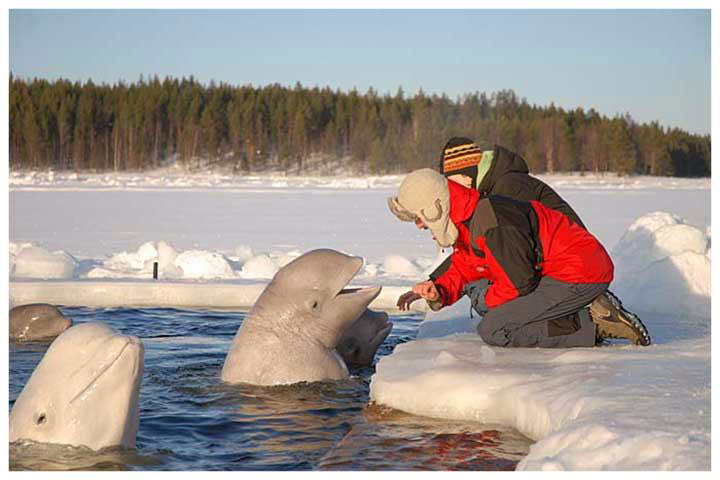 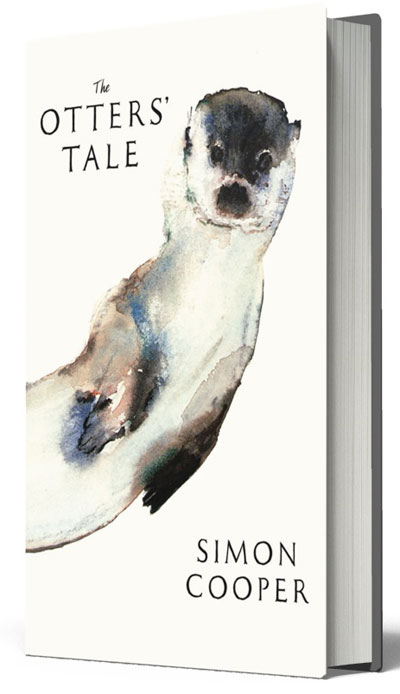 whole variety of reasons.
Firstly, and most obviously, it is where the book is set – the talk takes place just a few yards from Kuschta’s family home. Also it is a fund raising drive to save not only our village pub (we are trying to buy it) but also to conserve the wall paintings in our Norman church.  The paintings, that have survived a thousand years on the fragile chalk and limewashed walls, do not do well with modern heating. So, rather than turn it off and let the parishioners freeze to death a solution is at hand – all it takes is money!
Do join us if you can. I’ll probably make a few sidetracks into chalkstream territory and you will be greeted with some good wine to mellow the mood.
Thursday September 28th at Nether Wallop Village Hall. 7.30pm. £10/ticket with all proceeds to St. Andrews Church and Save the Five Bells Fund. Includes a glass of wine. Buy on-line or call Diane 01264 781988.
QUIZ
You might have seen this coming. Identify four on the non-native species mentioned above; one is naturalised.  It is just for fun and the answers are at the bottom of the page. 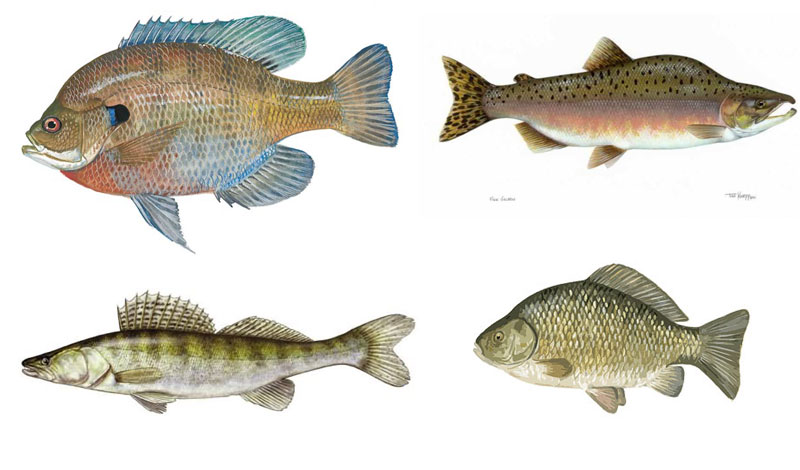