Painting of the Month

Exceptional examples of George Stubbs work rarely appear on the open market and when they do they will be fiercely contested.  One of his works sold recently at Sotheby’s London, for £22 million (twenty two million pounds)

‘I feel that the ‘Portrait of a Gentleman on a Grey Hunter’ is an exceptionally fine and well executed example with fantastic provenance.  This is one of the finest works I have ever seen by George Stubbs’ – Steven Beale. Co-owner Trinity House Paintings

Biography: George Stubbs was born in 1724 and is perhaps the most important sporting artist of all time. Stubbs made his name through his remarkable capacity to portray the anatomy, muscle structure and movement of the horse.

He acquired this talent after extensive travels to study the work of Renaissance Masters in Italy and his own learned researches in what he called his ‘equine pathological laboratory’, where dead horses were suspended from the ceiling for dissection.
The result of his labours was perhaps the greatest book in racing literature, The Anatomy of the Horse, which was published in 1766 and which changed the world of equestrian art for ever with its emphasis on precise anatomical detail.
Stubbs’ enormous talents were soon recognised and he began a series of classic pictures for great patrons, mainly featuring relaxed friezes of mares and foals, hunters at grass and thoroughbreds out in the paddocks with their jockeys or stable lads

Paul Mellon and Mellon Bank – The Yale Center for

George Stubbs is regarded as one of the best horse painters of all time and fine examples rarely appear on the open market.  Our example has been in a private collection for many years and with exceptional provenance which can be traced back to 1928.

During that time one of George Stubbs’ most famous collectors was Paul Mellon KBE, who was a thoroughbred racehorse owner/breeder and co-heir to Mellon Bank.

In 1957, his family were in the top eight richest families in America and in 1964, Paul Mellon acquired the ‘Portrait of a Gentleman upon a Grey Hunter’.

Paul Mellon was responsible for setting up the Yale Center for British Art, to which he donated a large proportion of his collection.

Mellon was highly supportive of causes that advanced the preservation of horses, including the Grayson-Jockey Club Research Foundation. That organization allocates grants towards specific research projects for the safety, welfare, longevity and improvement of life for race horses.

Furthermore he requested that double that amount be raised in response to his donation. That goal was met during the 1995–1996 fiscal year. Upon his death he left yet another $2.5 million to the Foundation’s endowment. 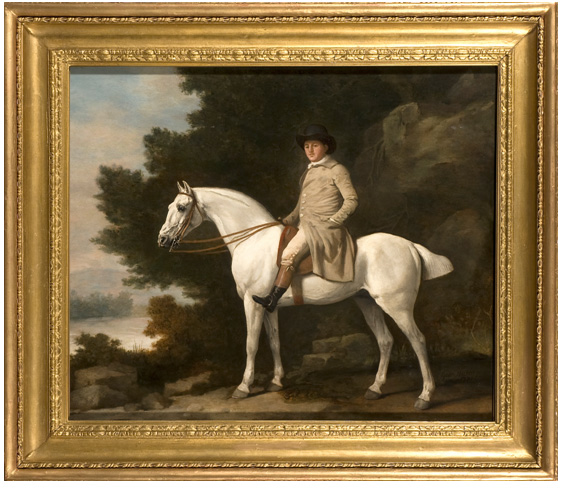 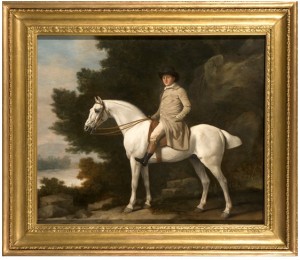