The great survival race is on – in the red corner seventy to one hundred trout and in the blue corner otters.

Here at Nether Wallop Mill the teaching lake is stuffed with fish April to October; you could almost walk across the lake on their backs there are so many. They are mostly rainbows but there are a few blues plus some browns that sneak in from the river for an easy life.  Each morning now the season is over I feed them with a scoop of fish pellets; the moment they see my shadow with Pavlovian response they leap and pivot. In early November the lake positively boiled. Today the recipients are fewer.  The response less muted and every few days I see the reason – fish corpses. 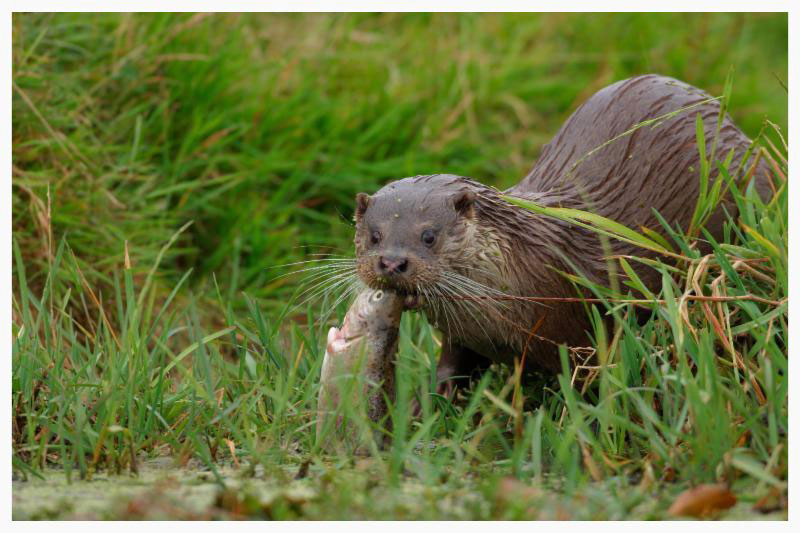 Otters are ever present in the Wallops valley, but it is only when winter starts to bite that the lake becomes a living larder. They don’t visit every night; I’d say maybe one in every three.  In the darkness I can hear them, sometimes two, other times three as they hunt. It is a noisy process, not least because they announce their arrival with high pitched chirrups between themselves. It is almost as if they are genuinely excited to be here. I suspect they have good reason for that.

Stealth does not appear to be essential to the otter hunting lexicon. They flop into the water with a resounding splash.   Once in the lake they swim with practised ease. If I shine a torch it is simple to track their progress back and forth across the surface as the eyes shine back at me and I’ll just about be able to make out the flat domed head. At first sight of the beam of light they will turn their head in my direction. No panic, just idle curiosity and thenceforth they go about the business of fish hunting regardless of me.

By this point I shudder to think what panic is occurring in the trout community. The otters dive and surface with increasing rapidity. Otters are naturally buoyant so they put huge effort into diving, arching their backs and half leaping out of the water before plunging beneath. It is clearly a fairly hit or miss affair, with more hits than misses until each comes up with a fish clamped in the jaws. They eat with unrestrained savagery. On a still night you can hear the tearing of flesh from fifty yards. The head and the top half of the body is the favoured feast, eating out the innards to leave the skin, back end and tail like a discarded sock.

This morning the count was two dead on the bank, which brings us up to about ten in the past week. By Christmas the population will have halved with the end game sometime in February. In this particular survival race my money is on the otters.

Nature is a cruel mistress; Arthur having briefly tasted love last month is now close to death. It’s nothing as romantic as a broken heart but rather the inevitable rivalry of swans. 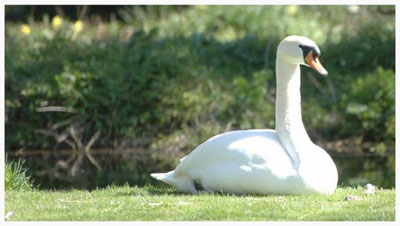 Having reclaimed his home, Arthur was back enjoying the bachelor life until two swans dropped in from the skies. Arthur is nothing if not pragmatic so he beat a retreat from the lake to the mill pond.

However it was far from being a safe place. The pair followed him up the brook until they cornered him, the male asserting territorial rights in the brutal way that swans do. Left for dead in a backwater a neighbour found Arthur, called the swan sanctuary and they took him away.

The sanctuary is nursing him but the outlook is fairly bleak At best he will recover and end out his days in the sanctuary, a return to the river being deemed too high risk. Personally I’d like to see him back. I miss him already.

Paul Colley has risked his life underwater, photographing sharks and crocodiles which led to him picking up a British Wildlife Photographer of the Year 2015 award.

But such is the bizarre nature of life it was none of those projects that hit the headlines for him but rather a side stream of the River Test in our very own Stockbridge.  Staking out the stream for up to 12 hours a day Paul has captured some amazing underwater shots of both trout and grayling, not to mention that unequal contest between duck and trout in the race for bread which I suspect many of you have witnessed in the past.

Paul’s talk ‘Sneaky Sharks, Cunning Crocs and Testy Trout’ takes place at Stockbridge Town Hall on Friday December 11th at 7pm. Tickets are £4 from  barniesdandj@yahoo.co.uk If you can’t make it do take a look at his web site.

Quiz
The usual random selection of questions to confound and amaze. Answers at the bottom of the Newsletter. It is just for fun!

1)   What is the smallest city in the UK by population?

2)   Karl Marx is buried in Highgate Cemetary. Where is Friedrich Engels, co-author of the Communist Manifesto buried?

If you are heading into Chichester on Thursday for the Christmas shopping evening drop by the Orvis store on South Street. 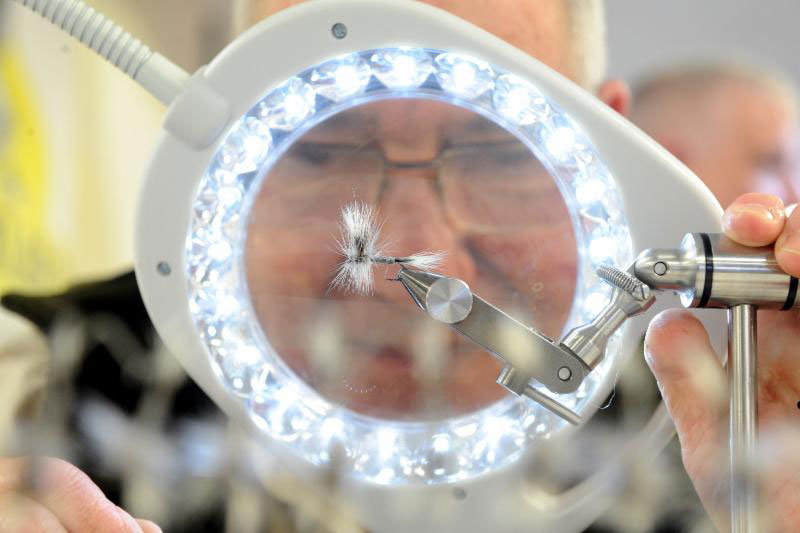 Our very own Alan Middleton will be on hand  in the store offering advice and giving one of his unsurpassed fly tying demonstrations. 5-7pm.

Enjoy the rest of the week.
Best wishes,

1)   St David’s, Pembroke, Wales 2) His ashes were scattered off Beachy Head 3) A squirrel.