Well, what a disastrous autumn we are having at least on two main counts: first the rugger World Cup. Not one home country or even a European one through to the semi finals. England failed to overcome their killer of a draw – by far the most difficult group in the entire competition – but my gut feeling is that they weren’t good enough to win the Cup anyway.  The same applies to Wales; Ireland had all their best players hobbling around on crutches for their last group match and Scotland were denied victory in the dying seconds by an incorrect decision by the referee.  As I write we are being slaughtered by the Pakistanis at cricket with the games being played in the UAE because it is not safe to play cricket in their own country.  What is the world coming to?  Secondly, our power stations are to be designed and installed by the Chinese.  As MATT portrayed in his Daily Telegraph cartoon, if we talk about the Dalai Llama all our lights will go out.  Why can’t we build our own power stations?  We always used to.

I’d better write about travel.  I had a super response from many of you to our proposed Peruvian trip next February but you all said it was too expensive; I can’t say that I disagree.  South America as a whole has hugely increased accommodation and service charges in the last couple of years and my local agents in Peru, Chile and Argentina are all bemoaning the fact and are doing their best to do something about it.  Added to this the international flights plus domestic flights for the proposed trip came to over £1,300 p.p. even in economy class. So we are unlikely to go but I shall keep monitoring the situation.  We do, however, have a very good and interesting trip to Sicily planned for next spring from approx 27th April to 7th May.  At the time of writing we are virtually full.

I have now been running this little quite specialised travel business for 15 years during which time I have built up a network of local agents in all areas or countries to which we go – all of them appointed by me and managed by people who know the sort of things we like to do and our type of client.  I still get a great kick out of the planning and will go on doing it as long as anybody wants me to.  I would just like to mention a service of which I am not sure how many of you are aware and that is that if any of you want to go somewhere that is on our patch either by yourselves or with family members or a small party of friends, I can suggest and make itineraries from start to finish working with my agents and ensure that they will be on hand for any help needed while you are in their country.

I will leave you with the following adaptation of The First Lord’s Song from the Gilbert and Sullivan operetta Pinafore that I dreamed up the other day (apologies to those to whom I have already shown it).

When I was a lad I did insist

On becoming an active Trade Unionist

I boiled the kettle and made the tea

And ensured there was paper in the lavatory

In the Union’s affairs I made such a hit

I got on my bike to get them all out

With devious methods I became so bent

That I rigged a ballot into Parliament

As I cast each vote into the ballot box

In Parliament I knew how to behave
And never, never, ever did wash or shave

And you all could be leaders of the Labour Partee 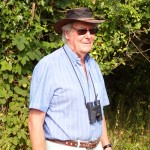 The relationship between the leader and his charges thus becomes incredibly close, and Antony revels in providing experiences which his clients simply could not find anywhere else, because he has, quite literally, travelled the world, and his preferred areas for his travel groups are South-East Asia, including Burma, Vietnam, Laos, Cambodia and Thailand;  South America, Central America, including Guatemala, Belize, and Mexico,  India,  several Eastern European countries, including Poland, Romania, Georgia, and Ukraine, and Turkey and Sicily.

He also takes groups to Namibia, Botswana, and Zimbabwe in Southern  Africa, and to the Eastern Caribbean.

He has written several excellent articles for The Vintage Magazine, including  ‘Peregrinations in Peru’, ‘Turkey, Istanbul and the East’, Patagonia, Zimbabwe – Then and Now, the fascinating story of the Decembrist Uprising of 1825, and In the Footsteps of WWII in Burma and N.E. India with incursions into Nagaland, .