In June, 2000, I was lucky enough to be taken, as a guest of my old friend, Michael Jackson, on a fishing trip to Russia, to celebrate his 50th birthday, which was all extremely well-organised by Roxtons, the Sporting Agency, founded by Christopher Orssich, who was the first to offer trips to the Varzuga river.

We flew to Helsinki, then to Murmansk, where having cleared a very officious Customs regime, we were decanted into three vintage ex-military Russian helicopters and flown across arctic tundra for several hours, to a remote fishing camp on the Varzuga River on the Kola Peninsula, where the salmon run wild and plentiful. 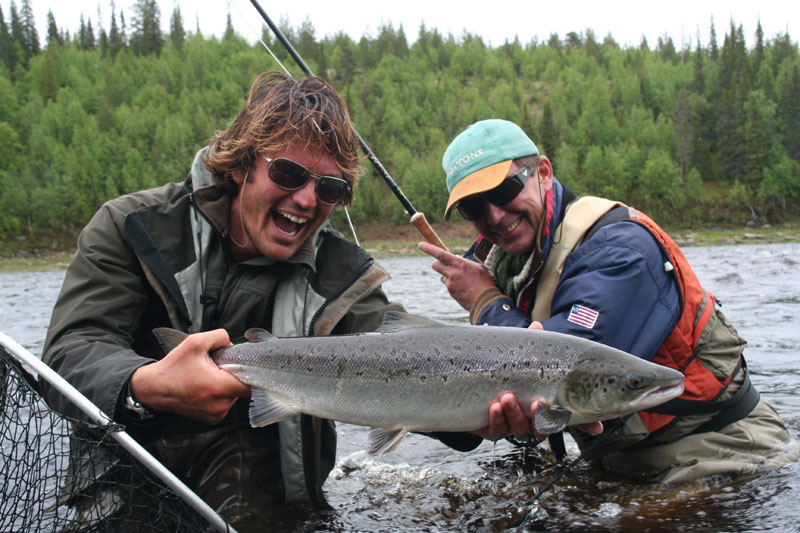 Who’s A Clever Boy Then?

Situated 18km above Lower Varzuga camp, a rod on this beat is one of the most highly sought after on the Kola Peninsula.

The Middle beat has proved to be one of the most productive on the river system, especially in the early weeks when the natural high water barrier of the Yovas Rapids holds the majority of the salmon in the pools below. This long run of fast water holds the fish up until such a time as the height and water temperature combine to allow the fish to run through to the higher beats of Pana. 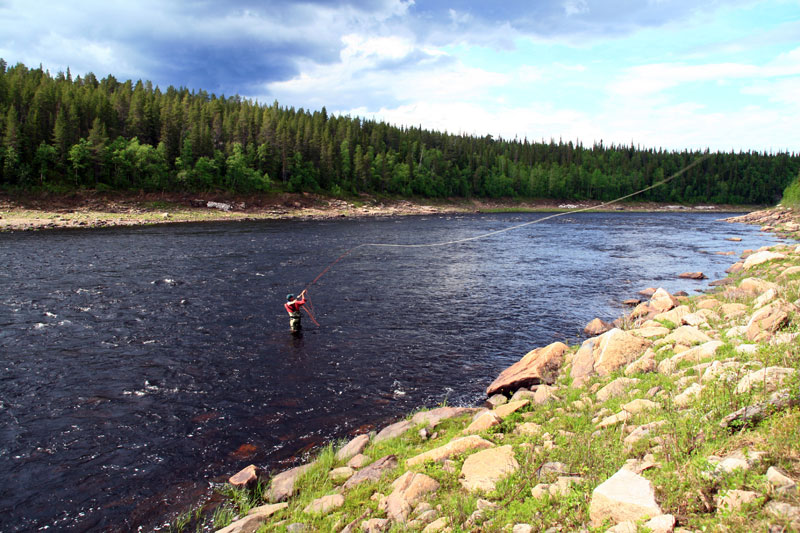 Casting on the Varzuga

The characteristics of this stretch of water are such that it has the look of a river that has stolen many of the best pools from the famous waters of our ancestors.

The Middle Varzuga beat accesses over five miles of fly water with more than thirty named pools throughout its length. From faster flows around Clarke’s Corner through the deep pools of Fortress to the wide, pebble bottomed open reach that is Peartiha and down around both sides of the island, you can fish a diverse selection of some of the finest water the Varzuga offers.

Catch reports could also argue that Generator, the home pool, is the most productive salmon pool in the world today, consistently producing unrivalled catches of fresh salmon throughout the season.

The seasons change with surprising speed on the Kola peninsula. These changeable conditions allow for perfect opportunities to try differing patterns and methods from sunken lines and double tubes to riffled hitches across mirrored glides. The dry fly reaches of Peartiha and Simmons Glide and their catch records are a testament to the many anglers who have tried and succeeded here with a skated bomber. 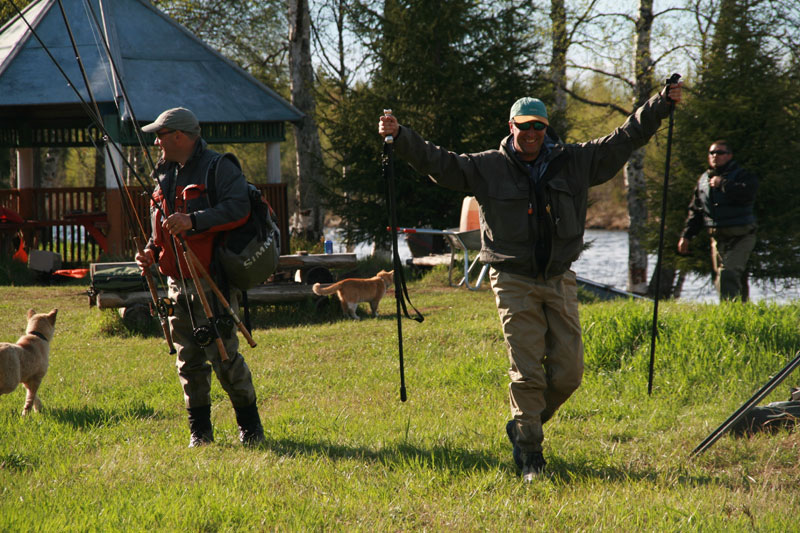 The One That Got Away Was This Big! 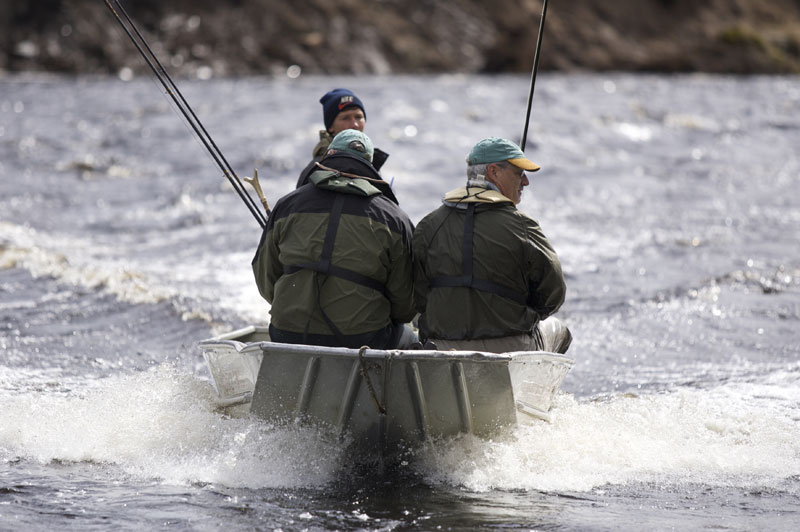 Middle Varzuga takes a total of ten rods who fish a huge variety of water to rival an entire river system elsewhere and, as on other beats, transport is by jet boat.  A trip to Middle Varzuga offers the very best of the best of salmon fishing in the world, with consistently superlative catches of salmon and fishing that will challenge, excite and astound all who visit.

This was fishing for pure fun, with rods ferried to their beats on jet boats, and the ‘experts’ landing as many as twenty salmon in a day.

Fishing for Salmon in the Fast Flowing Varzuga

Each Rod is allocated a local ‘Ghillie’, or ‘Minder’ who is there to help with the fishing, but also to make sure they do not ‘lose’ anyone, because the river flows fast, and if you slip on one of the large boulders, and fall in, you would not stand much of a chance, and the ghillie would lose his ‘tip’, which is probably the equivalent one year’s wages in this part of Russia so they tend to look after you! 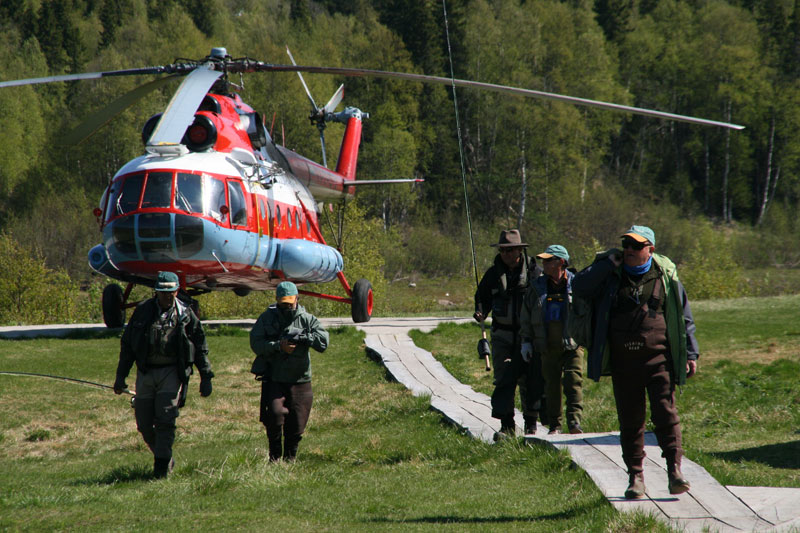 Returning to Camp after a Day’s Fishing

Even in mid-summer, the temperature can be sub zero all day, and by the time you get back to the Camp in the evening, there is a stampede for the ‘Banya’ the traditional Russian wash-house combined with Sauna, and it was wonderful to ‘de-frost’ in there for an hour or so, before changing for dinner in the Communal hut.  Here, the English cook prepared fabulous food for us, although, by the end of the week, you can become a little bored of ‘101 ways with Salmon’.  However this was my experience back in 2001, and as good as she was, now I am assured by Roxtons that there is a wide variety of cuisine available prepared by professional chefs and I can’t wait to try it. 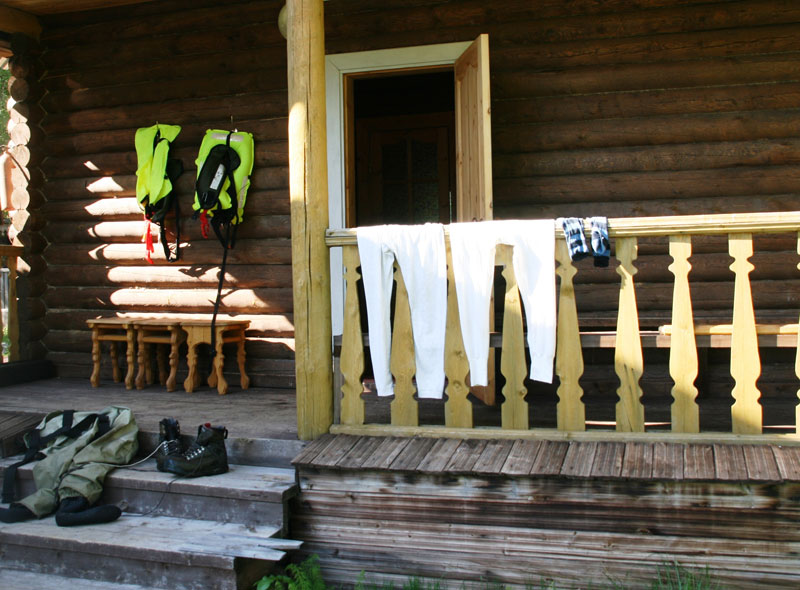 Drying Out after a Day’s Fishing 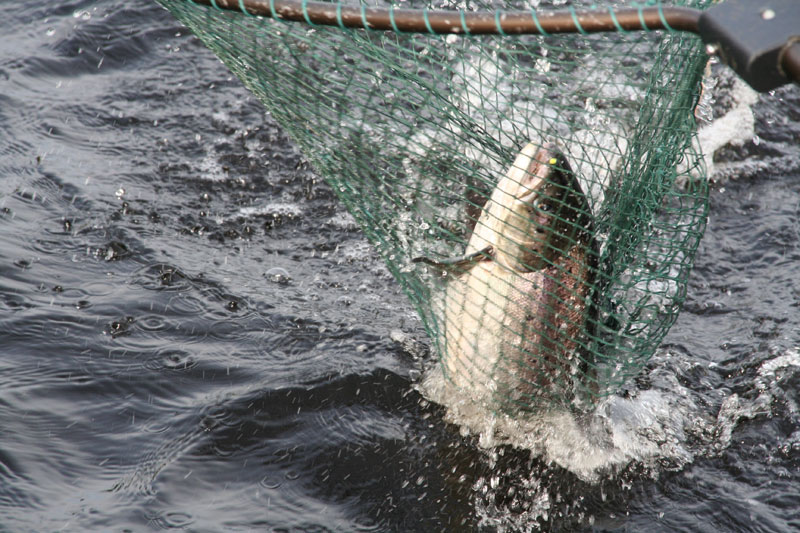 Yet Another Perfect Specimen from the Varzuga River

The fishing here is so highly prized, that the river is looked after by an armed military patrol called the AMON (the Russian equivalent to the SAS), to stop professional poachers who come from Murmansk and beyond, which they do very effectively and efficiently.

It is evident from their demeanour that they might be tempted to shoot first and ask questions later, where poachers are concerned!

The whole experience was exciting, educational and highly enjoyable, and the fishing was fantastic; my sort of fishing!

A 7-day Fishing expedition to the Kola Peninsula costs from £5,000 per person, including flights.

Roxtons offer a wide variety of sporting holidays in exotic locations all over the world and have an unrivalled depth of knowledge and experience.