One of the joys of living in Britain is that there are literally hundreds of well-run country hotels offering a huge variety of accommodation and dining experiences at many different levels, so much so that we have become spoilt for choice.

However, we at The Vintage Magazine are always searching for hotels and restaurants which have something special to offer, and one hotel  which meets these criteria is Langrish House Hotel. 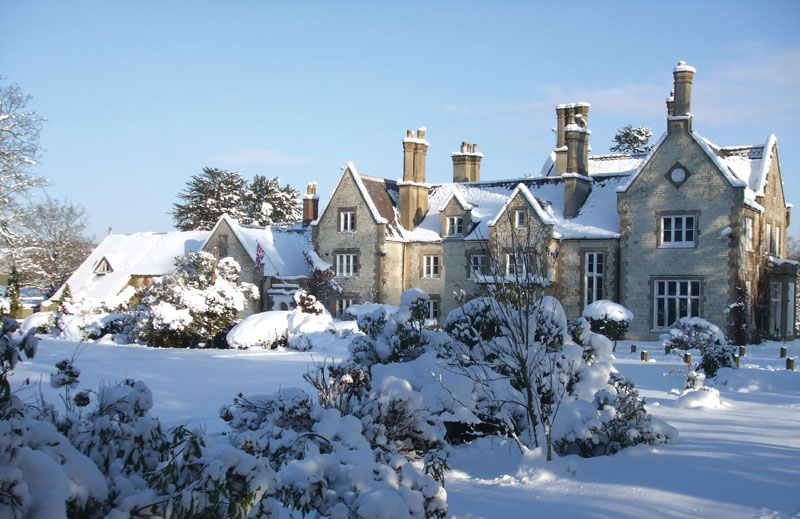 Langrish House is a typical English Manor House, situated in a beautiful setting at the head of the Meon Valley near Petersfield in Hampshire, in the heart of the South Downs National Park. It dates back to the early 1600s and has been the family home of the Talbot-Ponsonby’s over

seven generations.  It is now owned by Nigel and Robina Talbot-Ponsonby, who run it as a country house hotel who by hard work and dedication have collected many awards along the way, not just for their fine dining and as a former winner of Les Routiers national hotel of the year but for being a major part of the village and for playing host to community events, including the village fete every year.

It benefits from being less than one hour’s drive from Winchester, Alton, Southampton, Portsmouth, Godalming and Guildford, and only 10 minutes from Petersfield, all of which have extremely affluent populations, and this has made Langrish House Hotel particularly popular for weddings, surrounded as it is by wonderful gardens and grounds, which provide numerous photo opportunities.

Wedding parties may take over the entire hotel and have exclusive use of all the facilities, and it is also a perfect venue for Conferences, Board Meetings, and other corporate events, and the Talbot Room can accommodate 25 delegates, boardroom style, and 60 theatre style.

Nigel & Robina Talbot-Ponsonby are very experienced in hosting weddings and enjoy helping to plan an occasion that is unique to each couple.  Their aim is to make their home the wedding party’s for the day

I was recently reminded of what a wonderful setting this is when Nigel Talbot-Ponsonby very kindly invited me to lunch, and we sat on the lawn on one of the hottest days of the year, and had the perfect summer lunch overlooking the house and gardens which were in their full glory. All was well with the world, and God was in his heaven that day.  On a day like this, Langrish House is one of the best places on earth, occupying, as it does one of the most beautiful hidden wooded valleys in Hampshire, with wonderful views over the newly designated South Downs National Park.

These steep valleys are known locally as ‘hangers’, and this terrain lends itself to some of the best shooting in the south of England, and Langrish House Hotel provides the perfect environment for shooting parties to stay.  The hotel is also perfectly situated for attending all the events which take place on the Goodwood Estate, and the Chichester Festival Theatre and the Polo at Cowdray Park in Midhurst, all of which are less than 45 minutes drive.

Other local attractions include Jane Austen’s House at Chawton, near Alton, and Winchester with its magnificent Cathedral and medieval city centre and many independent shops, pubs and restaurants (see The Vintage Magazine’s ‘Insiders Guide to Winchester’ to be found in the LIFESTYLE section under ‘Fashion & Shopping’)

However, many guests prefer to enjoy the wonderful walks locally, or to just enjoy the peace and serenity, and a secluded escape from the pressures of everyday life. It is a haven of calm, where the guest can experience old-fashioned values of courtesy, charm, and superb cuisine.

Guests can enjoy the ultimate dining experience at Langrish House, either relaxing over a leisurely meal in Frederick’s 2 AA Rosettes fine dining restaurant or enjoying a romantic candlelit dinner in the hotel’s historic Vaults. Traditional English afternoon tea can be taken in the drawing room and during the summer Langrish House can also prepare a picnic for you to take with you into the stunning Hampshire countryside. 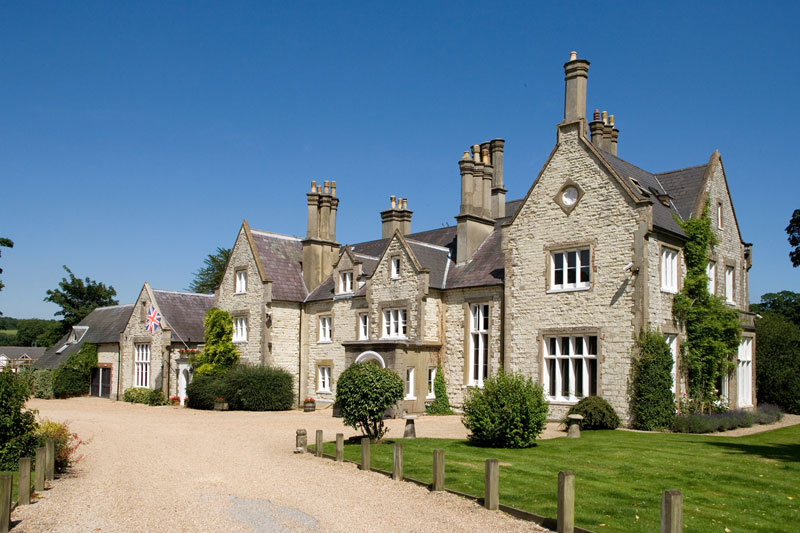 Guests might also reflect on the interesting history of the place:-

Langrish House dates back to the 17th century, but a house has stood on this site since the Doomsday Book.

During the Civil War most of Hampshire was ‘for the King’, but it would appear that the village of Langrish supported Oliver Cromwell.

When the Roundheads did particularly well at the nearby Battle of Cheriton in 1644, and took a number of Royalist Prisoners, there was a problem of where they should be held.  All the local strongholds were still in Royalist hands, and so unsuitable. They were therefore brought back to Langrish House and made to dig out the vaults, which are in use to this day for candlelit dinners.

For many years, Langrish, a substantial manor house, was owned by wealthy sheep farmers who used the Lake, called Wool Pond, extending to one and a half acres, for washing the wool.  However, in 1842 Nigel Talbot-Ponsonby’s great-great-great-great-grandfather, a significant Irish landowner, bought the house and cottages, and made major additions to it.

Langrish House’s heyday as a family home came under the tenure of Charles William and Constance Louisa Talbot-Ponsonby. They were married in 1868 and brought up 7 children here. Family archives paint a picture of jostling family life centred on the dogs, cats, chickens and outdoor sports.

There were musical recitals, plays, and croquet on the lawn, and journeys abroad, huge house parties for Glorious Goodwood and great celebrations such as Queen Victoria’s Diamond Jubilee in 1897, and I understand that the current crop of Talbot-Ponsonbys celebrated the Queen Elizabeth’s Golden Jubilee in similar fashion, with the firing of sixty cannon!

Nigel’s father, Edward, inherited the house and the Langrish Estate in 1937 – at the tender age of 19. He was fascinated by machinery and started ‘making things’ in the stables. By the time the War came in 1939, he had a thriving and very busy factory making cockpits for Spitfires, and Munitions for the War Effort.

During the War soldiers from New Zealand were billeted here and slept either in the house or in tents on the three large lawns.

The house temporarily left the family for 26 years when it was sold in 1972, and there was a big fire there in November 1976, soon after which it was bought by hoteliers, who restored it and turned it in to a Hotel.

Nigel and Robina were given the chance to buy the House back in 1998, and over the past 16 years have created something very special, a family owned and run hotel which is also their family home.

This is a symbiotic relationship whereby the income from the hotel has helped restore, renovate and maintain the building, and grounds thus allowing them to live in the house which had been in their family home for seven generations, and which they are pleased and proud to share with the hotel guests, and visitors alike and once again the house is alive with the sound of parties, musical recitals, all mixed with family life centred on the dogs, cats, chickens and outdoor sports.

Long may it continue.