Shooting has changed beyond all recognition since the turn of the last century when it was very much the preserve of the aristocracy and landed gentry and, to all intents, a private leisure pursuit.  Today, it is a much more commercial entity and, while open to a far wider audience and thus having enjoyed something of a renaissance, it has enabled many landowners to offset the enormous costs of running a shoot by selling days and, in turn, opening up opportunities to some of the country’s finest properties to which most people would not normally have personal access.

As one of the UK’s premier providers of field sports, Roxtons has been at the forefront of UK and worldwide shooting for over 30 years, organising days of driven game shooting for partridge, pheasants and grouse on many of the UK’s finest estates.  Roxtons has exclusive access to several of Britain’s premier shoots – many of which have stately homes where guns are often welcomed by the estate’s owner for meals or overnight stays.

The company also runs the world’s largest ‘roving syndicate’ and informal club arrangement which access to more than 50 partridge and pheasant days per season and where clients can take just one gun or part of a line without having to make larger commitments than they would wish.  It is the biggest and longest-standing roving syndicate of its type in the world.

Roxtons has an extremely diverse programme of bird shooting trips overseas – countries or regions such as Argentina, Eastern Europe, Morocco, Kenya and South Africa.  Argentina stands out amongst these, as a year-round shooting destination.

There is little doubt that dove shooting in Argentina must be on a shooting sportsman’s ‘ten things to do before you die’ list!

Imagine being able to shoot as few or as many cartridges as you like in a day, using the most varied types of shot available anywhere in the world. If this is what your shooting dreams are made of, then Dove shooting in Argentina may well be your nirvana.

You can shoot high birds in the hills or lower birds in the fields depending on the time of year. There is no closed season but the birds tend to be in the hills in the Spring/Summer and in the fields in the Autumn/Winter (opposite seasons to ours).  If you are looking only to shoot high birds on flight lines in the hills then early and late in the year is when you should travel, it is also a little warmer if you want to shoot in shirt sleeves and shorts.  During the rest of the year the birds tend to be in the fields in large quantities and provide some very good and varied shots. It can, however, be cold in the mornings and evenings.

The doves found in this region are Eared doves (Zenaida Auriculata).  In some areas like Cordoba there are literally millions of them and they are an agricultural pest.  They flight in the morning from their roosts to the feeding areas and then from the fields back to the roosts in afternoon.  A typical day’s shooting begins with a hearty breakfast.  Depending on the time of the year this may be before dawn.  Guns then head out to the pre-scouted flight lines. Depending on where your lodge is and the time of the year this may require a 300 yard stroll from the lodge, or a transfer of an hour in a 4×4.

On arrival at the shooting posts you will be introduced to your bird boy, who will stay with you for the day.   Ammunition, a seat and a cool box are provided.  The bird boy will count the number of doves that you shoot as well as the number of cartridges that you fire.  He will also provide you with more ammunition and drinks as required. 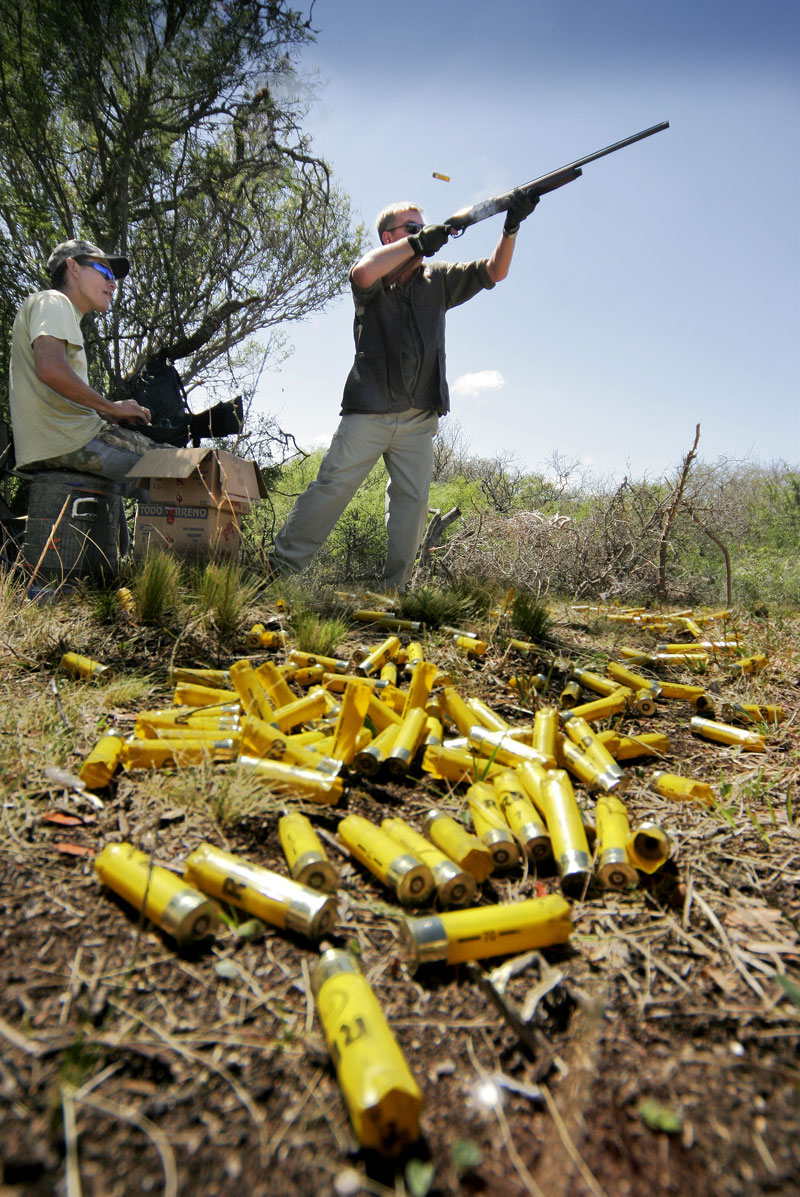 The birds will start flying pretty much as soon as you are in your post and will flight all morning and then will start to dwindle in numbers at around lunch time.  Lunch itself is something to look forward to as breakfast will seem like a long time ago.  If warm enough lunch will be an al fresco affair (or in colder weather in a purpose-built lunching lodge).  The guides will have set up a table with chairs either under a gazebo or in the shade of trees. 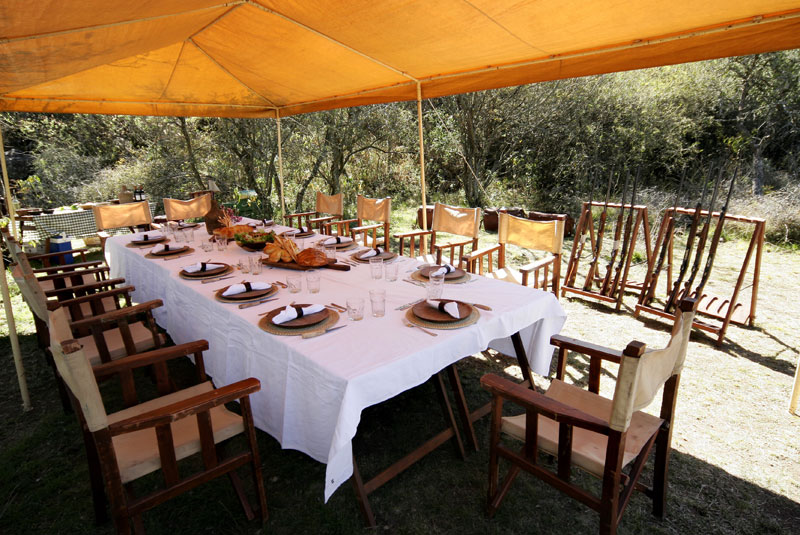 A short distance away a fire will be burning next to an asado barbeque, cooking delicious Argentine beef and chorizo.  Lunch is normally a feast of wonderful steaks, ribs, sausage and superbly marinated and succulent fresh dove breasts all served with salads and potatoes.  There is always some delicious Argentine Malbec red wine to savour as well.   After lunch there may be time to enjoy a siesta in a hammock before the afternoon flight begins.

The shooting in the afternoon can go on in the summer until 7 or 8pm, in the winter months it finishes about 5.30/6pm or earlier if preferred.  There is plenty of time to have a shower or bath and relax before a drink and a delicious dinner.  The likelihood is that you will not want a late night but the great thing is that you get to do it all again the next day. 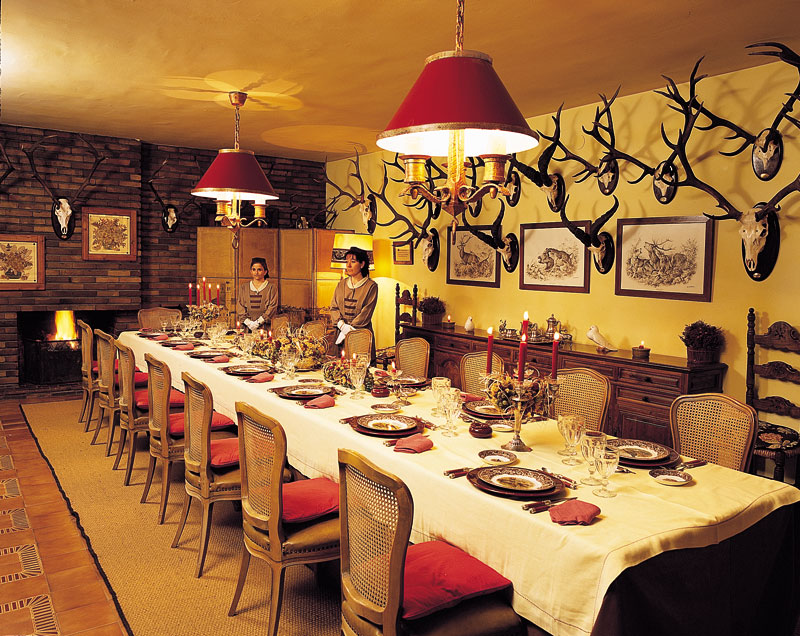 There are a number of lodges in the Cordoba region that offer dove shooting. As with hotels they charge different rates and generally you get what you pay for.  The cheaper lodges will not have the best shooting areas, accommodation etc, the more expensive ones will have and will provide the little extras like massages after shooting, better quality wines and drinks and single occupancy rather than shared occupancy accommodation.  There are now some exceptional lodges with superb shooting. 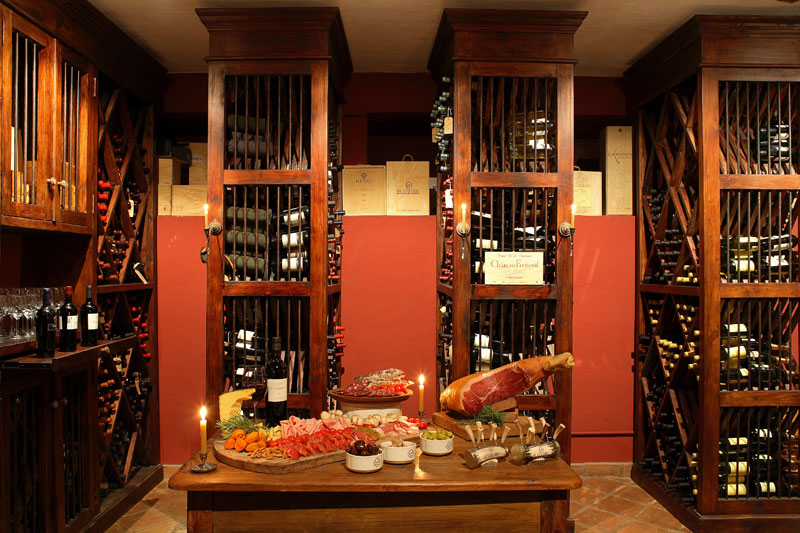 On the whole shooting in Argentina is not expensive when you consider what you are getting, but your cartridges are generally not included in the daily rate so it can add to the cost as you will probably fire quite a lot of them.  Lodges tend to charge by the night and include full board accommodation, return transfers to and from Cordoba airport and the shooting. 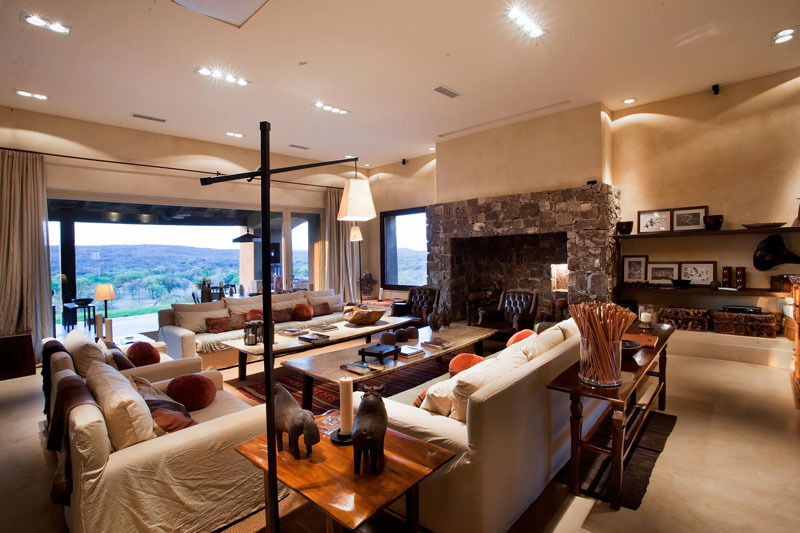 Licences are not included.  All of the lodges will have a choice of guns for guests to hire.  These will most likely be 20 bore over and under or semi-automatic shotguns; some lodges will have 28 bores as well.  It is a good idea to hire guns at the lodges; it saves a lot of hassle and time at the airports.  If you do want to take your own gun then you will need to apply for a licence on arrival in the airport and there is a small charge for this.

Only take shooting kit that you are comfortable in, there is no need for tweeds. Take layers which you can shed or put on as to suit the temperature changes. Good quality shooting glasses, gloves, ear defenders, comfortable ankle boots and a good long peaked hat/cap are a good idea.  Fleeces, cotton trousers or even American style bush pants are ideal for this type of shooting. Be sure to take a recoil pad for your shoulder!!!

The lodges tend to be quite relaxed by way of dress codes in the evenings and there is nearly always a daily laundry service (which may be charged for as an extra).  There is no such thing as a good shooting shop in Argentina, so take all of the shooting necessities with you.

As with most shooting abroad, the lodges/outfitters use agents in the UK.  The lodges pay the agent commission rather than the agent charging a fee to the client.  This way the client gets the agent’s service and experience as well as the trip organisation for free, without paying any more than if they book directly with the lodge.  Be sure the agent is ATOL protected and ensure that you have third party insurance cover which covers shooting abroad and suitable travel insurance.

Argentina is a diverse country with glaciers in the south, fabulous vineyards in the west, deserts in the north and rainforests in the north east.  If you are going to be travelling that far away, it is always worthwhile staying a little longer to explore this wonderful country. 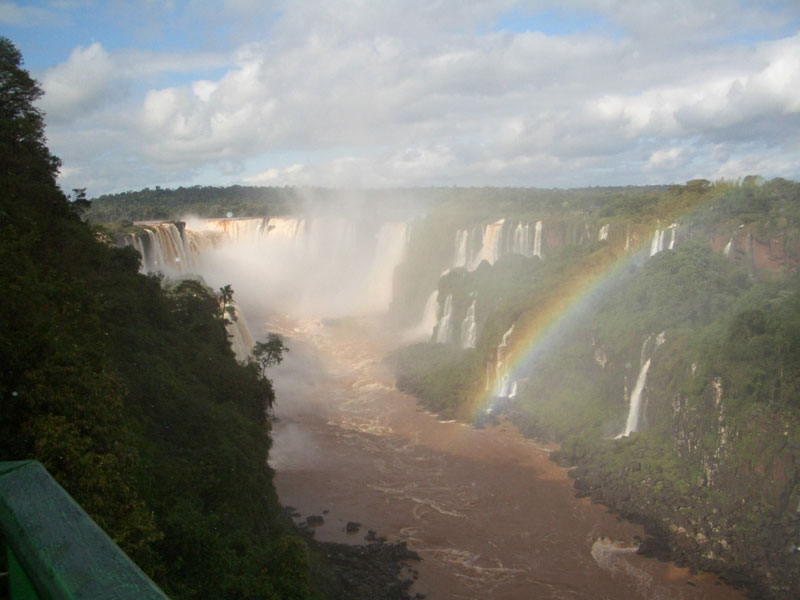