We were recently fortunate enough to be lent a special edition, Aston Martin ‘Vanquish’, which was produced as part of their 100th Anniversary Celebrations, so we decided that such a beautiful piece of automotive engineering deserved suitably elegant settings, and the first of these was provided by the Ellenborough Park, a Mantis hotel which occupies a stunning position overlooking Cheltenham Race Course, and so is very popular with the Irish ‘High Rollers’ during Cheltenham Gold Cup Week. 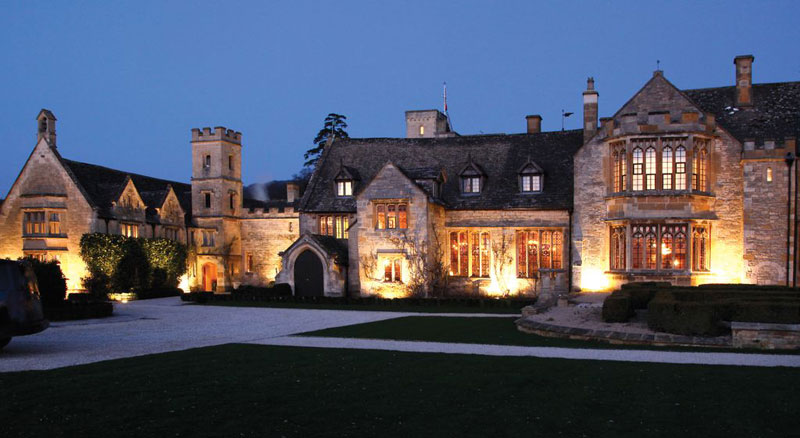 This ancient house on the original Cheltenham Racecourse Estate, has been the subject of extensive renovation and development over the past few years since 2008, when it was acquired by the current owners, and is now a successful hotel catering to small conferences, weddings and couples on romantic interludes, not to mention the horse racing enthusiasts, who flock there for all the meetings, especially the Cheltenham Festival!

Having collected the Vanquish from the Aston Martin HQ at Gaydon in Warwickshire, we drove south through the Cotswolds, and arrived at the Ellenborough Park to a warm greeting and settled into our spacious luxury double bedroom in the one of the new annexes which have been sensitively designed to fit in with the existing buildings, some of which date back to the 14th century. Great care has been taken to use the local Cotswold stone to blend with the original which involved the reopening of the old quarry to match the original stone.

We were very kindly given a comprehensive tour of the hotel by Ben Butler, the Marketing Assistant, who, as a history graduate has taken a great interest in the history of the hotel and its previous owners dating back to when construction commenced in 1500 by Thomas Goodman, when it was called Southam House.

Thomas Goodman’s granddaughter Eleanor, married Kinnard be Bere and the estate passed to Richard de Bere in 1609, who made major alterations.  The estate was then sold to the 1st Earl of Ellenborough, Governor General of India in 1833, and inherited by his son Edward in 1871, and remained in his ownership until 1927 when it was rented out and then broken up.

However, it enjoyed a short-lived alternative use as The Oriel School for girls from 1947 until 1972 when it was converted to use as a hotel, and then acquired by the current owners in 2009, when it was completely refurbished, extended, and re-opened as the Ellenborough Park in 2011, just in time for the Cheltenham Festival, with full occupancy, and has been thriving ever since. 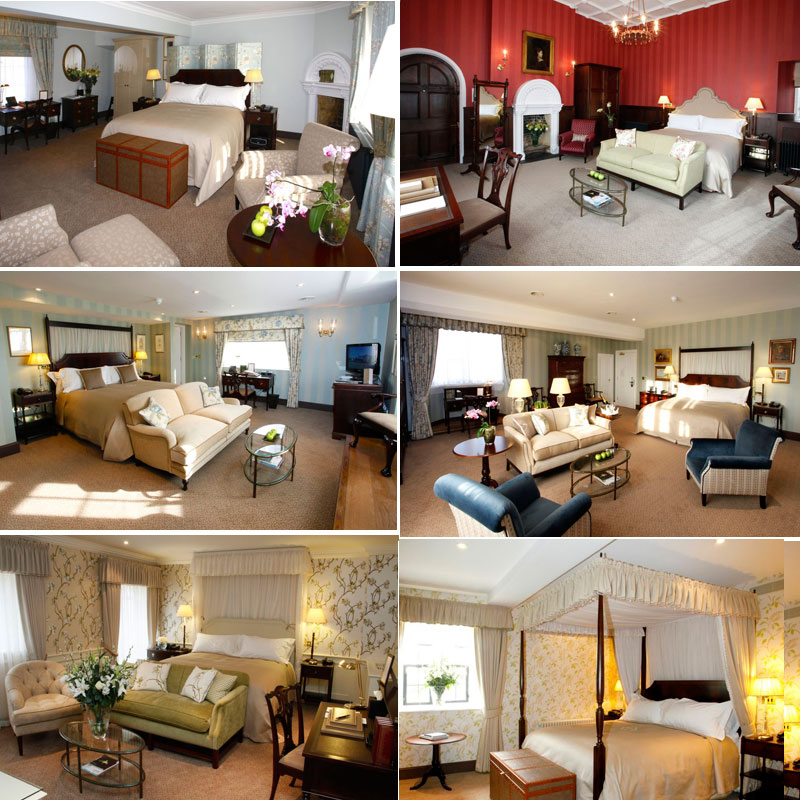 It now has 62 rooms and suites, each individually designed by the doyenne of country house hotel interiors, Nina Campbell, who we can confirm still has not lost her touch.

It also boasts a state-of-the art Spa with seven treatment rooms, a Spa Pool, Sauna, steam room, and a range of specialist treatments, not to mention a large outdoor pool which is kept heated throughout the year.

One of the fun rooms is at the top of a large tower, where there are fantastic views of the Racecourse, and a Telescope permanently aimed at the Finishing Line! 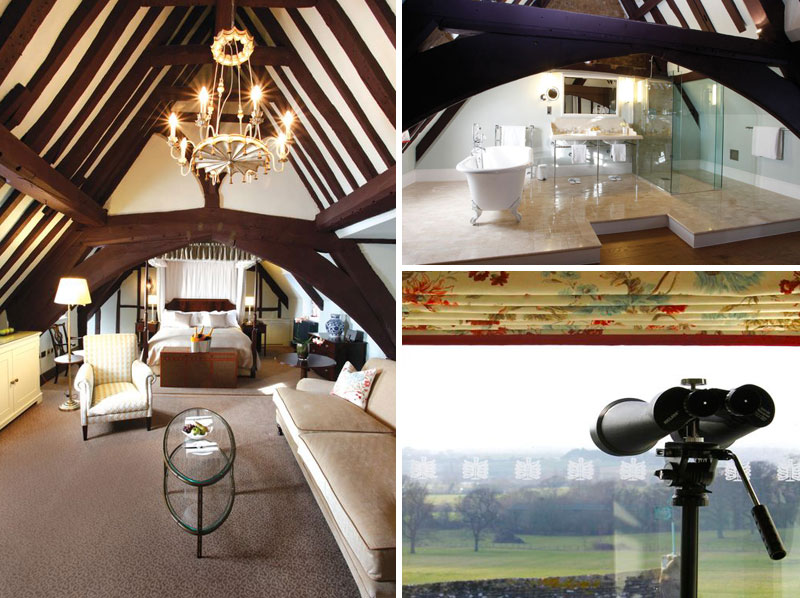 I can imagine what it must be like during the Cheltenham Festival, with the Irish racing fraternity in town, and Ellenborough Park must be one of their favourite destinations, with the hotel running shuttle buses for the guests on race days, and I can imagine the punters in the bar in the evening enjoying the ‘craic’.

However, it was somewhat quieter during our stay, and we looked forward to our dinner in the Beaufort Dining room, where a table had been reserved for us.

It was whilst we were dressing for dinner that my wife, Chrissy, sent me on a mission, which I was not confident I could fulfil, and that was to procure a pair of tights to replace those she had omitted to pack.   I duly approached the hotel receptionist and presented her with this challenge which she rose to with impressive efficiency and within minutes presented me with a selection of the said items for my wife to choose .  I have to say this was just one example of the impressive attention to guests’ needs which we encountered during our stay.

This eagerness to please was further demonstrated when Ben Butler kindly offered to step in as official photographer the following morning, and he is responsible for all the photographs, for which we are very grateful.

So, that evening we enjoyed a superb dinner in beautiful surroundings, and were looked after by the Head sommelier, Clio Giudici, whom, it transpired, had  trained under our old friend from Hotel du Vin, Gerard Basset, and displayed an intimate knowledge of the extensive Wine List. 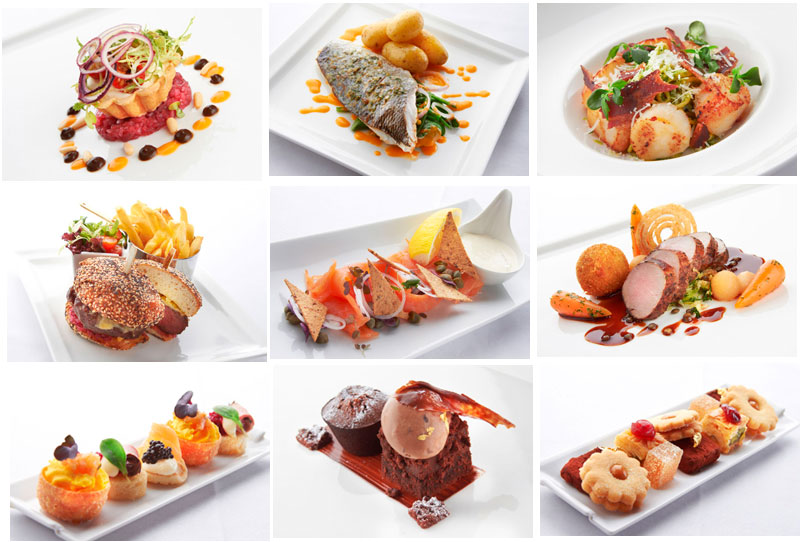 The chef at Ellenborough Park is David Kelman who has worked at Bodysgallen Hall Hotel in North Wales, and followed that by becoming Head Chef at Lower Slaughter Manor in Gloucestershire, where he gained three AA rosettes for food, and contributed to the hotel   becoming a member of the Relais & Chateaux.

The Menu he has created at Ellenborough Park reflects his current taste and style, and he believes that food should be prepared in a way that allows the natural flavours to speak for themselves.  When designing a menu, he always selects ingredients that show off the best the Cotswolds has to offer, from local farmers and butchers to artisan cheese producers, and he always buys locally if he can, but if not, then he always tries to source ingredients from the British Isles.

At Ellenborough Park, he has introduced some theatrical dishes to the menu, such as Baked Alaska, and Chateaubriand, both of which are presented at the table with finesse by his dedicated team.

We decided to have breakfast in our room on Saturday morning, and it was served piping hot, and right on time, two things which few hotels achieve.

After breakfast we had arranged to take some photos of the Aston Martin Vanquish in front of the hotel, so I collected it from the car park, and parked it strategically for best effect, and it drew admiring views from all the other guests as they checked out. 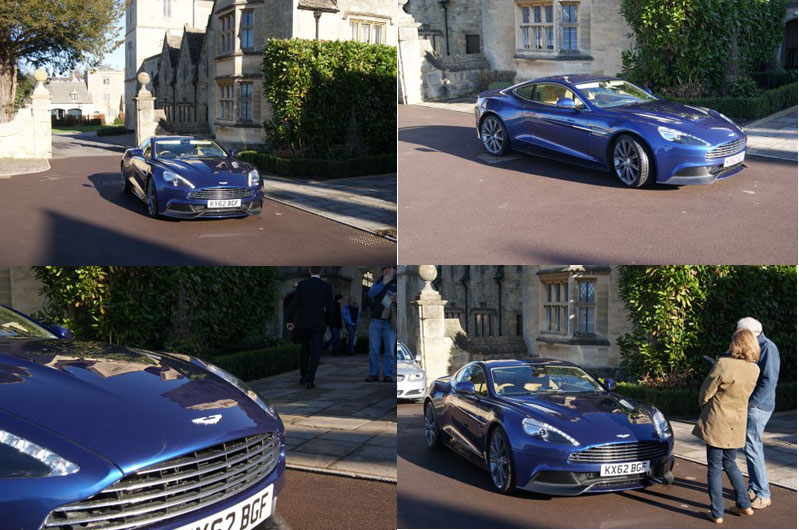 I also met the Assistant to the General Manager,  David Tollemache, whom it transpired is a friend of my third son, Harry, who had been at a birthday party in London with him on the Thursday, so that was a happy coincidence, and David helped orchestrate the photo shoot with great aplomb.

We were sorry to leave Ellenborough Park, having enjoyed our stay so much, but will hopefully return one day, although it will be not be quite the same without the Vanquish!

However, if you are ever in that part of the country, then be sure to sample its hospitality, and enjoy the sumptuous surroundings, and there is plenty to do nearby, as well as enjoying the Races if there is a  meeting on during your stay. 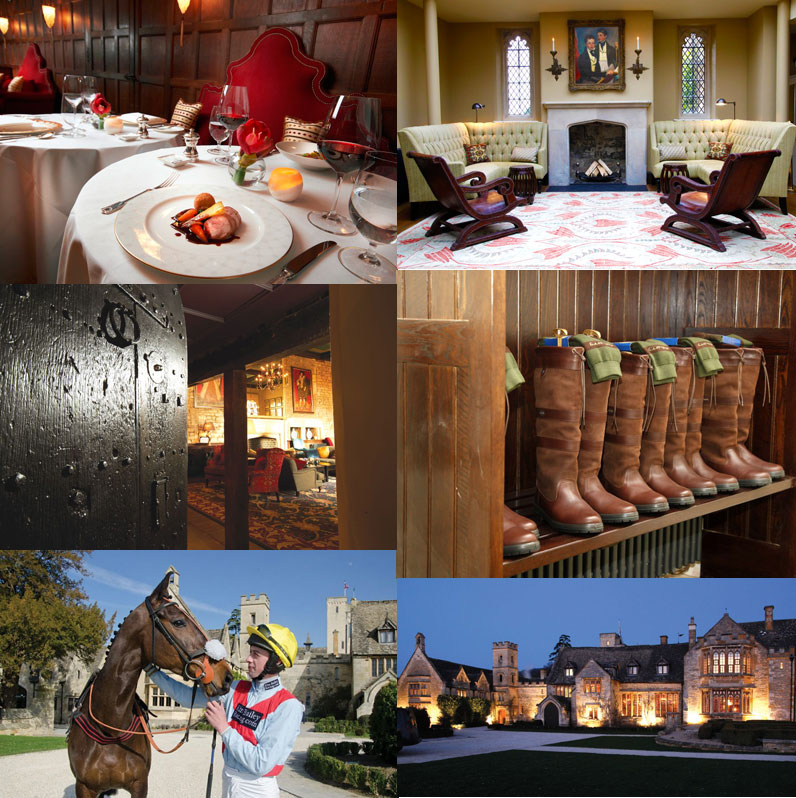 P.S. Ellenborough Park have very kindly offered readers of The Vintage Magazine, two nights in a luxury room for the price of one in February (excluding 14th-16th February)