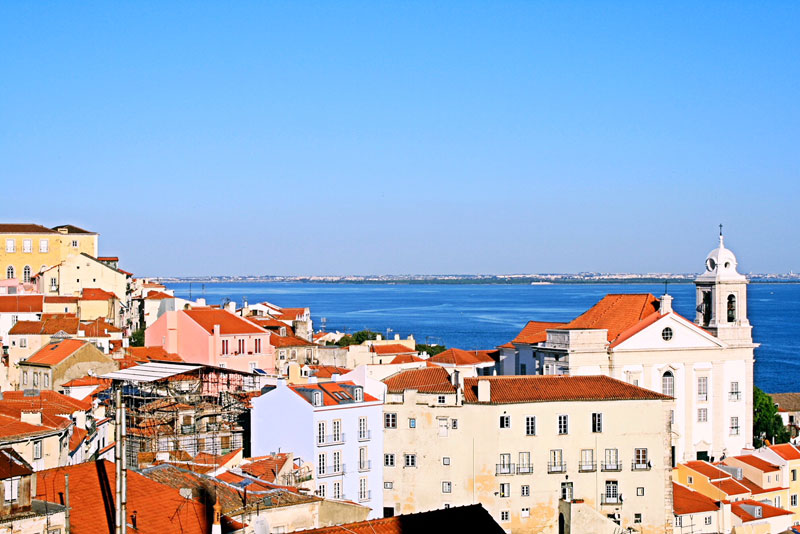 Recently in Millesime Bio (the world’s largest organic wine fair) in Montpellier, I overheard a conversation between a visitor and a Portuguese wine producer.  After tasting some of the impressive wines which were mostly clean and showing pure fruit characters, the visitor challenged the producer by asking, “with a wine [pure] like this, where is the Portuguese ‘terroir’?”

The question is not an easy one. Famous for its Port wine and infamous for many cheap and cheerful Rosés, Portugal wine industry have undergone some dramatic transformations in the last few decades. Huge funding had been injected into many different regions, which helped to improve winemaking techniques, equipment and vineyard management.

But the Portuguese, long been criticised by some marketing experts for their unpronounceable and difficult-to-sell grape varieties, continue to guard and cherish their native varieties and slowly but surely prove to the world that you don’t always need Cabernet Sauvignon, Chardonnay or Sauvignon Blanc to win sales.

Focusing on what you have, embracing new technology as well as protecting ancient traditions, one can make impressive wines and proudly show the ‘terroir’. 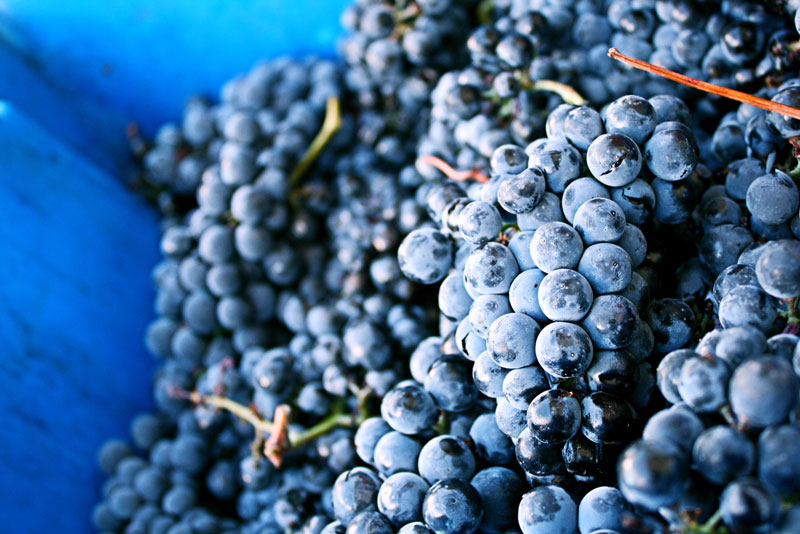 The Portuguese are the guardian of their native grapes

During my short stay in Montpellier, I thoroughly enjoyed trying the below Portuguese organic ‘terroir’ wines. 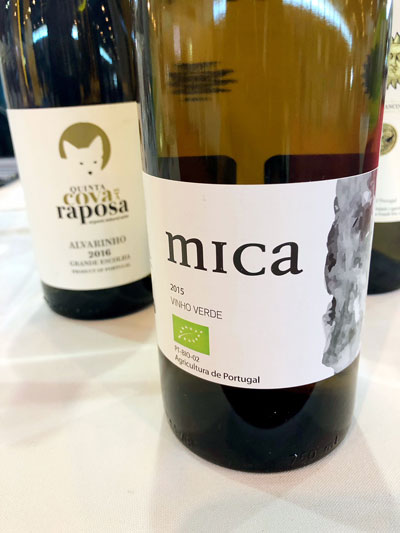 Made by a group of four organic wine producers in Vinho Verde region in the northern part of Portugal, Mica is their flagship wine made by a blend of Loureiro and some Azal and Trajadura. “Loureiro” means “laurel” and typically shows aromas reminiscent of laurel flowers, orange blossoms, apple and peach. It has refreshing acidity balanced by some residual sugar (19 g/l).

I asked the producer Antonio Sousa Pereira if Mica is always off-dry?  The answer was, “it depends”.

He told me that 2017 was a very dry year in the region and Loureiro had lots of sugar accumulated by the time of harvest.

Every year, Mica has different style ranging from bone dry to off-dry. They just let the nature take its course. 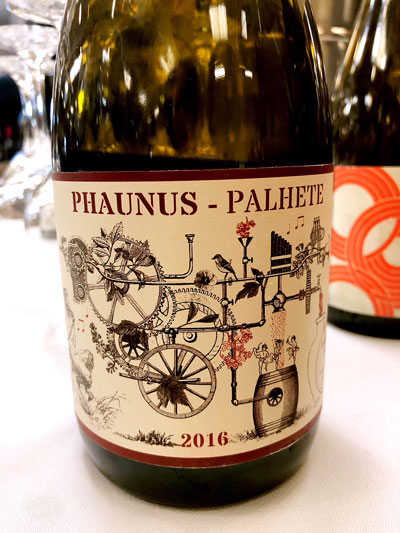 A blend of 80% Loureiro and 20% Vinhão made by this biodynamic producer. This is not your usual Vinho Verde! It’s quirky but it’s also ‘traditional’.

I also admire their wine label which shows a Faun (a mythological half human–half goat creature) enjoying some music whilst the vines and grape juice are working hard together to produce delicious wines. 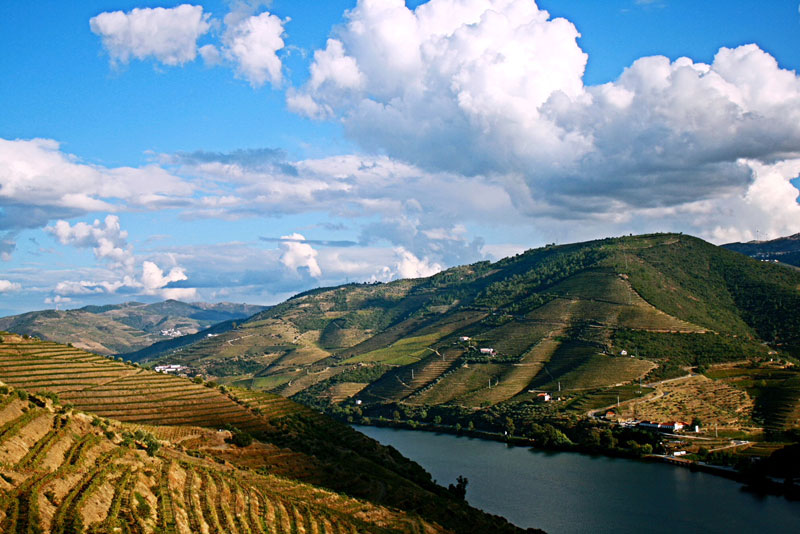 A View from the Douro Valley 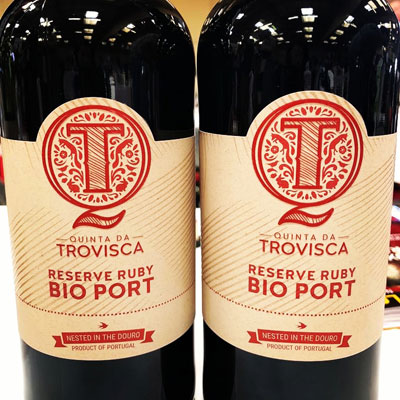 Moving down to the renowned Douro region, in the middle part of the mighty Douro river, the Quevedo family are implementing a challenging project that not many producers in the region are prepared to do at the moment.

They have recently converted 5 hectares of their 140 hectares vineyards to organic and have made a Ruby “Bio Port” from those grapes.

Cláudia Quevedo, the winemaker told me that they want to see if the market is ready for an organic Port and that they hope to convert the other vineyards gradually, step by step.

The Bio Ruby Port is delicious, with lots of mixed red berries flavours and the refreshing acidity balancing the sweetness very well.

I surely hope the market is ready for such a delightful wine. 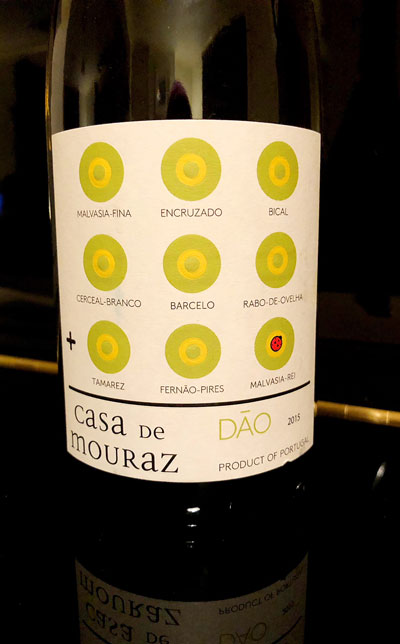 This mind-blowing white wine is a blend of about 15 native grape varieties, including Encruzado, Malvasia-Fina, Bical and many others. It shows citrus, apple, pear and a bit of blossoms on the nose followed by a well-balanced palate with bracing acidity.

The biodynamic vineyard and winery were sadly engulfed by wide fire that affected many areas in the region in October 2017 but fortunately they were able to save some pallets of wines.

They had launched a crowdfunding campaign awhile back to raise fund for the winery rebuilding project but have yet to reach their overall target. They plan to do another wave of fundraising events.

Do help if you can by buying their many marvelous wines! 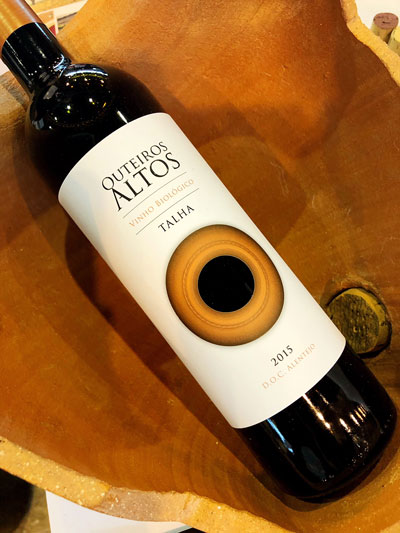 “Talha” has its origin from the Latin word “Tinalia” which means large clay pot or vessel.  It has more than 2000 years of history in Alentejo dating back to the Roman times and was used for fermenting grape juice or storing wine, olive oil etc.

In 2012, the region’s authority saw a need to create a DOC (Controlled Denomination of Origin) specifically for wines made in Talha in order to preserve this ancient tradition. Many respectful producers are now making wines this way. One of which is the organic producer Herdade dos Outeiros Altos.

This Talha wine is a blend of Trincadeira, Alfrocheiro and Aragonez. After the grapes were de-stemmed and gently crushed, they were fermented in separate Talhas of 1200 litres.

The DOC rule dictates that talha wine must stay in the clay pot till Saint Martin’s Day, the 11th November. But this wine stayed in Talha till 22nd December then transferred to closed vats to stabilise for several months.

The wine has plenty of blackberries, plums and spices. It still has some gripping tannins on the palate but the acidity is refreshing.

Producer Jorge Cardoso told me that since more people are now making Talha wines, the biggest issue they are facing now is where to source these ‘antique’ large clay pots which now cost around 2,000 euro per one! 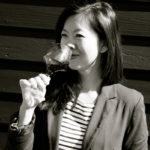 Originally from Taiwan, Leona has been working in the wine industry for more than 10 years as freelance wine writer, translator and educator. She wrote and translated for Decanter Magazine (Chinese Edition in Taiwan), Le Pin Magazine in Hong Kong and is the UK & Europe Correspondent for the most influential wine and spirits magazine in Taiwan (Wine & Spirits Digest). She is also the translator for The World Atlas of Wine, American Wine and Natural Wine.

She obtained her WSET Diploma in 2016.